Thomas is missing two permanent molars underneath the baby molars.  When his orthodontist first saw this he told me we should just watch and hopefully be able to keep the baby teeth as long as possible.  The next time we went in to him he took more xrays to check on them and they had fused to the bone and needed to come out.  We went to our fabulous dentist to have them removed.  Poor Thomas!  He was so brave and patient.  It took a long long time.  Those roots were seriously fused to the bone!  The dentist ended up cutting the teeth in pieces before removing them.  Then he had to drill around in there to get all of the roots.  Once he thought he had it all, he took xrays to be sure and there was some root left on one side that he had to go back in and drill out.  This is a picture of the xray.  He was a bit pale, but still smiling. 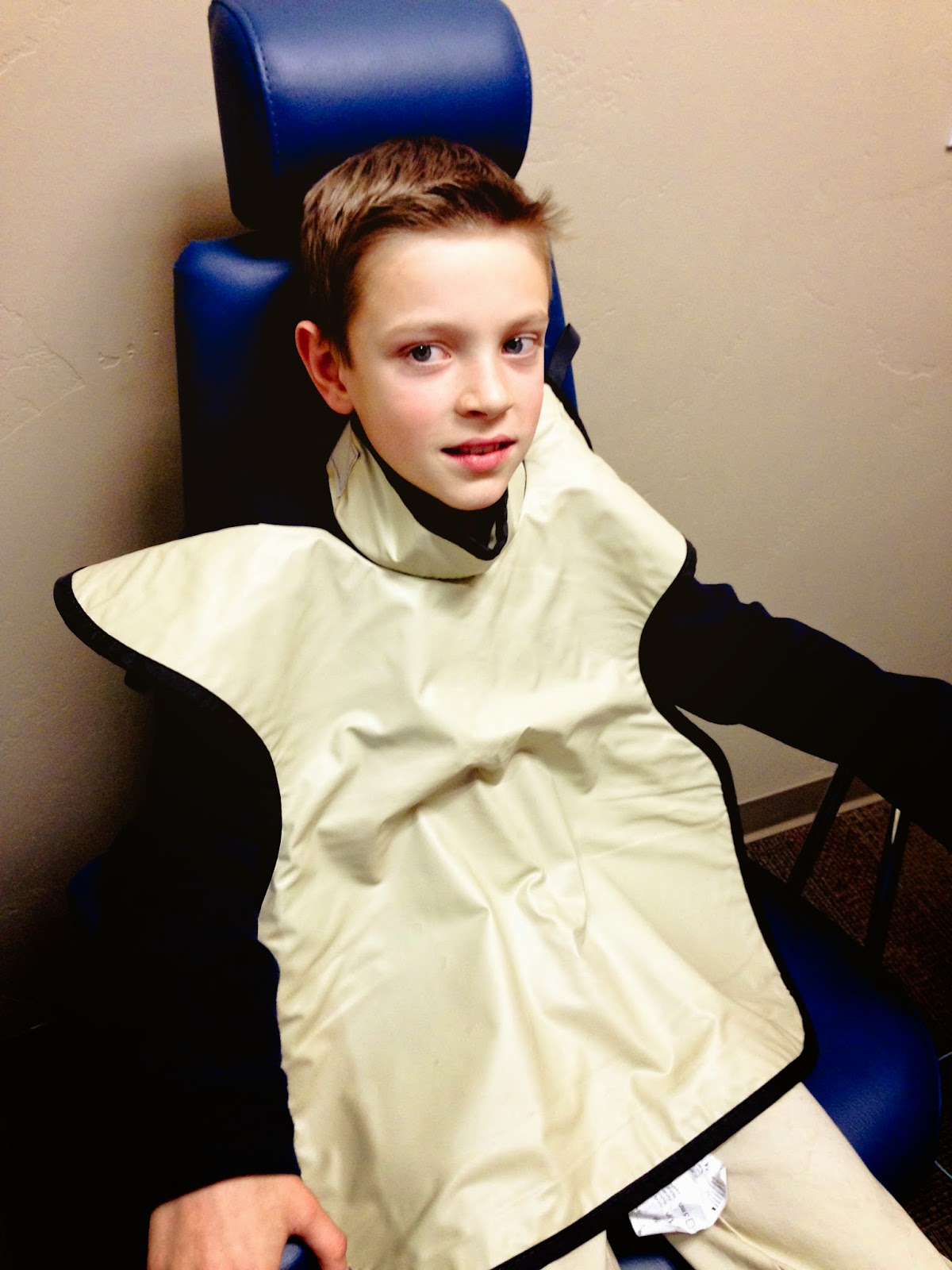