I have been wondering how to save a hard copy of my blog...not that I'm all that great at keeping it up. Maybe I would write more often if I knew I could save it somehow. Anyway...my friend Karin mentioned on her blog this website www.blurb.com which will 'slurp' your blog and put it into a book. A hardcover book with 40 pages is less than $25. You can do up to 440 pages. I just browsed the site and it looks really good. I thought I would share in case anyone else is interested.
Posted by berrymom at 7:52 PM 3 comments: 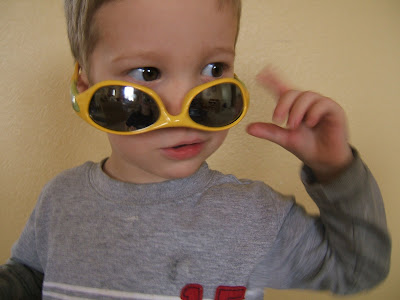 Nicholas is so funny about his sunglasses lately. He wants to wear them all the time! It is even cuter because he usually puts them on upside-down. What a fun, silly boy.


I don't have a picture of this, but last week I took the boys to watch our young men play church basketball. After a particularly rough play Thomas asked, "Mom, when are they going to put their helmets on?" Later, there was a time out and Nicholas said, "What are they doing Mommy?" I said, "They are having a time out." He got a very sad look on his face and said "Oh." I realized that he thought they were getting in trouble. The people behind us kept laughing at all of their cute comments. I love my little boys! 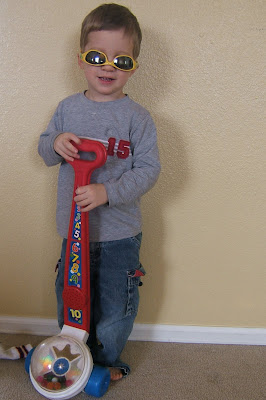 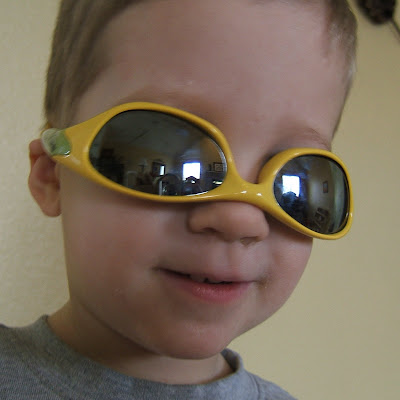 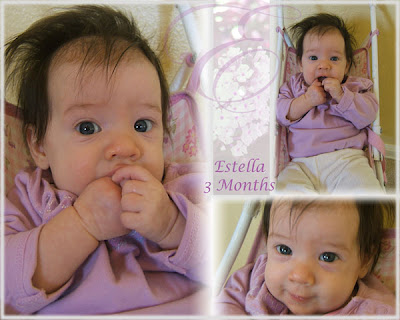 Our little one is over three months old now. These pictures were taken Feb. 1st, which was two days before she was 3 months old. She is already full of personality. She loves to look people in the eye and coo. She can't resist a smile. I have to stop myself from looking at her while she is nursing, because she is always looking at me and if she sees me look at her, she can't help but smile, which disrupts nursing.
Nicholas is potty training now. He is doing great! He decided about a week ago that he was through with wearing diapers. He doesn't even want to wear them at night. He is definitely not able to go through the night yet, so that has created some problems. The first night he was adamant, so we let him fall asleep in his underwear and then put a diaper on over the top of his pajamas to at least save the sheets. He didn't wake up wet until 2:00 a.m. (I was expecting much sooner than that). He was then willing to put on a diaper. Anyway...enough details...he is doing well, and I am proud of him for deciding to do it.
Thomas started taking piano lessons and violin lessons. I know you will all think that is crazy. I was not planning on having him start either for a few more years. Jackson's Grandma Birkedahl teaches piano and LOVES to teach the grandkids. I mentioned to Thomas that if he wanted to, she would teach him. He was so excited and just wouldn't let it go, so we decided to give it a try. He loves it. Grammy and I decided to just be very laid back and make things fun and pressure free, so it is fun for him. While he has his lesson with Grammy, Nicholas plays with Grampa doing little puzzles that Grampa makes and playing with other toys. As soon as we get there Nicholas runs around the house calling, "Grampa, Grampa, Where are you?" It is so fun to see them interacting with their great grandparents. Jackson's mom teaches violin and she also likes to teach the grandkids. She had mentioned that in order to develop a good ear (to play in tune) it is important to start early. I just kept thinking about it and feeling like this was a good time to have him start, so we went for it. If it gets to be too much for him we are totally willing to stop, but he LOVES it so far. He loves the lessons and even the practicing. We will see how long it stays fun. I will try to remember to take my camera to the lessons and take some pictures of him. He looks so cute during the lessons!
Posted by berrymom at 7:54 PM 4 comments: 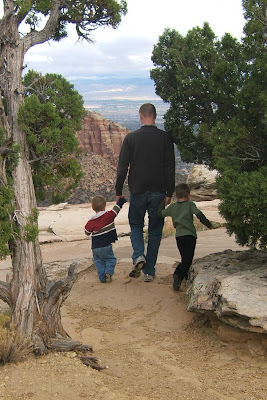 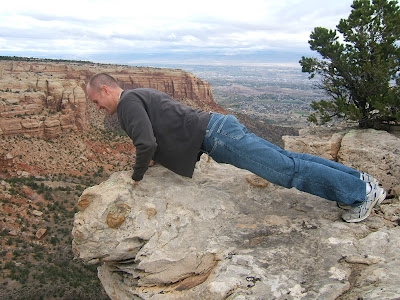 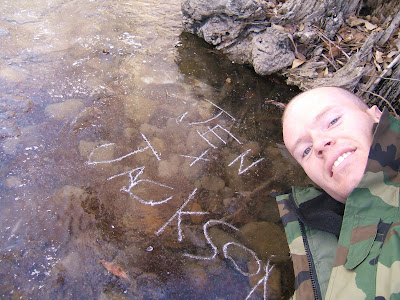 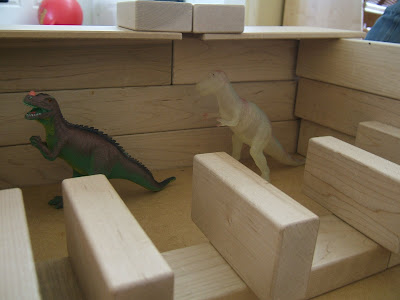 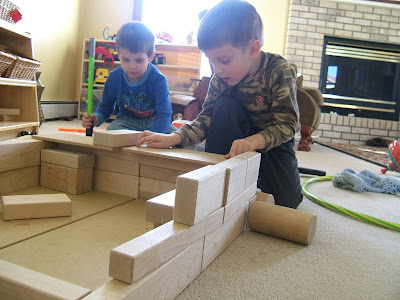 Let me say that I LOVE these blocks that we have. We bought them for Christmas 2006 and I am happier and happier with them as the boys have gotten older. Jackson had this same block set when he was growing up and LOVED it, so that is how we knew about them. They are from Community Playthings. They are expensive, but worth every penny. If anyone is considering getting them, the shelf is SO nice. My mother in law bought that for us when we told her we were getting the blocks. It is from the same company as the blocks. 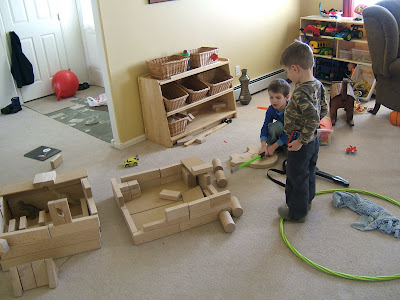 The other shelf that has toys on it is also a Community Playthings shelf and was a gift this year from my parents in law. I love it for a few reasons. 1-it has wheels that you can flip, so you can use them or tuck them under. They are great because if I don't want all the toys out everywhere I can easily turn the shelf around facing the wall, putting the toys out of sight and reach. 2- The back of the shelf is a flannel board. I don't have any flannel board stories yet, but Thomas and I made a few animals that are fun to arrange. Well..there's my plug for Community Playthings...expensive, but worth it.
Posted by berrymom at 7:50 PM 4 comments: