Here is a video of the sweet little one babbling a little bit. She just melts all of us.
Posted by berrymom at 11:56 AM 2 comments:

Thomas loves to dance and move...especially if the song is a bit wild and crazy. He heard this song and asks for it over and over and over now. Here is a sample of him dancing to it. I took this video on his third time through the song, so he is a bit tired. When he is tired he uses the part of the song that is just music as his "point and rest part." He cracks me up! Oh...you can also see the tile that Jackson and I put in just before Estella was born. Doing the grout is what put me into labor. I just watched the video again and realized that both boys are only half dressed. That isn't abnormal at our house. Thomas always takes his shirt off because he likes to run really fast and feel the air on his chest. Nicholas takes his pants off for various reasons...lately it has been because he is going to the bathroom in his little potty. I think we are going to begin potty training whether I am ready or not.
Posted by berrymom at 10:30 AM 5 comments: 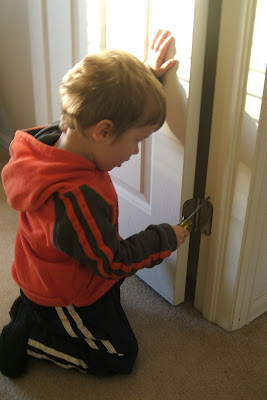 We have our screwdrivers hanging on a pegboard int he garage. Nicholas has figured out that if he stands on his tiptoes on the edge of the step leading to the garage, he can reach the screwdrivers. When he first figured it out he was trying to undo the screws that hold the electric socket plates onto the wall. This was VERY stressful for me because he would also stick the screwdriver into the socket. I have learned that nothing bad happens if you stick something into the round hole...at least nothing did the three seperate times Nicholas did that. I think I have sucessfully diverted his screwdriver attention to something much safer and less stressful...doors. I'm not sure what I will do when he gets strong enough to actually get the screws out, but for now we are both happy. 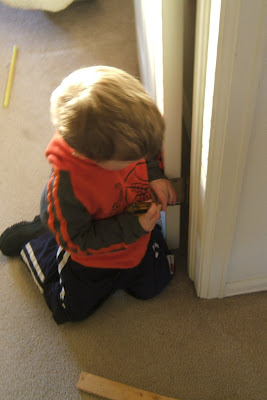 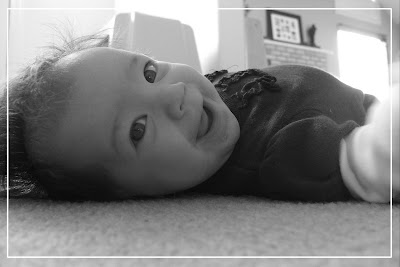 I can't ever post anything without including a few pictures of this sweet litte one :) 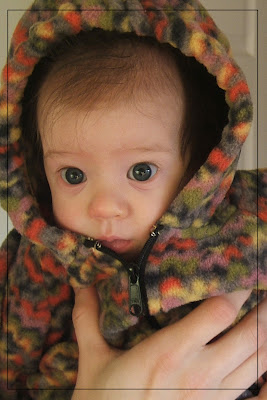 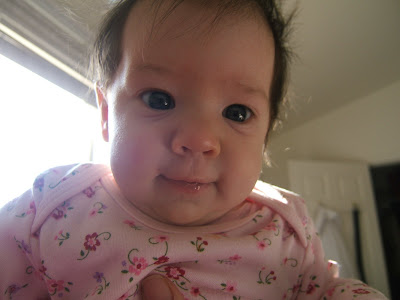 Here are a few pictures of sweet little Essie. Thomas has been taking pictures with our camera lately. I was nervous to let him use it, but after I explained how to handle it he seems to treat it pretty well. The first two pictures here were taken by Thomas. I was pretty impressed. Something I have learned from Thomas about photography is that if you take enough pictures, a few of them are bound to be good. The second picture here I put on because it shows her crazy hair. Wherever we go I always hear, "Look at all that hair!" 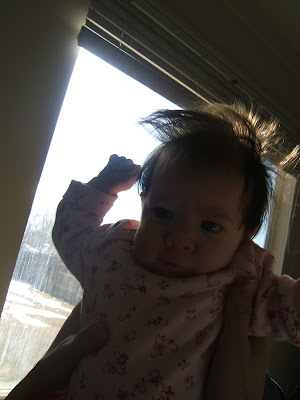 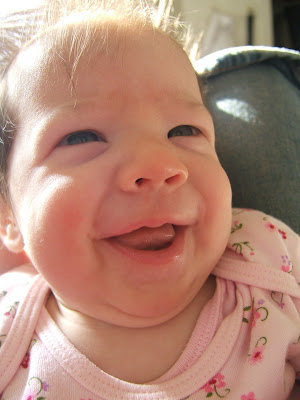 Here is a picture of our sweet little Christmas girl. We have had some computer issues the past week and Jackson had to wipe the computer clean and start from scratch. It is sure nice that he learned how to do that when he was working for the Air Force. It has saved us more times than one. We have been hit pretty hard in the sickness department lately. We all (including the baby) got a BAD cold. We all had barking coughs and felt pretty crummy for a good week. Most of us are still coughing, but I think we are past being contagious. Today Nicholas has been flu sick. He has thrown up at least 8 times...poor little guy. We feel lucky, though, that this is unusual for us and that we are usually very healthy. Feeling a little under the weather sure helps you be grateful for feeling good most of the time. 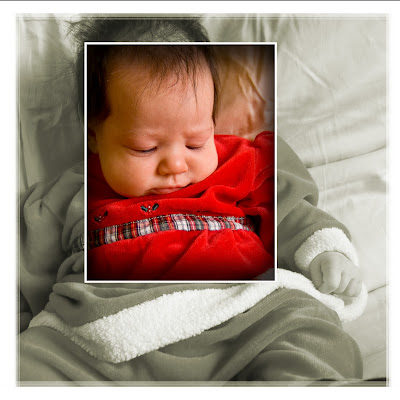