The kids had crazy hair day at school.  Thomas and Nicholas both sported mo-hawks.  They kept telling me, "This is normal hair for a lot of people in my class, but it is crazy hair for me." 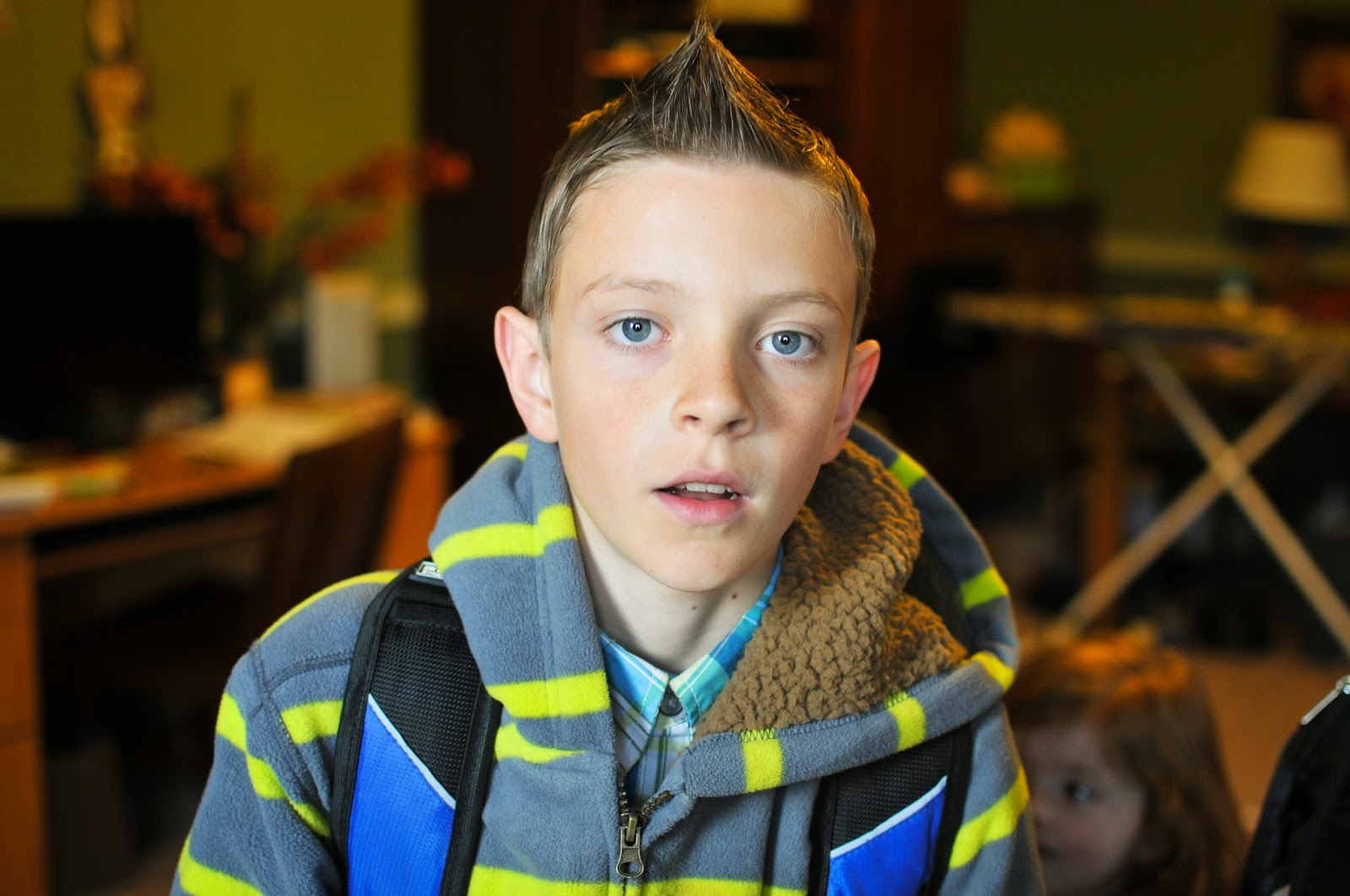 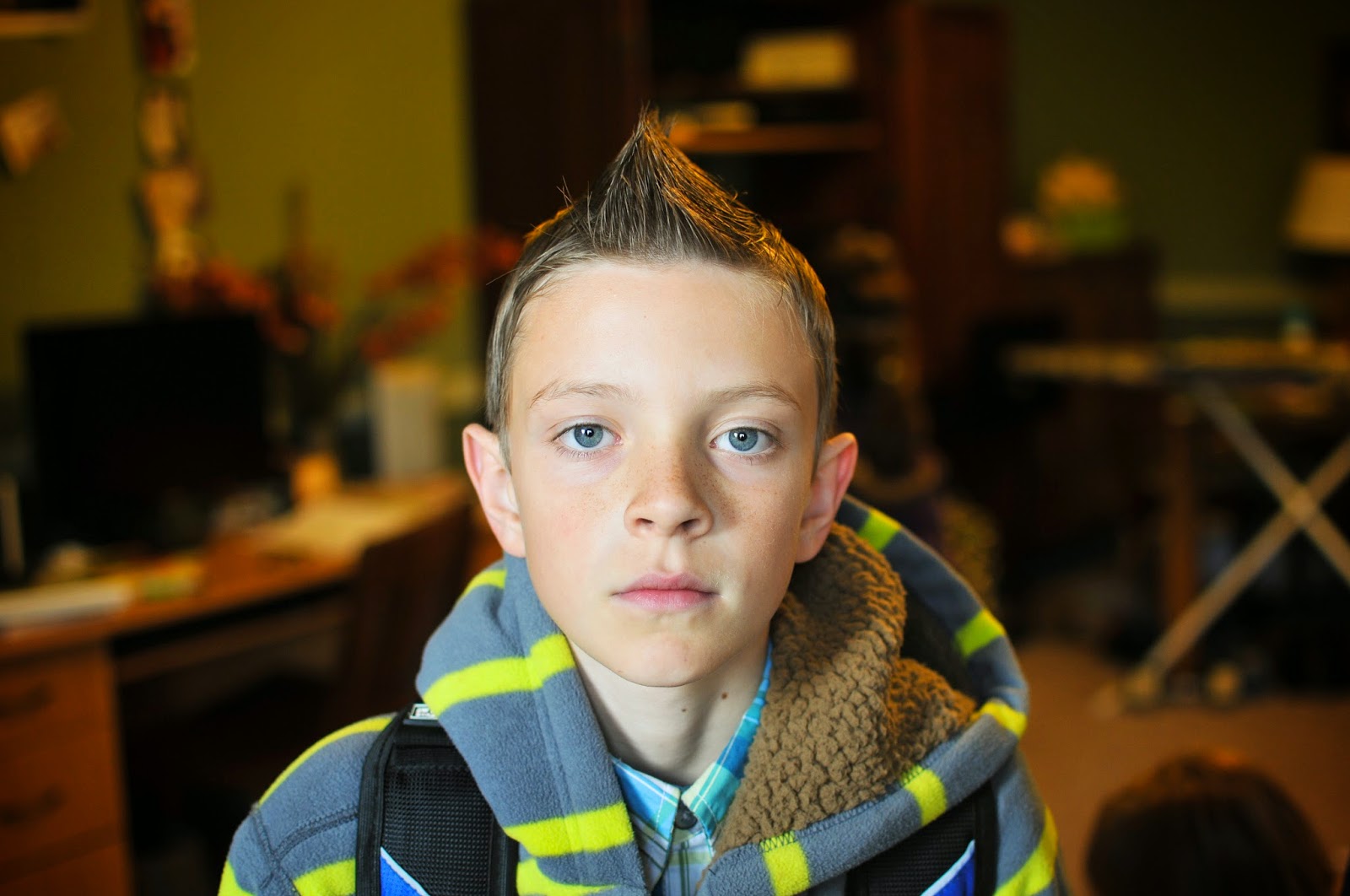 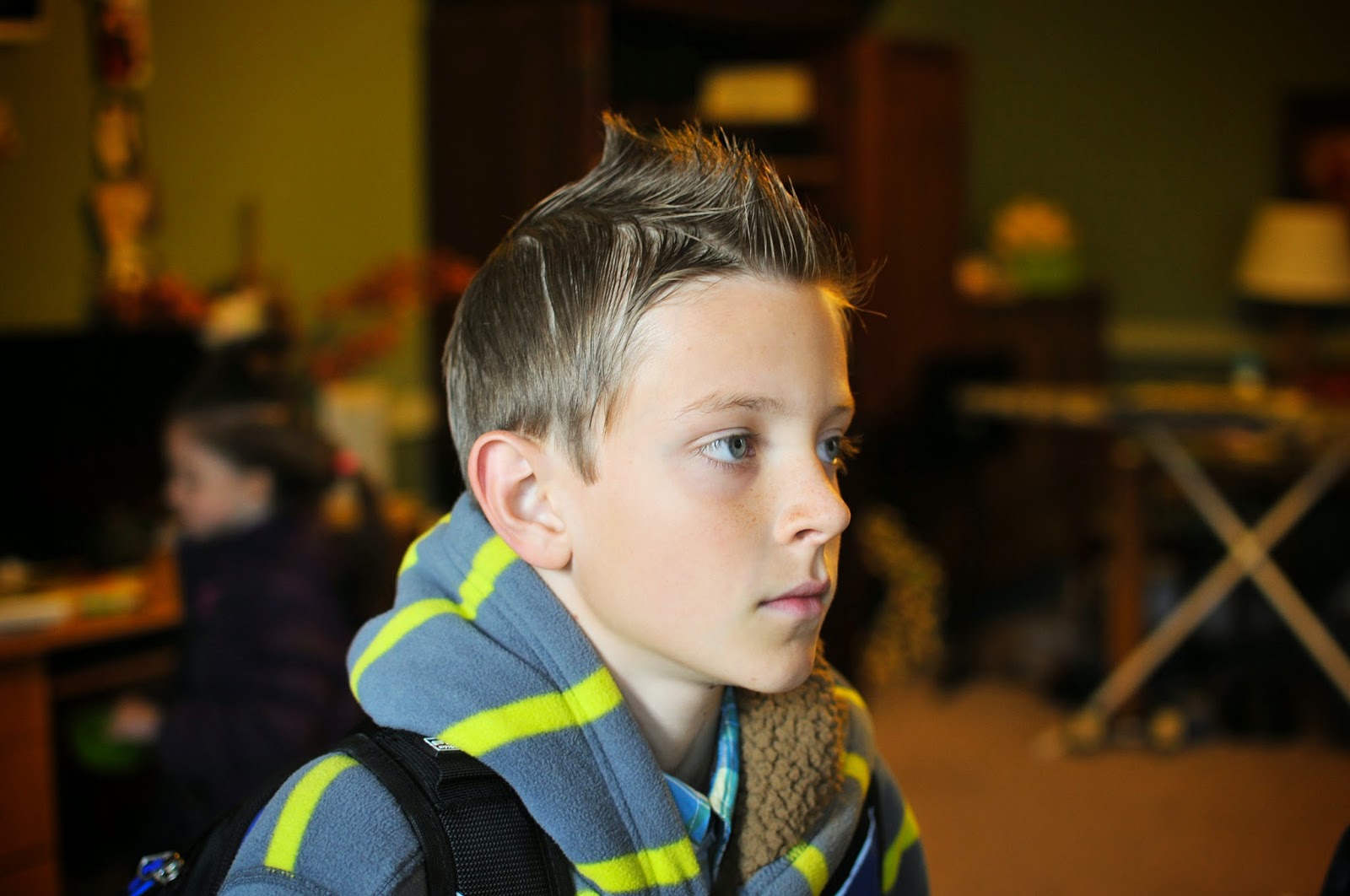 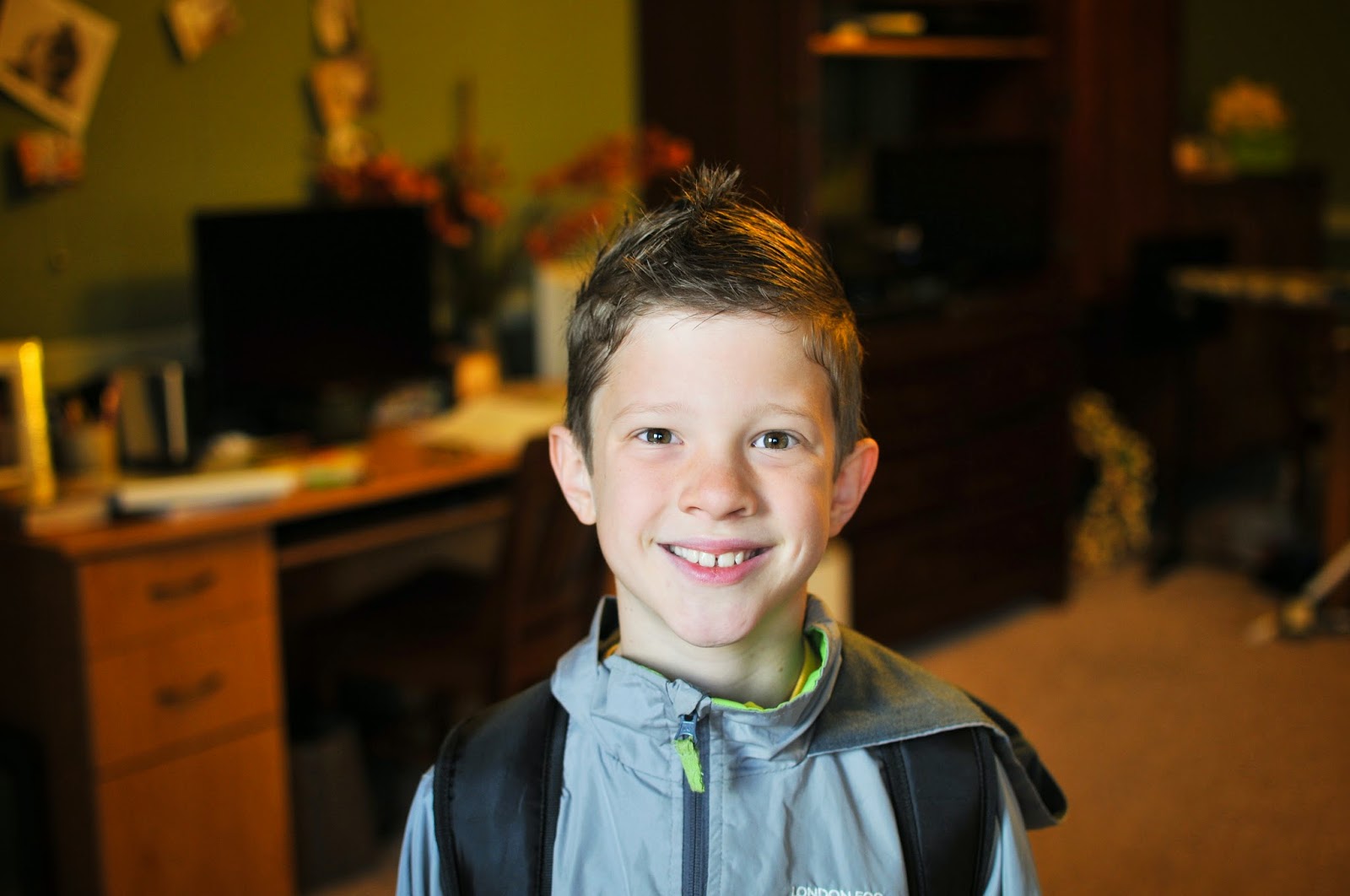 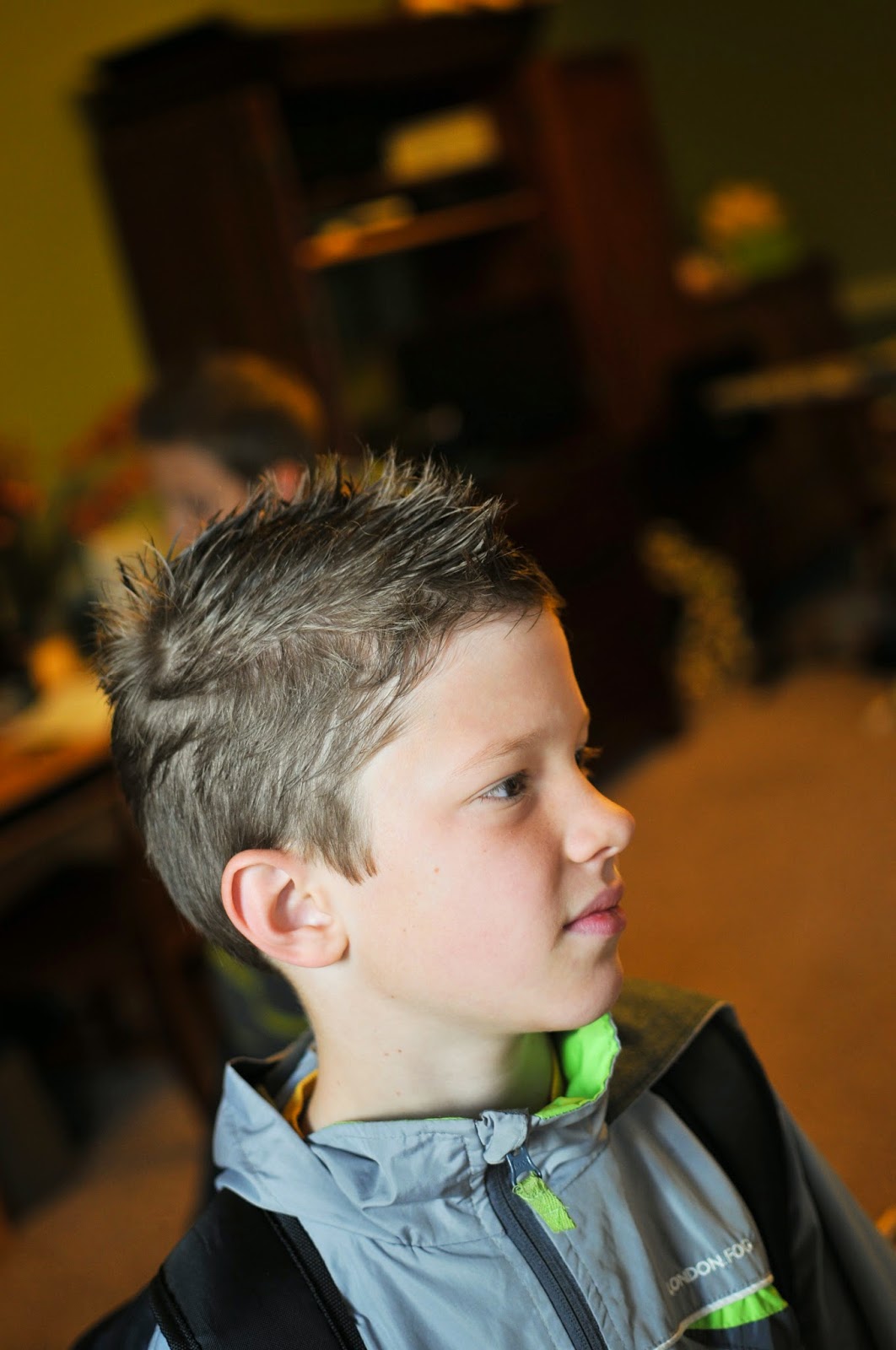 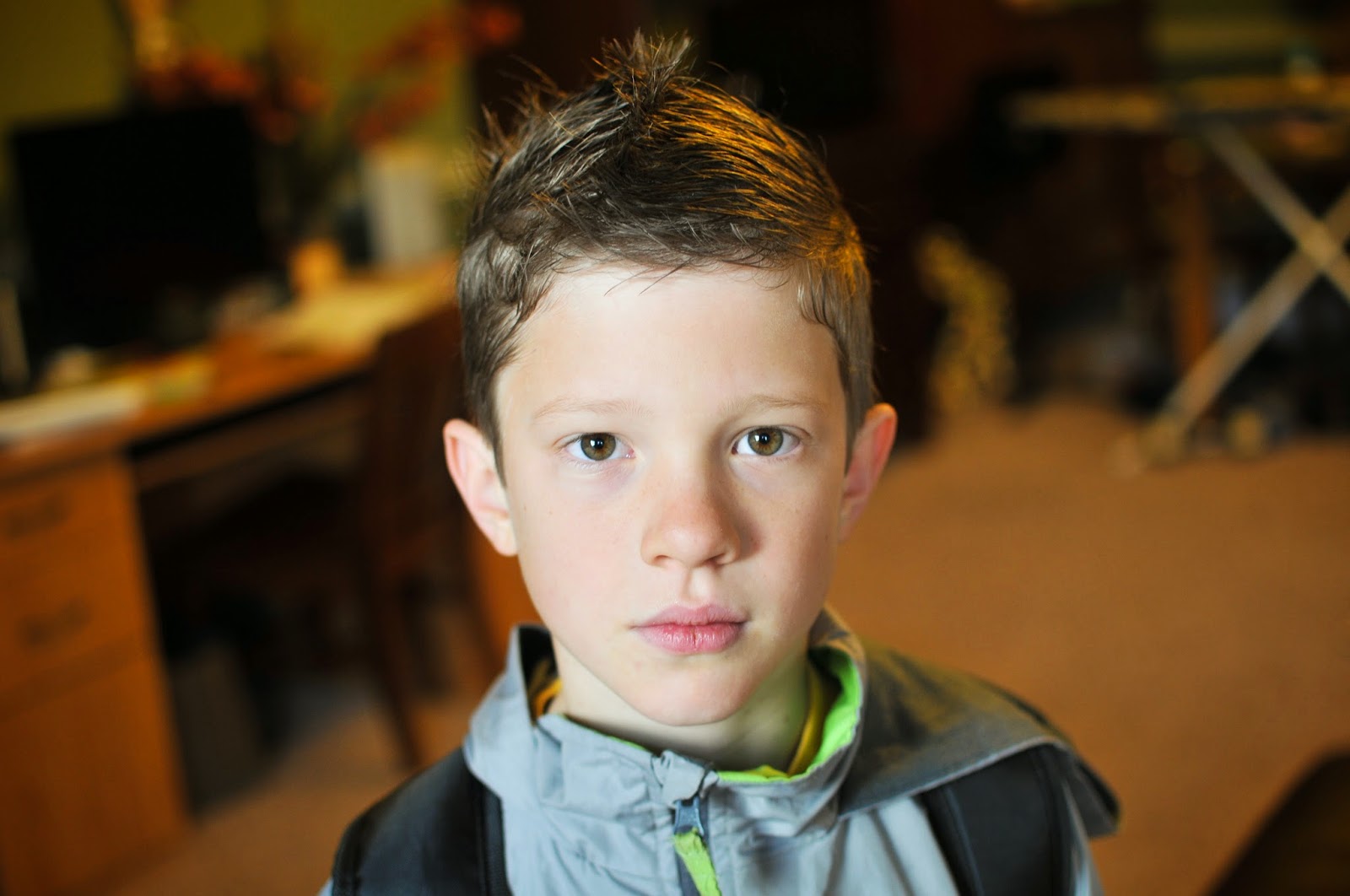 Eleanor didn't want to be left out of the picture taking. 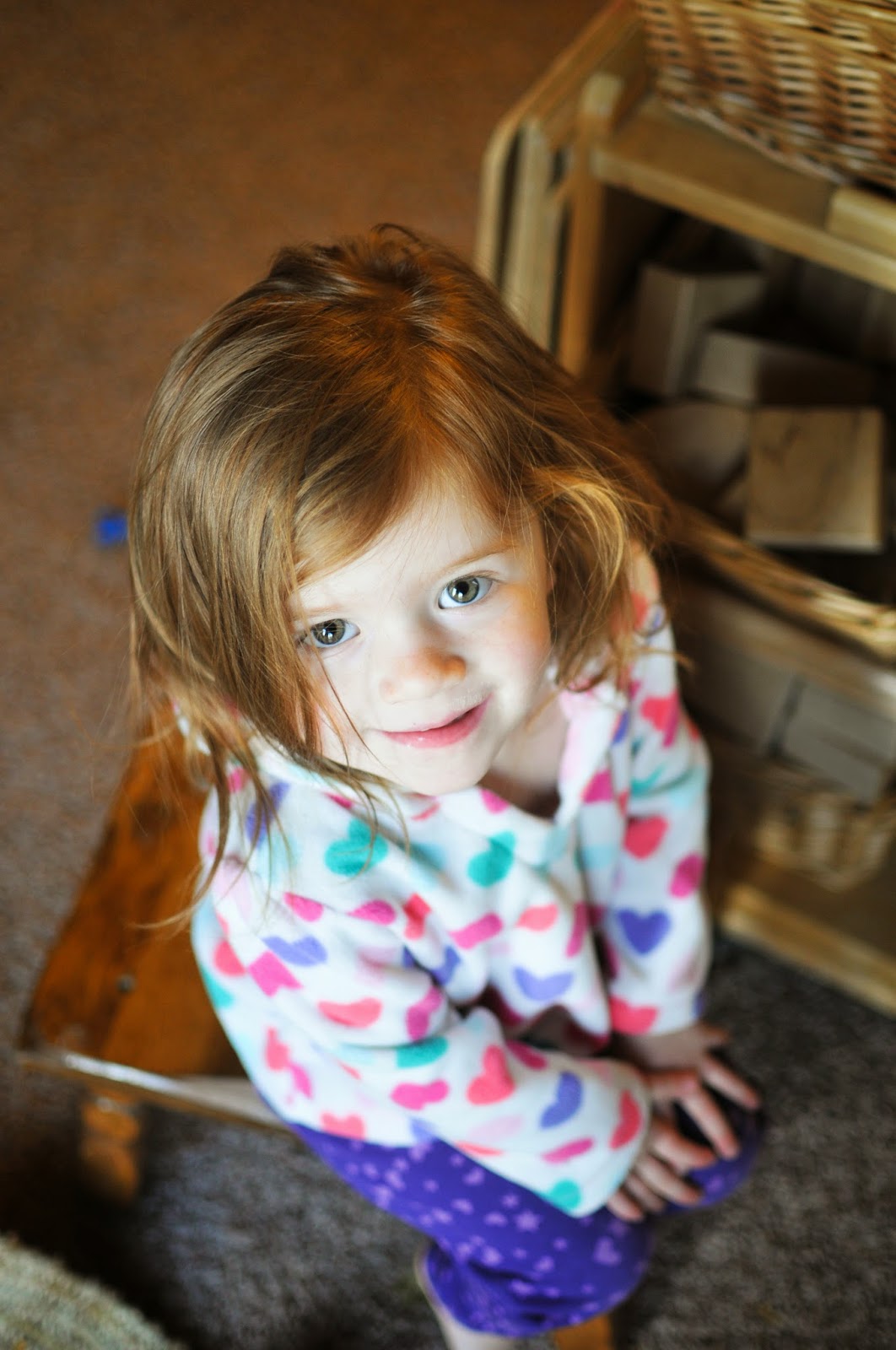 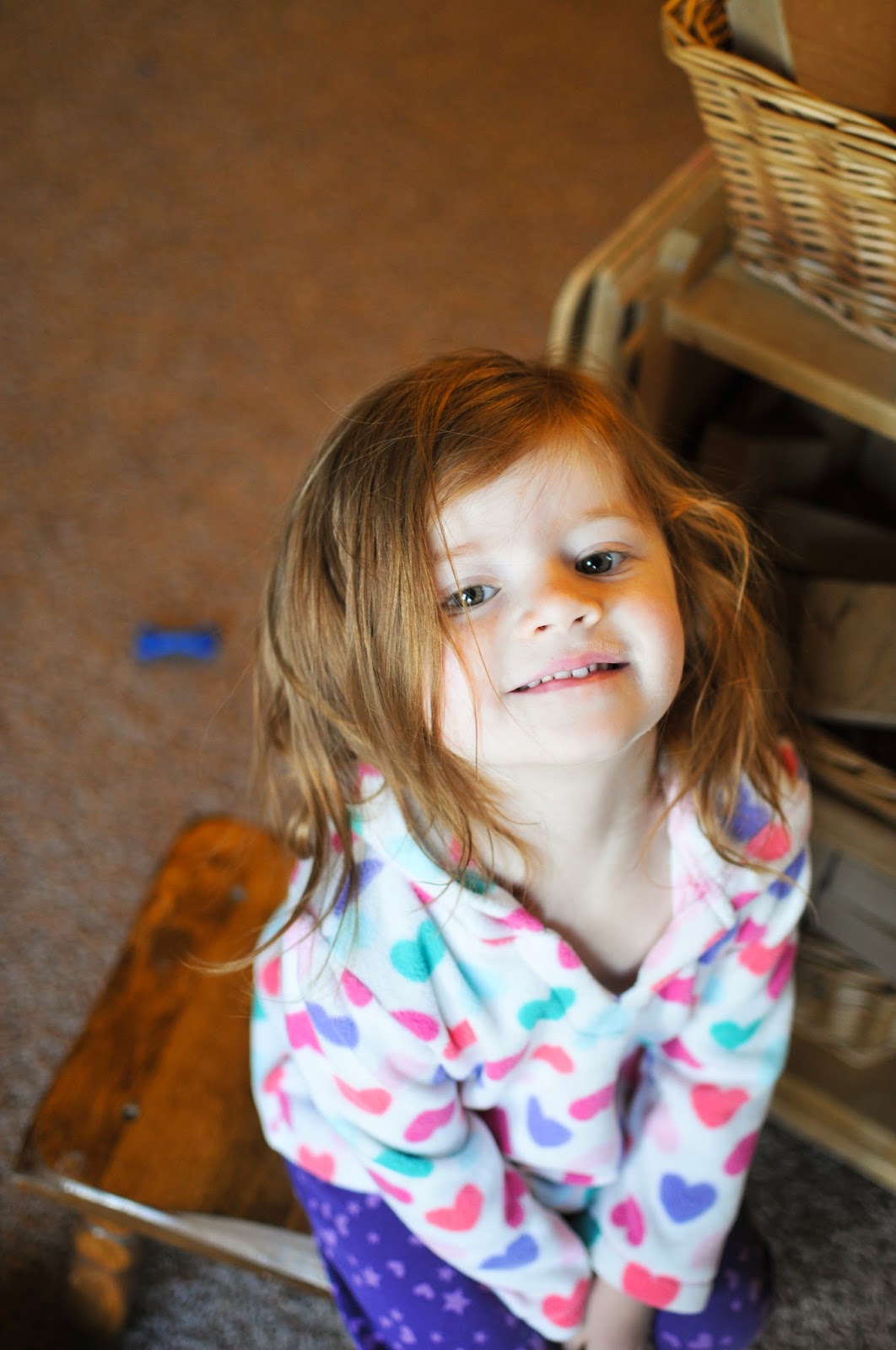 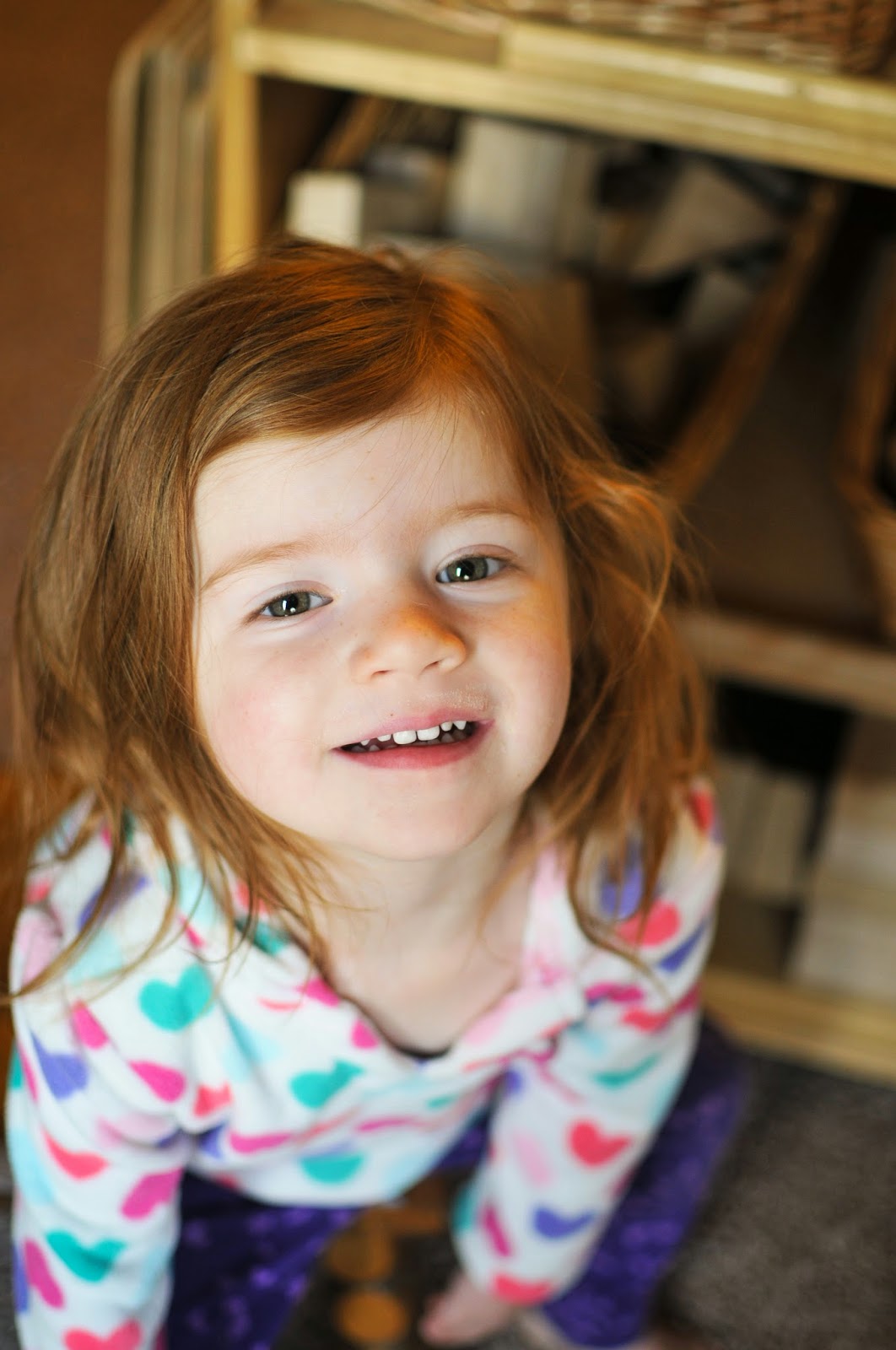 Estella's hair was really truly crazy!  We used some plastic cups and pony-tailed her hair over the top of three different cups.  She was so pleased and giggled all the way to school.  (The pictures aren't great, but we were in a big hurry to make it to school on time after all the crazy hair doing.) 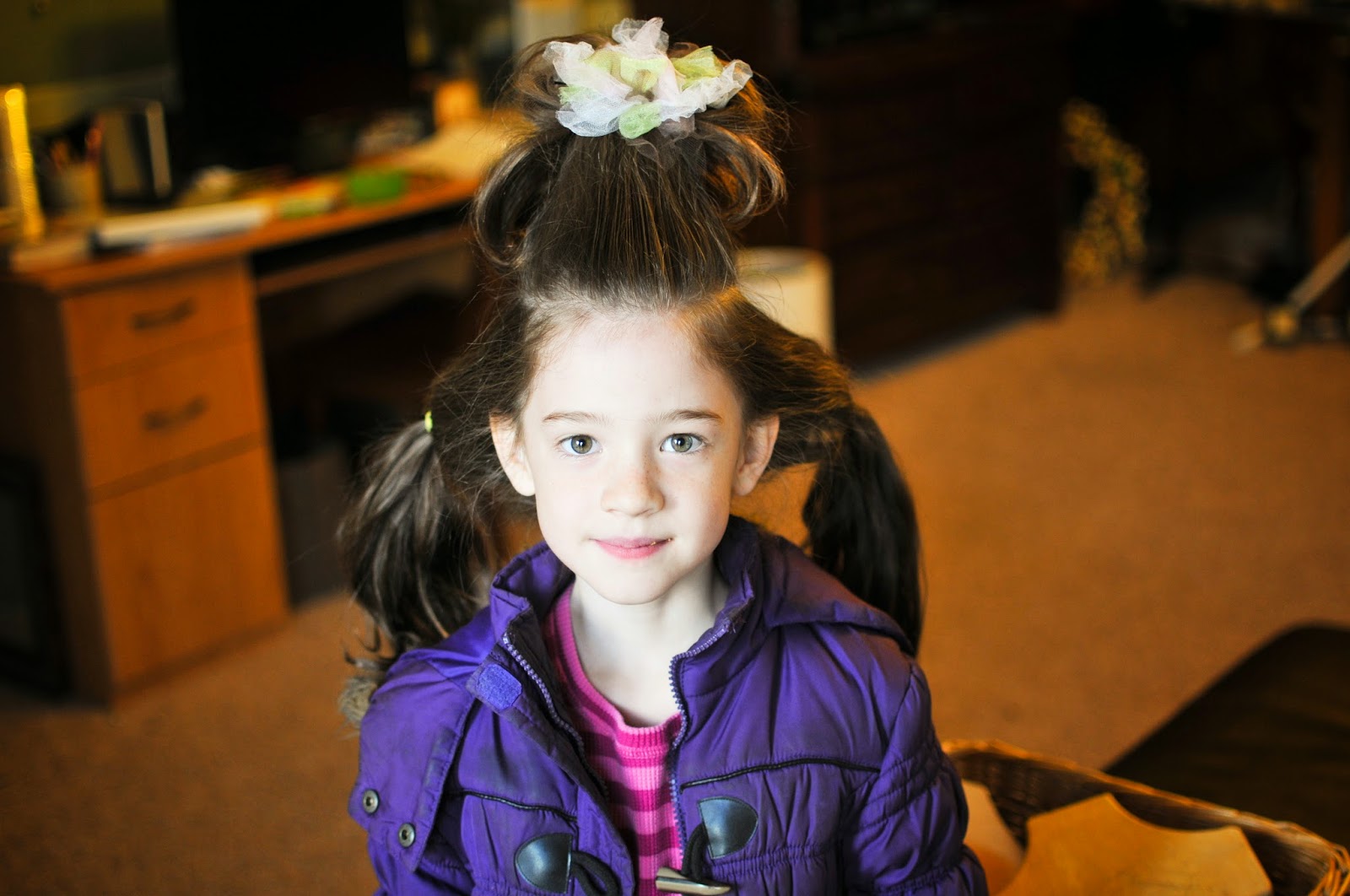 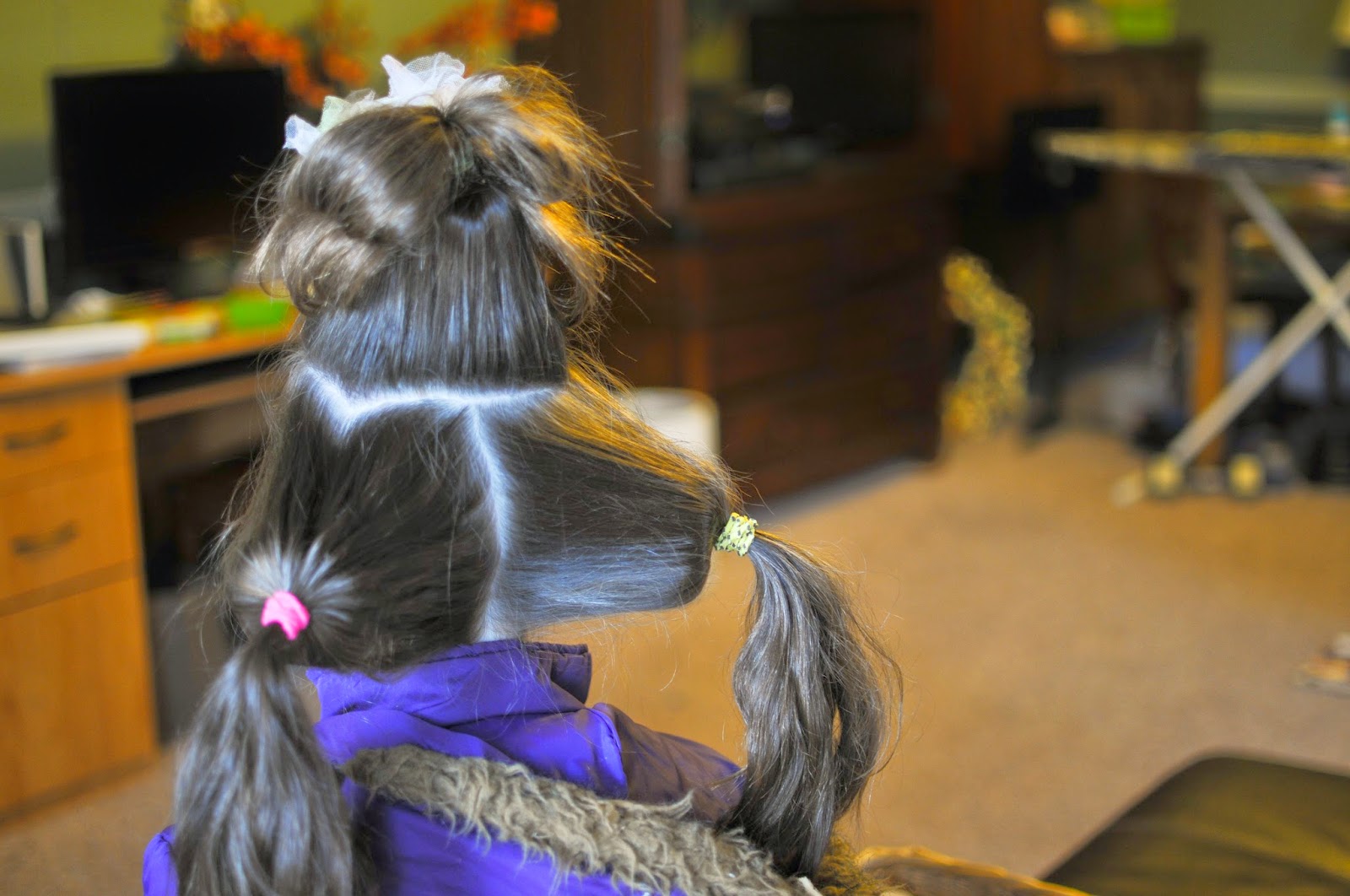 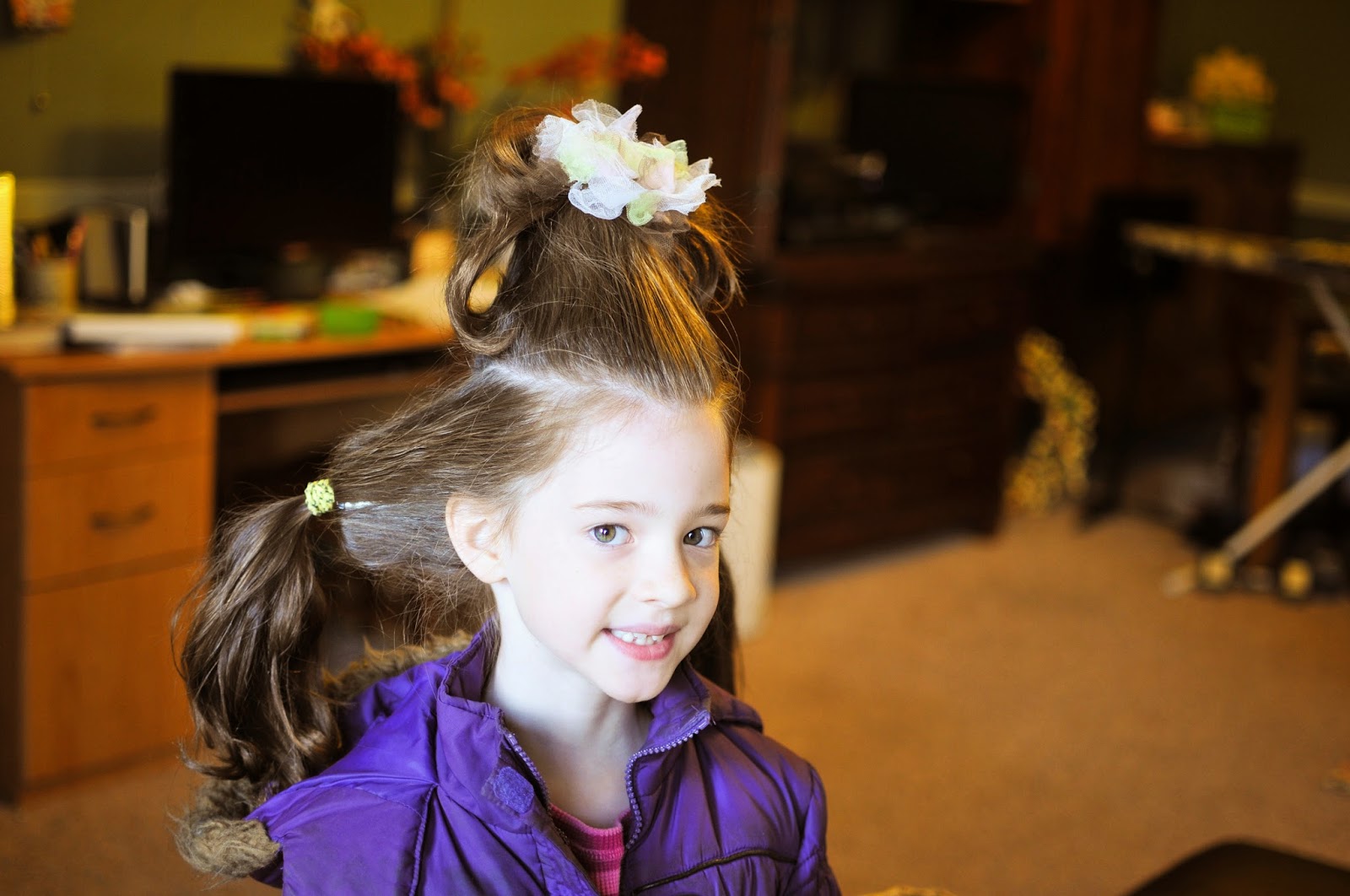 After we got home, Alexander wanted me to do some crazy hair on him.  He really wanted it to be like Estella's.  I told him I would do my best and started out giving him three little pony-tails.  He kept wanting more and more until this was the result.  He wanted me to take it out before we went to the grocery store that morning.  I did, but it still stood up all over until he took a bath that night.  :) 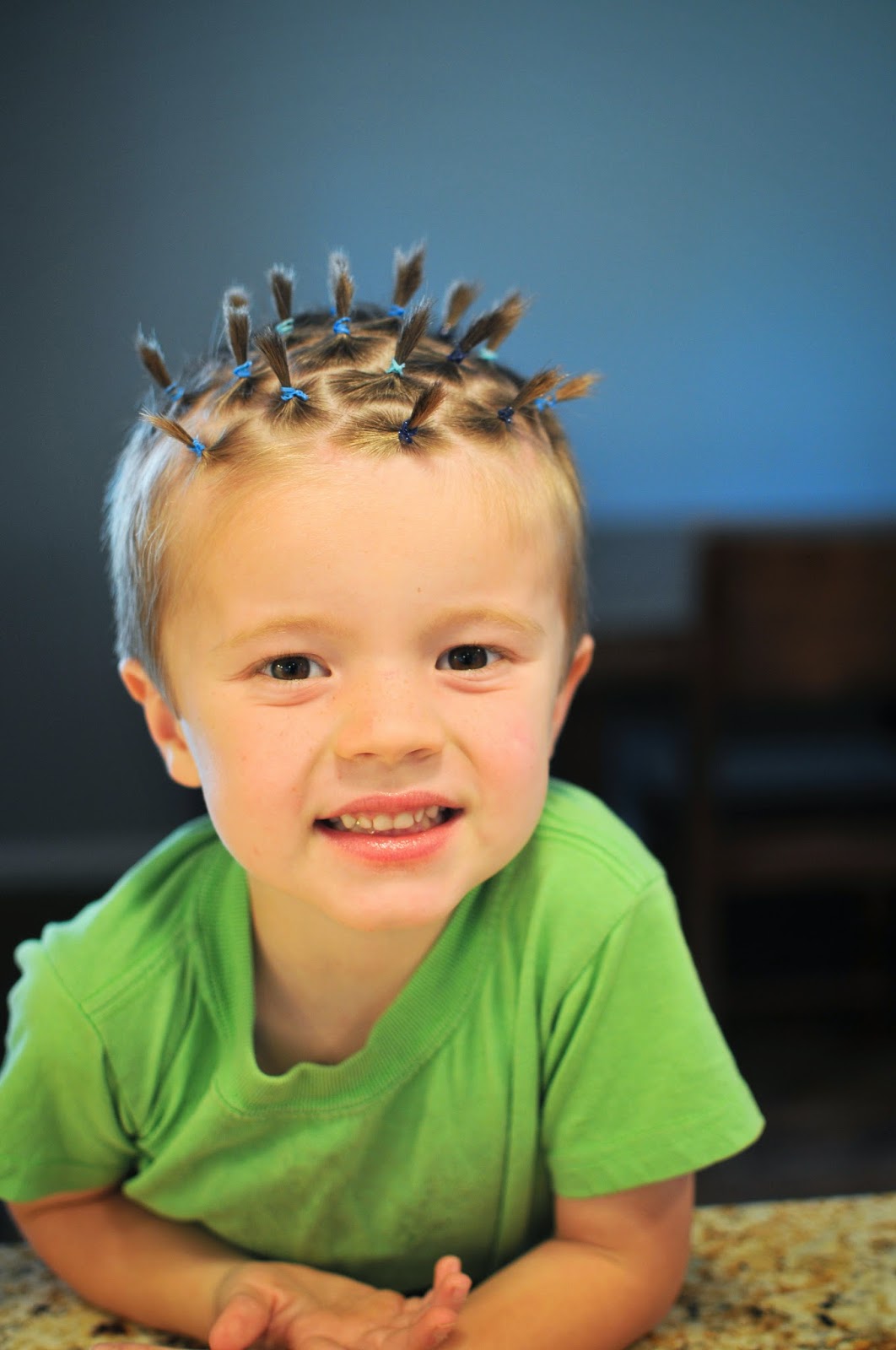 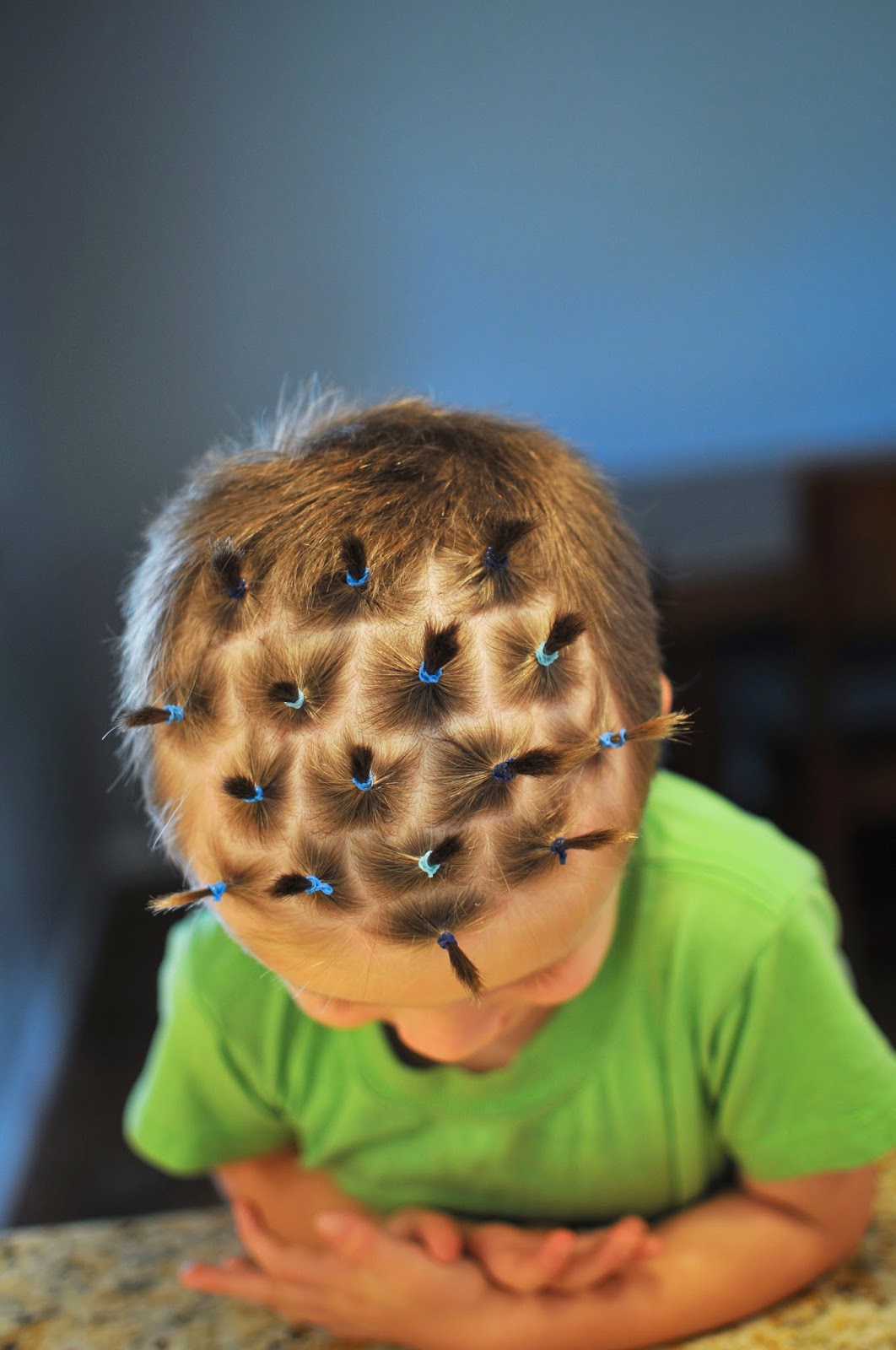 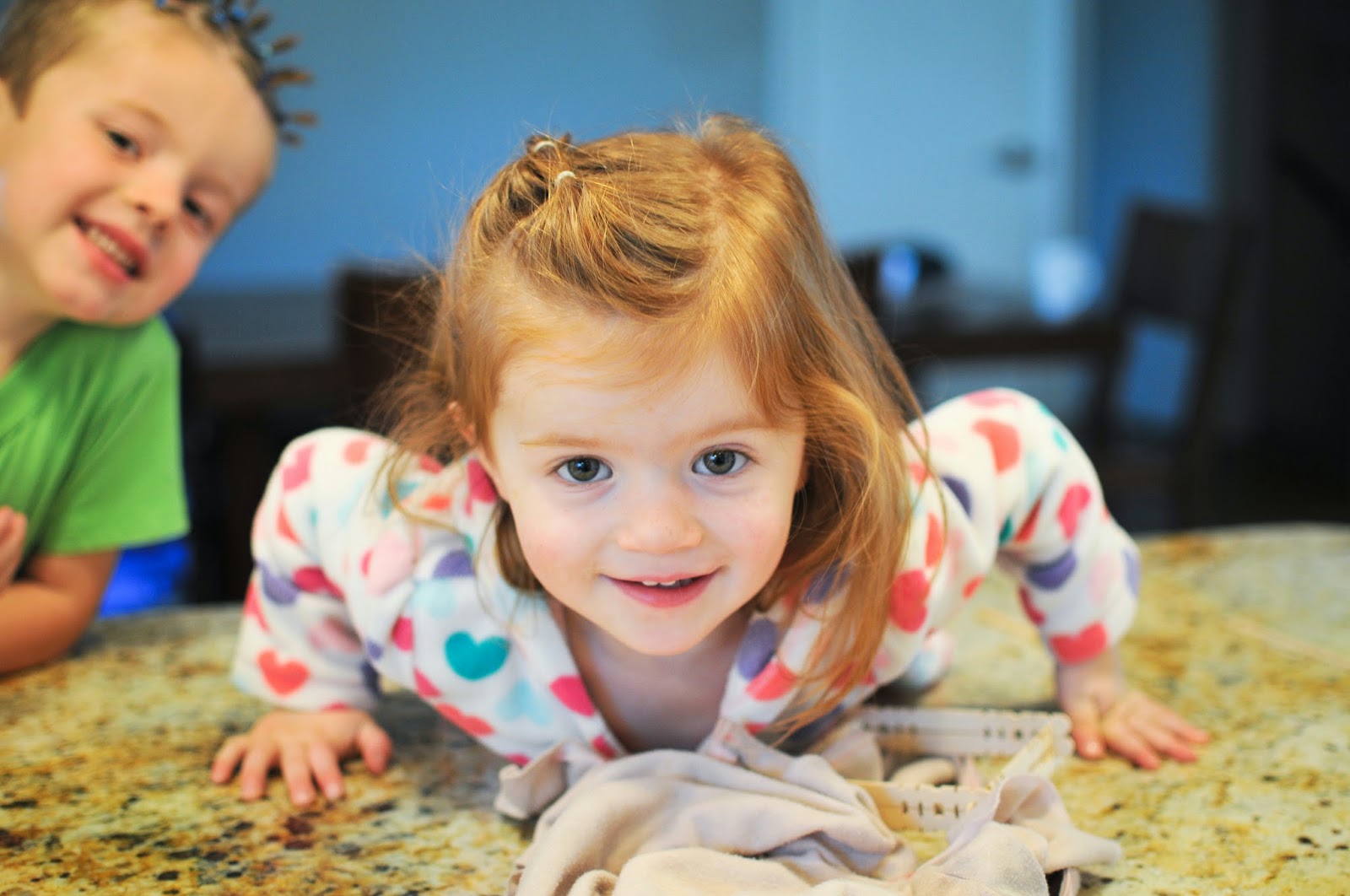 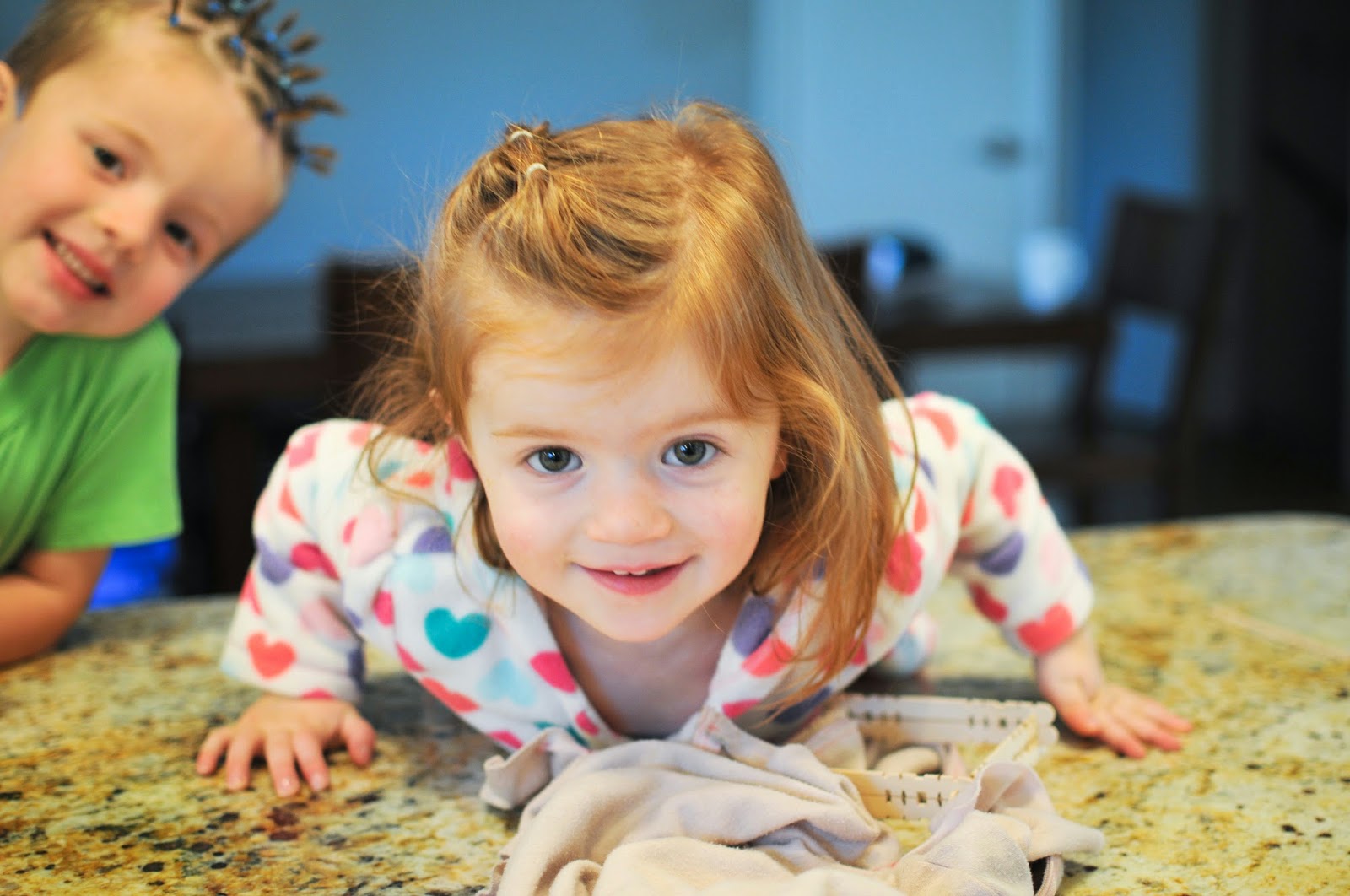 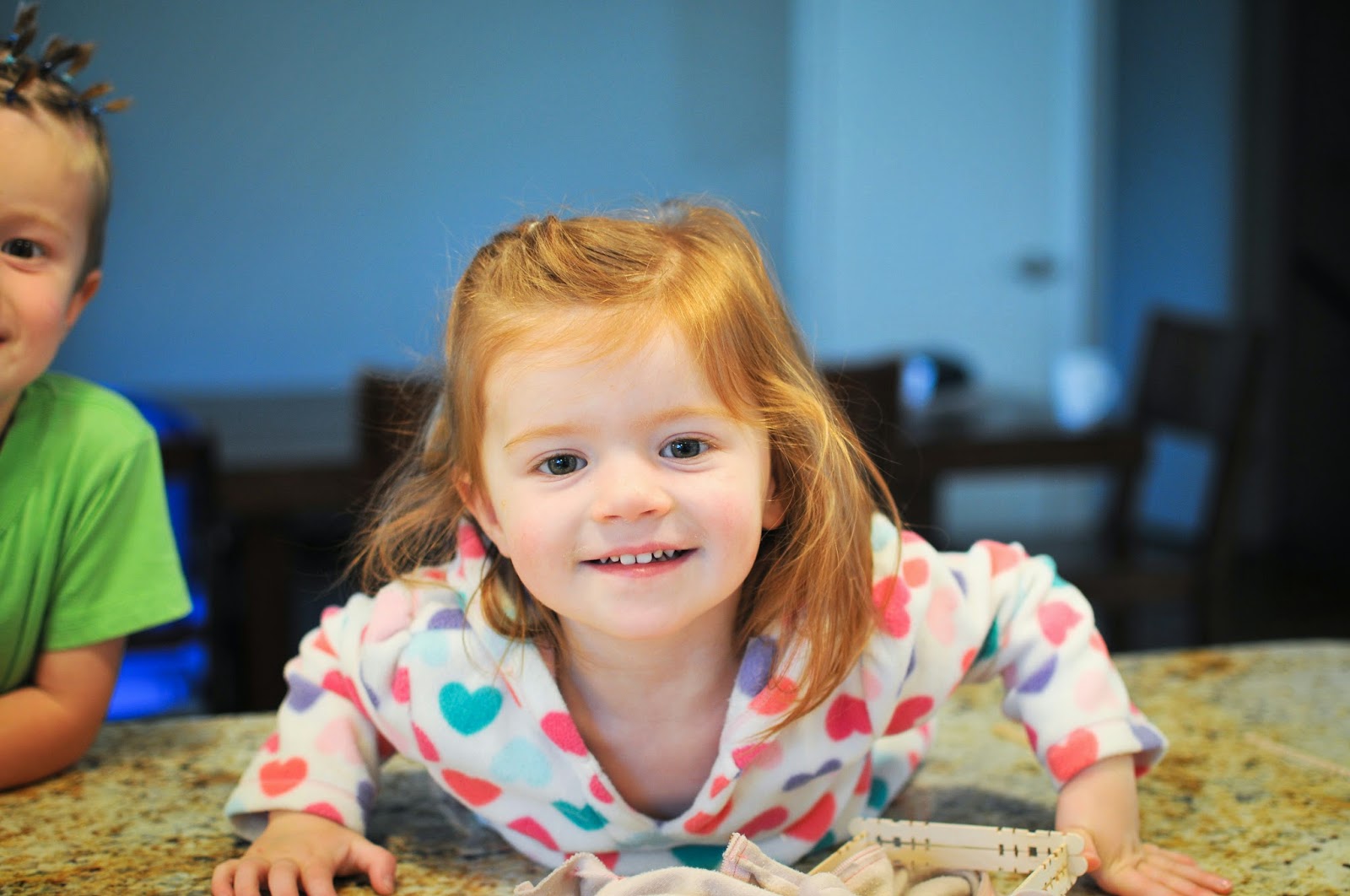