Soccer season has begun (about a month ago). Nicholas wanted to play so bad, but I stuck to my "no organized sports until 5 years old" rule. 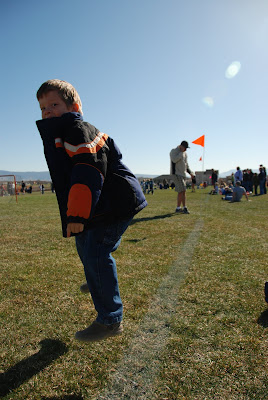 Team cheer! Jackson is the coach this year. He does a fantastic job and really enjoys it. We had some friends over for dinner. Thomas and their oldest son Mason have been on the same soccer team every season so far. They had a fun game before dinner...boys vs. dads. I'm pretty sure the boys won, but not by much :) 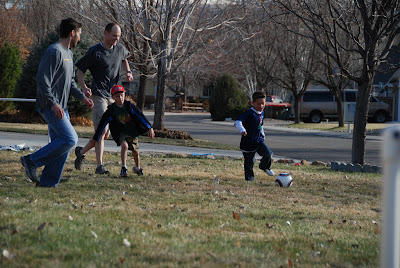 Every once in a while Thomas and Nicholas convince Jackson and I to help them build a REALLY TALL TOWER out of blocks! This one survived over 24 hours...I think that is a record. Some neighbor friends helped with the demolition. Thomas has learned to protect himself with a pillow...those block are hard! 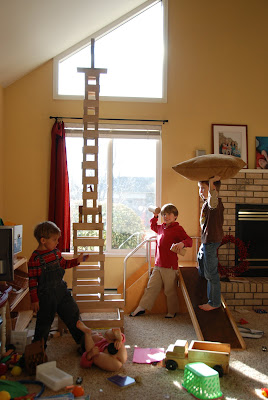 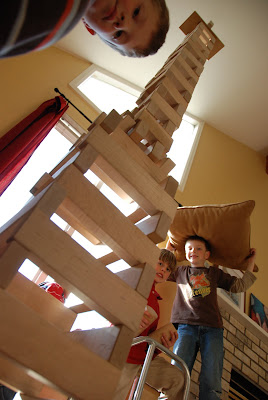 What a fun, fun life!!! Good rule about the no organized sports til 5. You've reminded me to get Mason some blocks; I think he would love that. And what fun parents to build such an awesome tower!!!