From the date on the x-ray it looks like this happened July 2nd.

Estella sleeps in later than any of my other children, so I wasn't worried when she wasn't up with everyone else that morning.  After an hour or so passed I started wondering about her, so I went downstairs to her room to check on her.  She was laying in bed sniffling.  As soon as I walked in I could smell throw-up.  I went to her and saw it in her hair and on the bed.  She said she had thrown up in the night and not slept well.  I went back upstairs to get some supplies to get her settled in for a day sick in bed.  When I came back down I could tell she was bothered by something.  I asked her what was wrong and she said, "I want to tell you something, but I don't want you to be mad."  I encouraged her to tell me and she said she had swallowed a penny before she went to bed.  I was thinking, "Could a penny be upsetting her stomach and making her throw up?"  It didn't make sense to me, so I kept asking questions.  Finally it came out that it was bigger than a penny and she could still feel it stuck in her throat.  Her poor little body was trying to get it to come out and gagging which made her throw up.

I called our doctor and they told us to come in right away.  I turned on the shower and helped her quickly rinse out the throw-up caked in it.  I had some major adrenaline pumping through me.  I called Grandma Chelle and she quickly agreed to watch the other kids.  We dropped them off and went straight to the doctors.  They were so good and got us right in.  The most torturous part was waiting in line to check in with the receptionist at both the doctor's office and the x-ray office.  Both times there were several people in front of us and it felt like they were SO SLOW.  I just wanted to tap them on the shoulder and say, "My little girl here has a coin stuck in her throat...can we cut in front of you?"  As soon as both receptionists heard our name they took us right back and helped us quickly.  Right after the xray the doctor called and scheduled surgery.  We drove over and were taken straight in.  It was all very fast.  It took a while to have the nurse come in, explain some things, have me sign papers...anesthesiologist come in, explain the same things, have me sign papers, surgeon come in, explain more of the same things, have me sign papers...you get the picture.  After all the explaining and paper signing it was fast. They wheeled her away, gave me a pager and told me to stay in the building.  I went to get some lunch and had only taken a few bites when the pager went off.  I talked with the surgeon, he said it went just fine.  I ate the rest of my lunch and then they came and told me she had woken up and took me back to see her.  She was a bit loopy and spacey for a little bit.  Once she was breathing deeply on command they wheeled her out to the car.  It was all done and we were home before nap time.

I am so thankful for good medical care and kind attentive doctors! 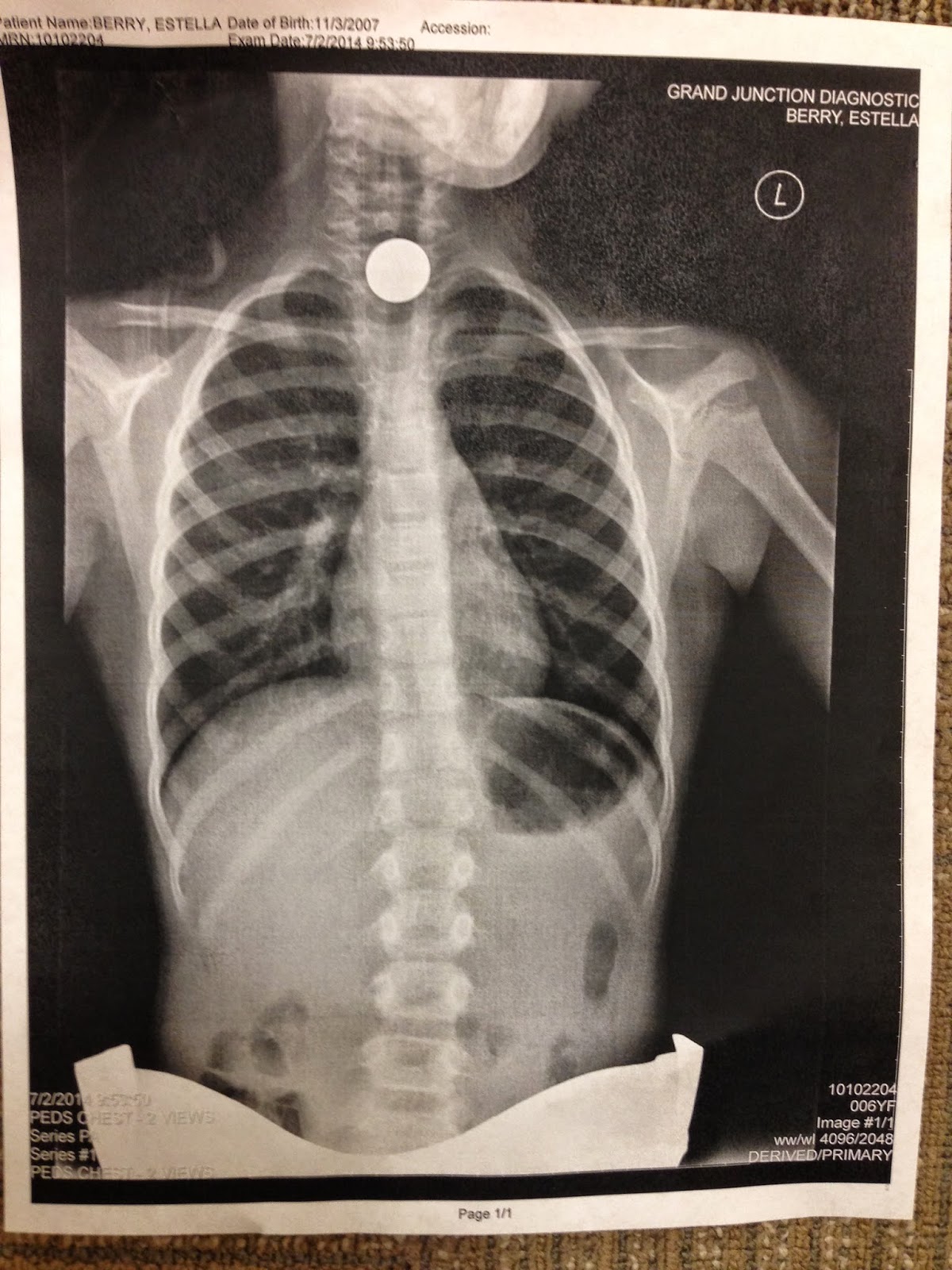 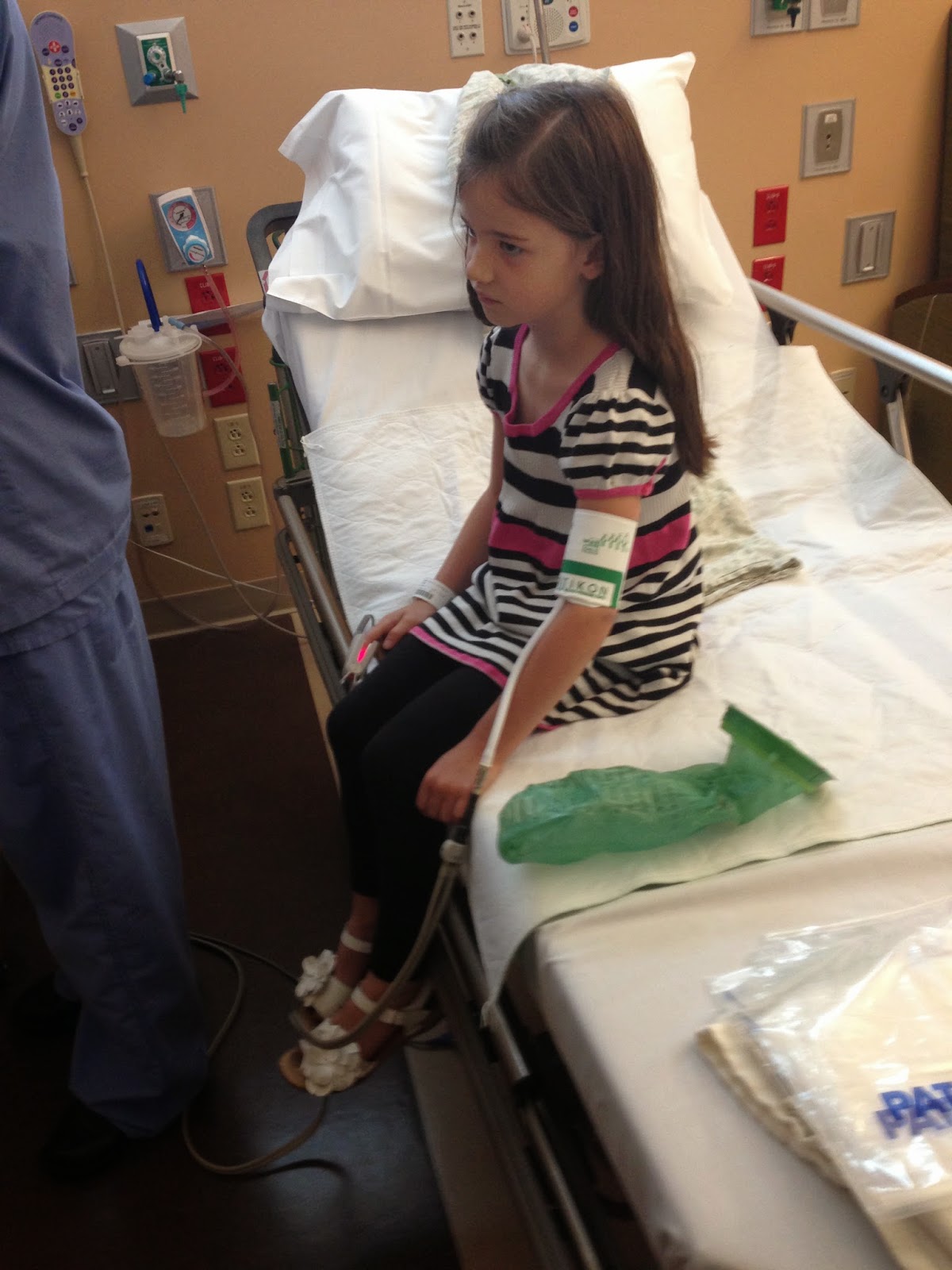 Staying warm before the surgery. 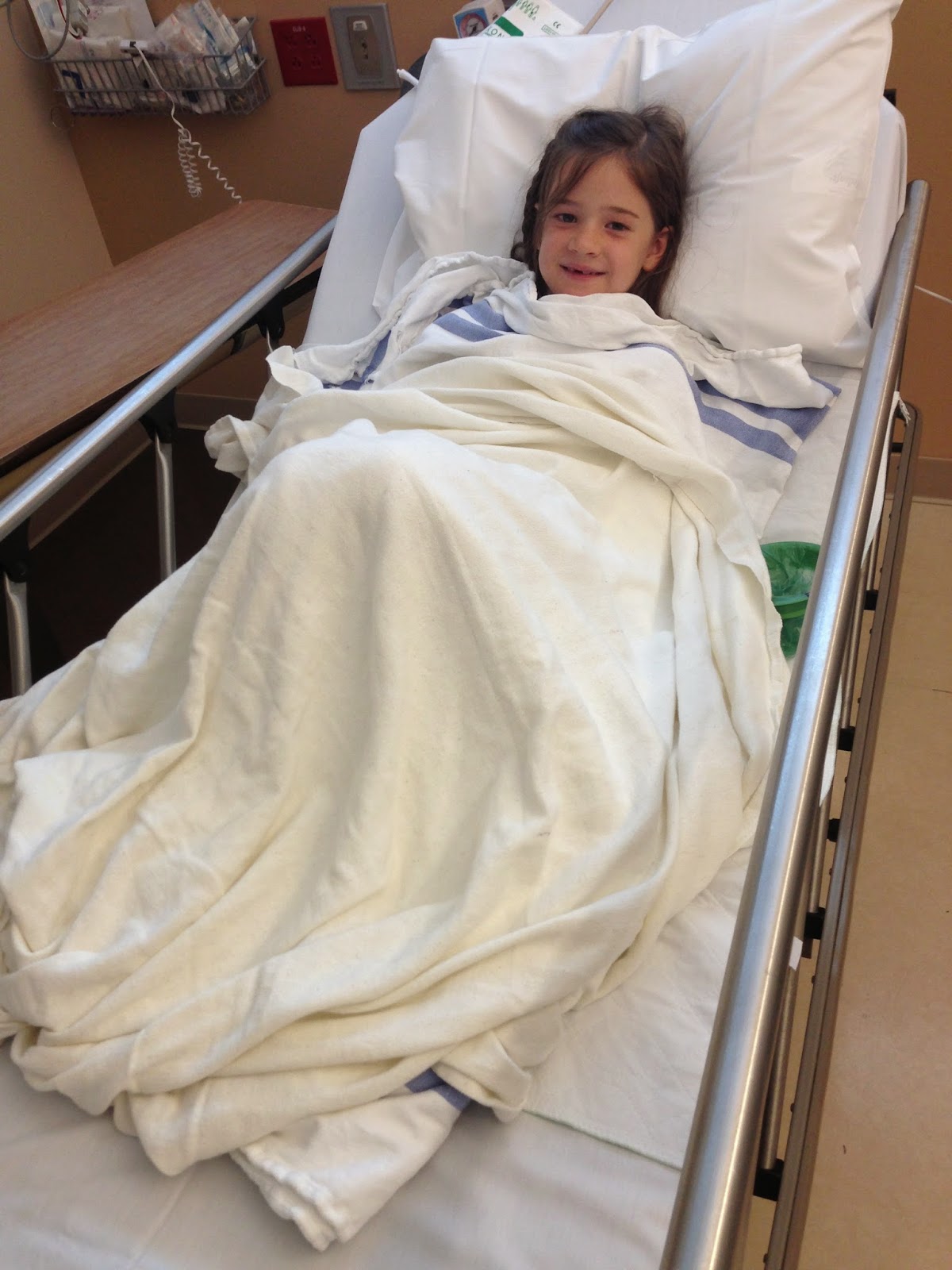 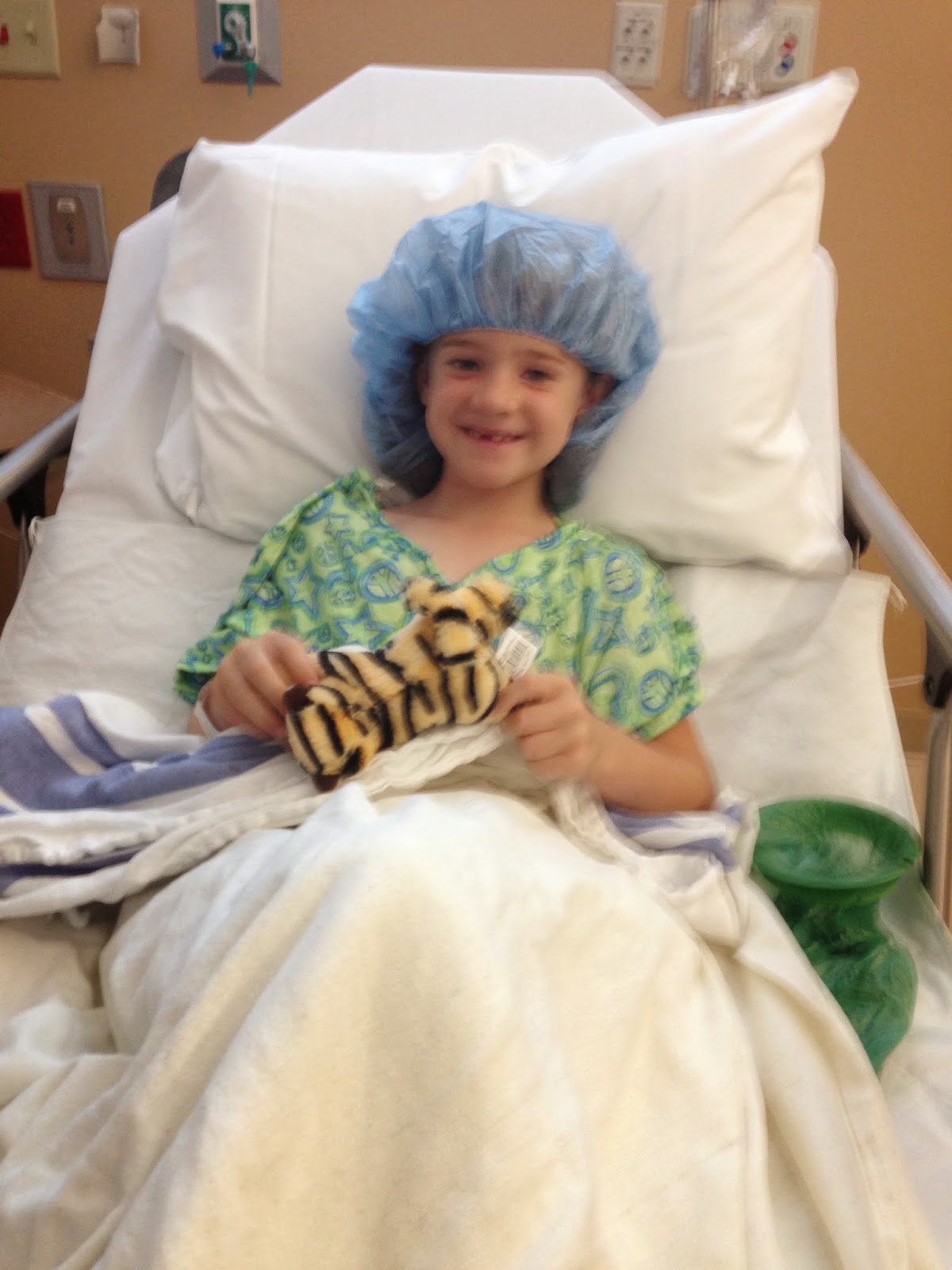 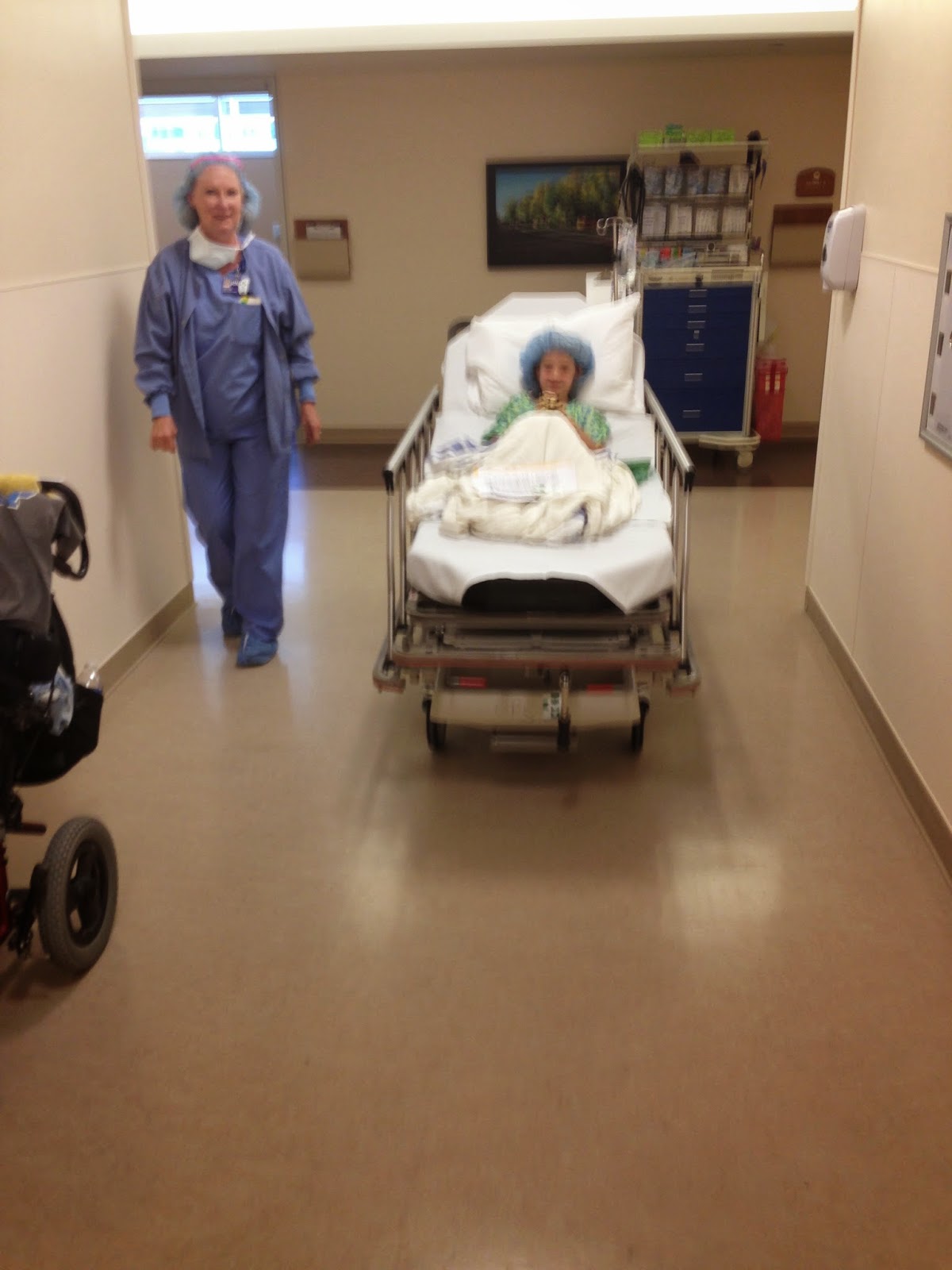 Wheeling her off to the operating room. 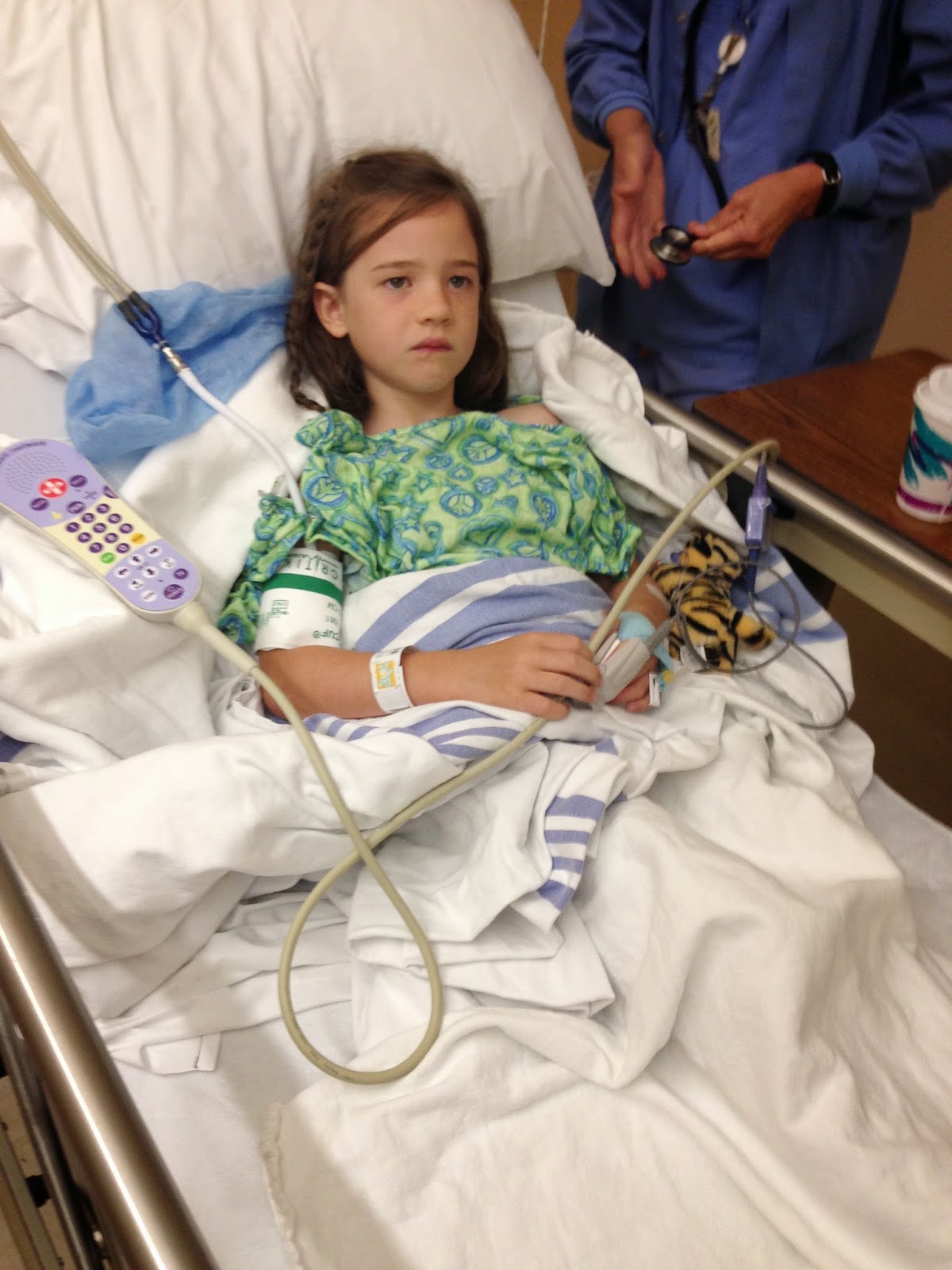 Groggy after waking up. 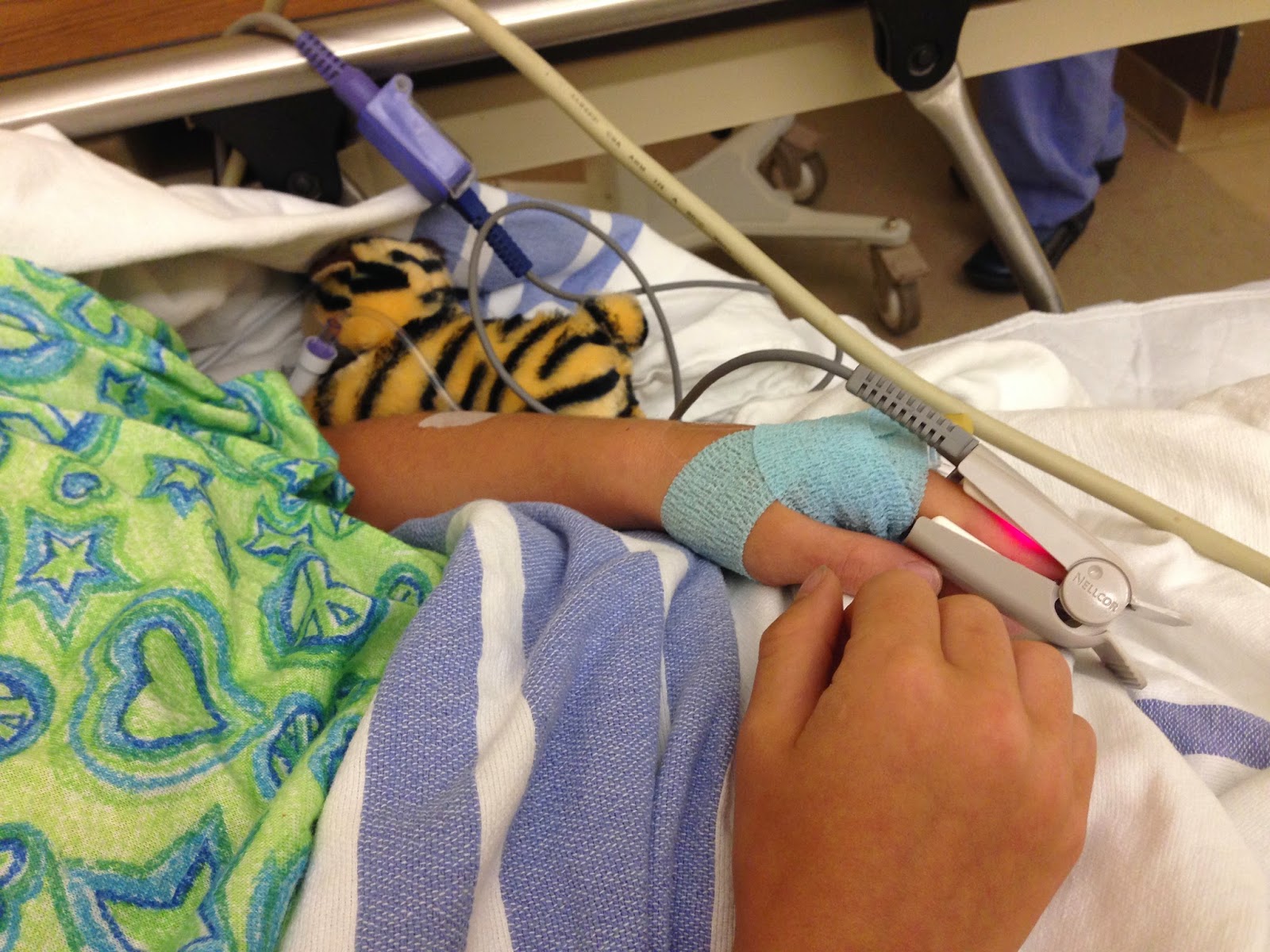 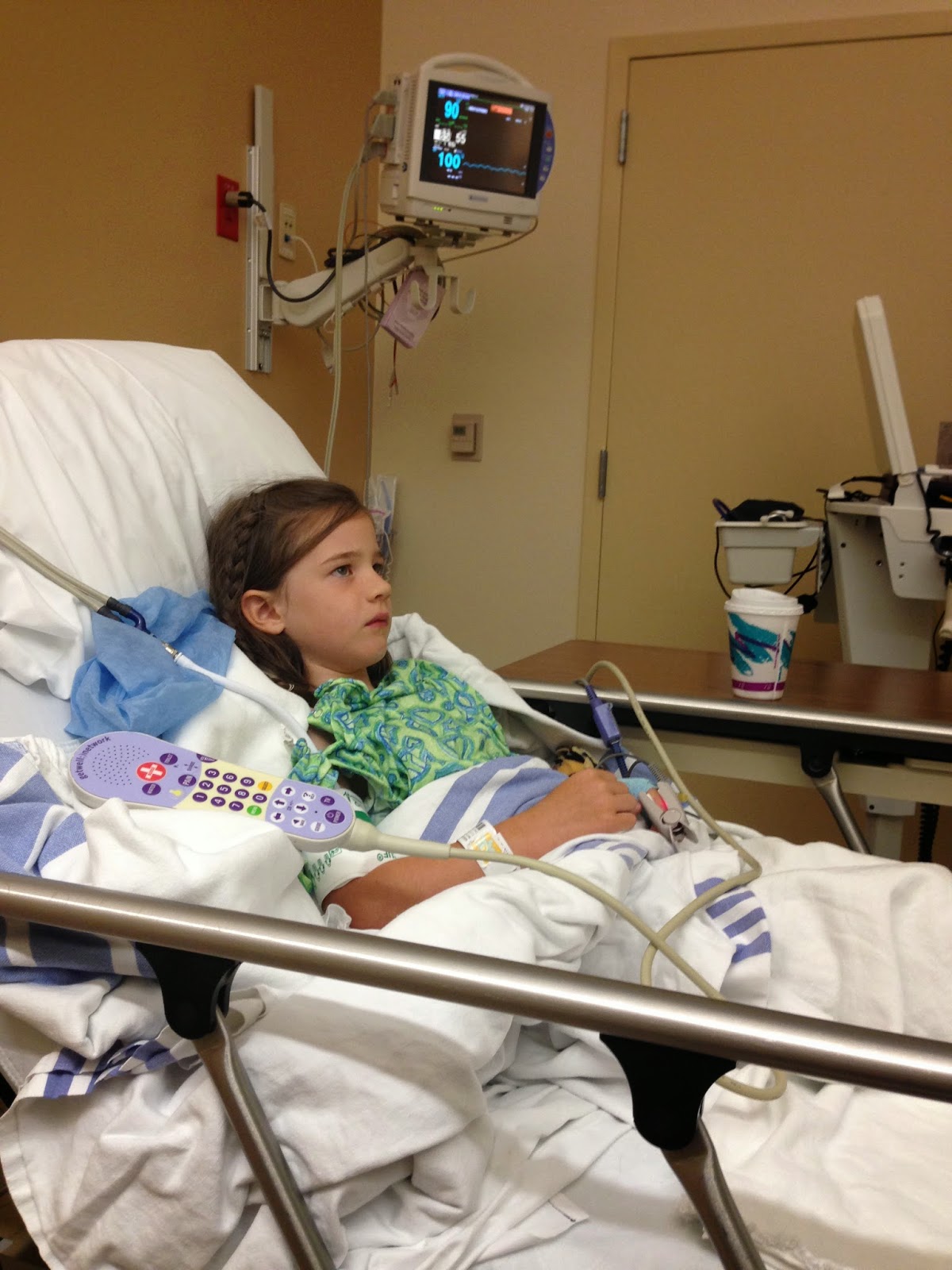 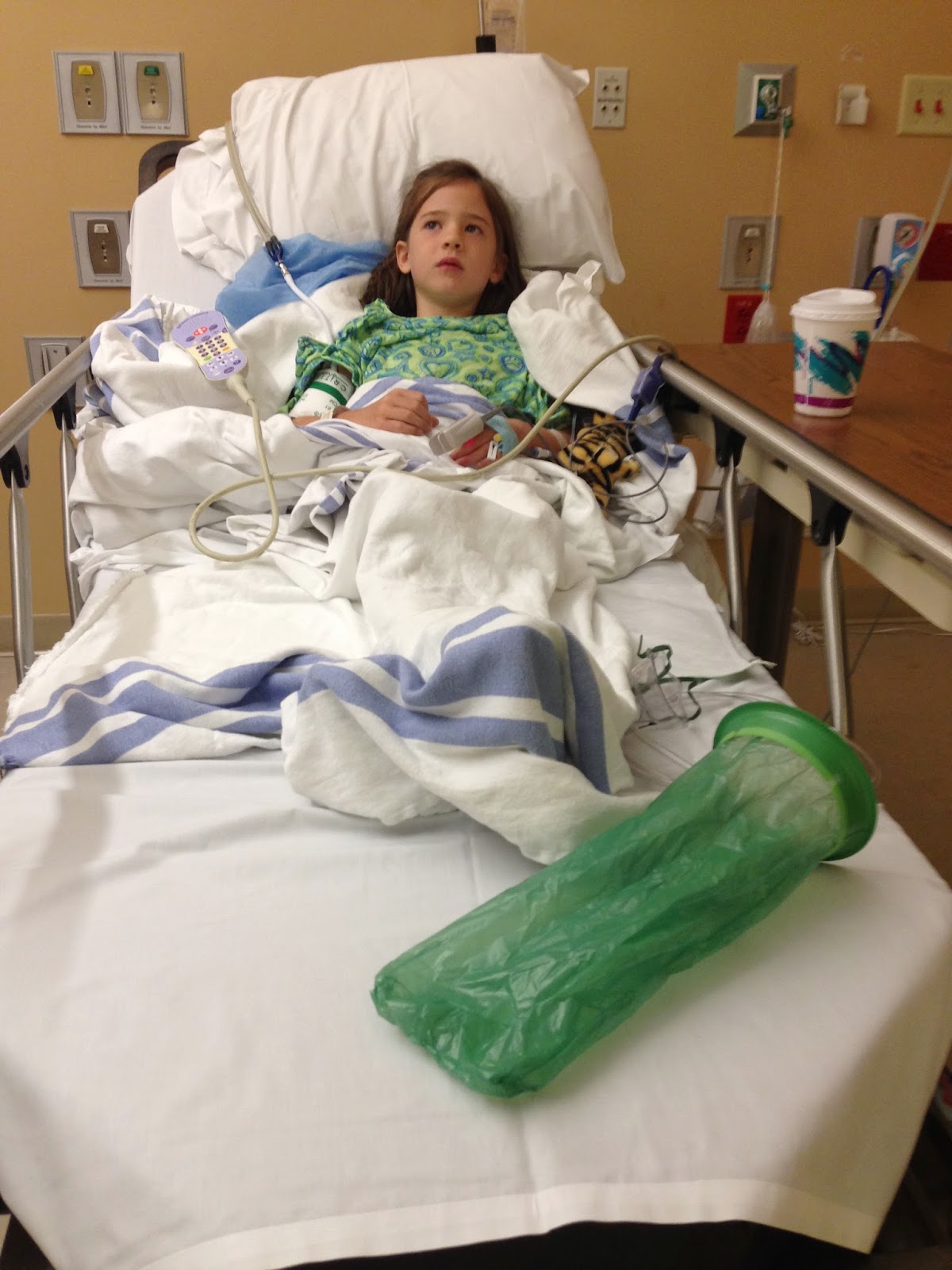 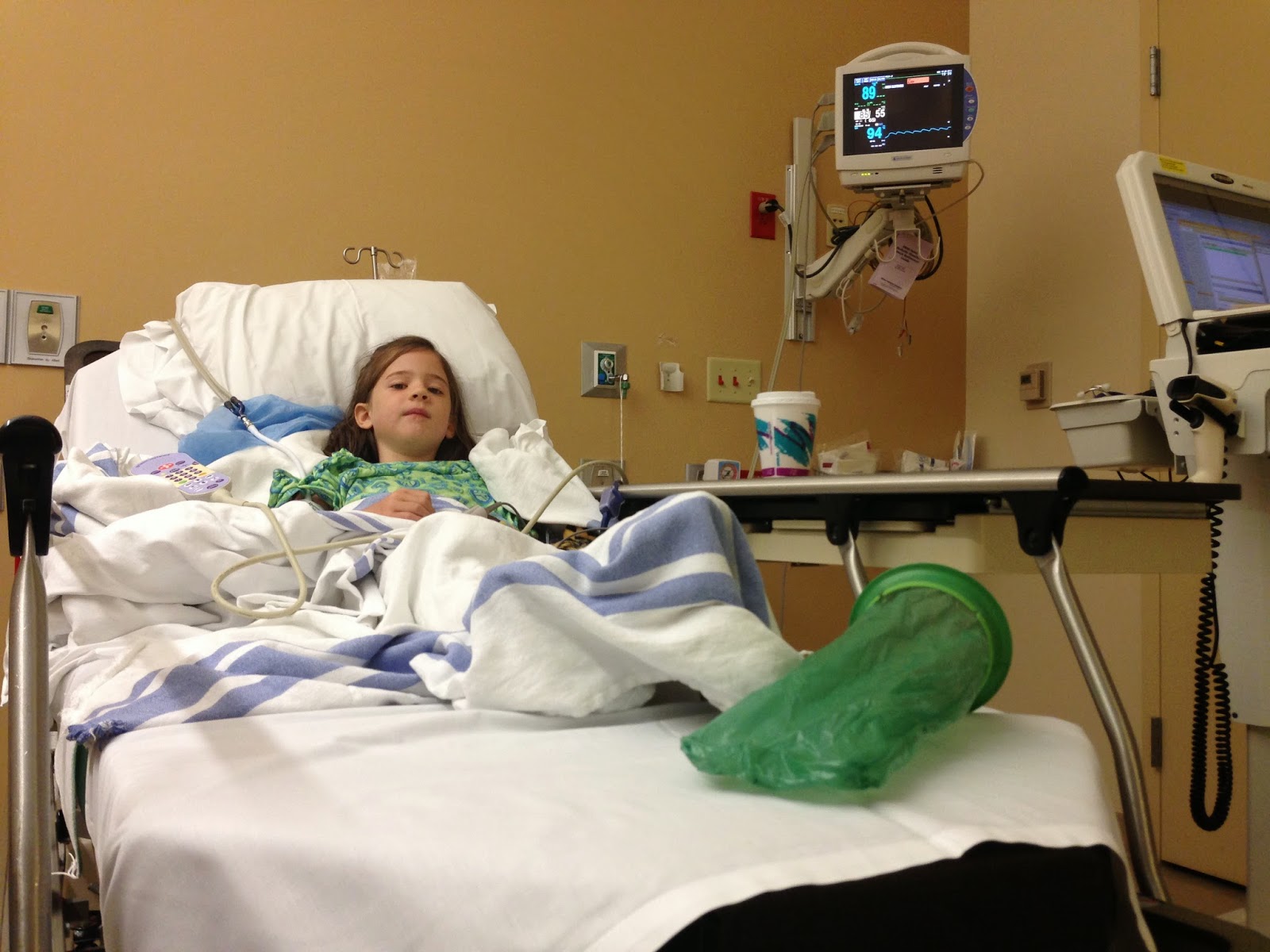 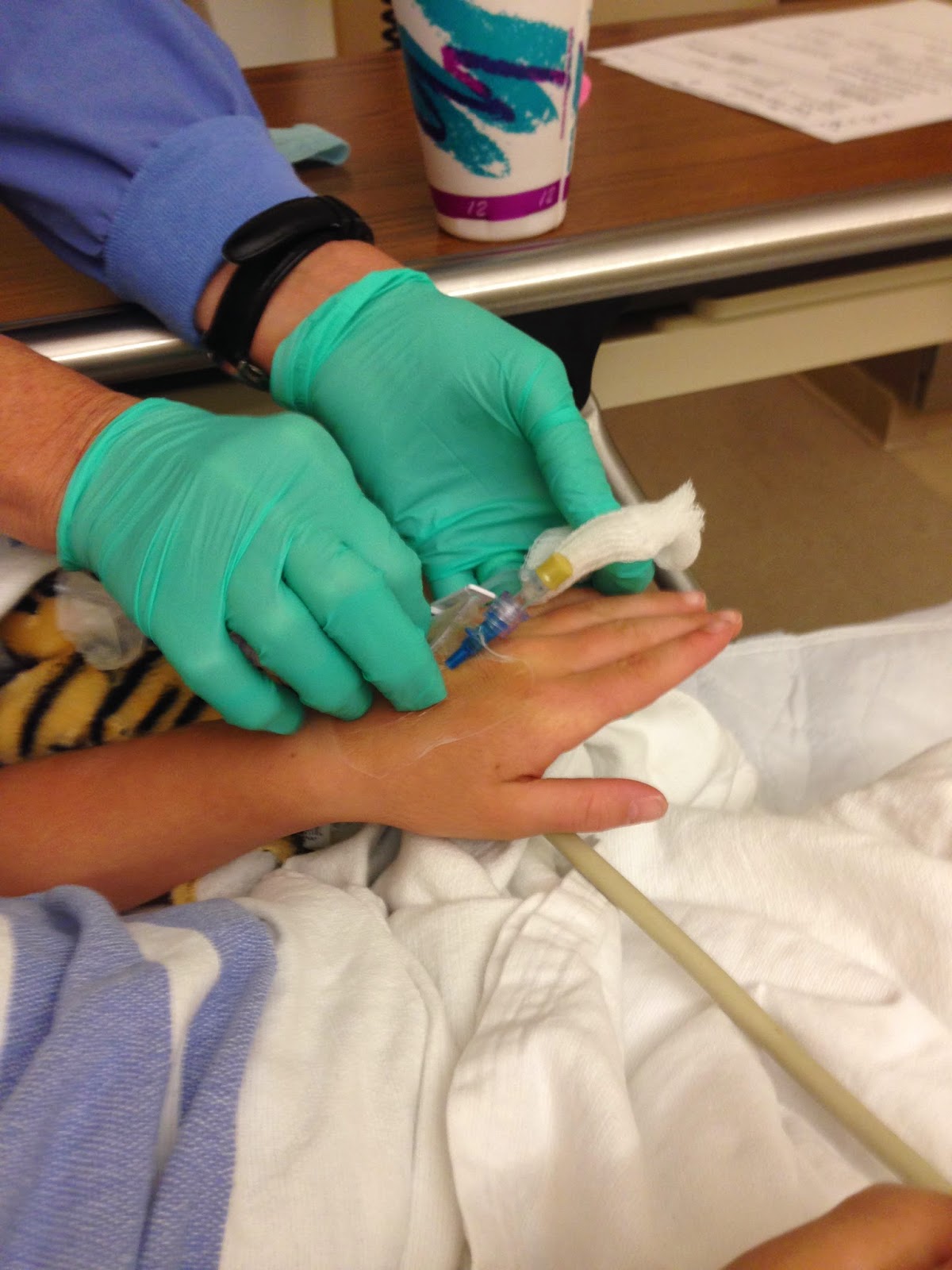 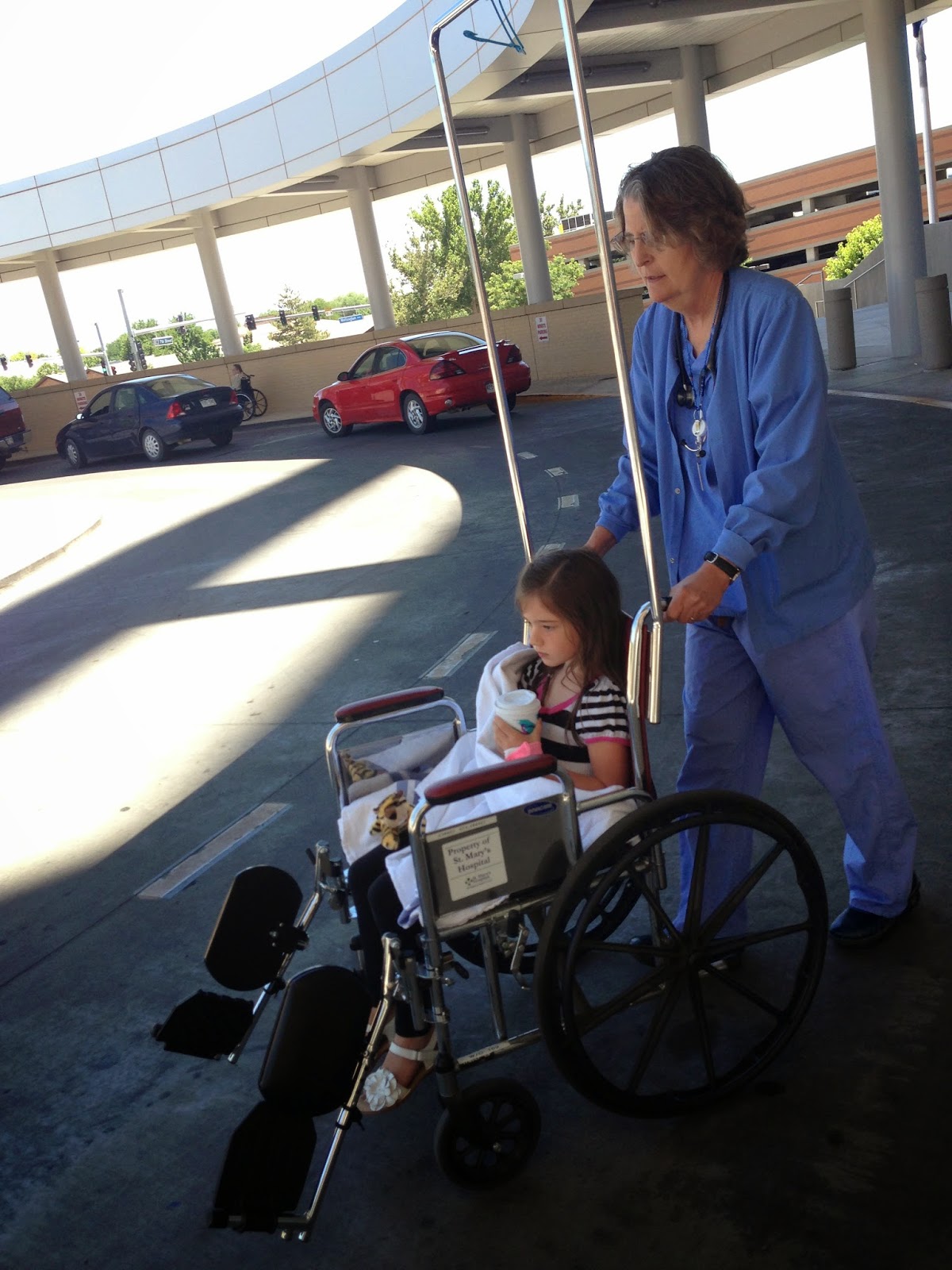 All done and heading home.
Posted by berrymom at 8:19 PM