At our school the fifth grade has a long standing tradition (even Jackson participated when he went there) to take the kids on an overnight retreat at the end of the year.  Thomas earned half of the money babysitting for us and was really excited to go.  I was excited for him.  My apprehension and nervousness started kicking in a few days before he was leaving and I wasn't so sure he should go.  I tried to keep those thoughts and feelings to myself.  He was going to be gone for three days and two nights.

It was really hard to watch him walk away.  I haven't spent much time at the school so I don't know his classmates very well.  I know his teacher better, but not all that well.  I said lots of prayers and hoped he would be able to handle any situations that might come up.

He had a great time and was glad he went.  He was a bit embarrassed that his suitcase was the biggest one.  It was my fault.  I thought it would be easier to have the pillow and sleeping bag all in with his clothes.  He agreed, but no one else had that idea so he was the only one with a big suitcase.  :)  Sorry Thomas! 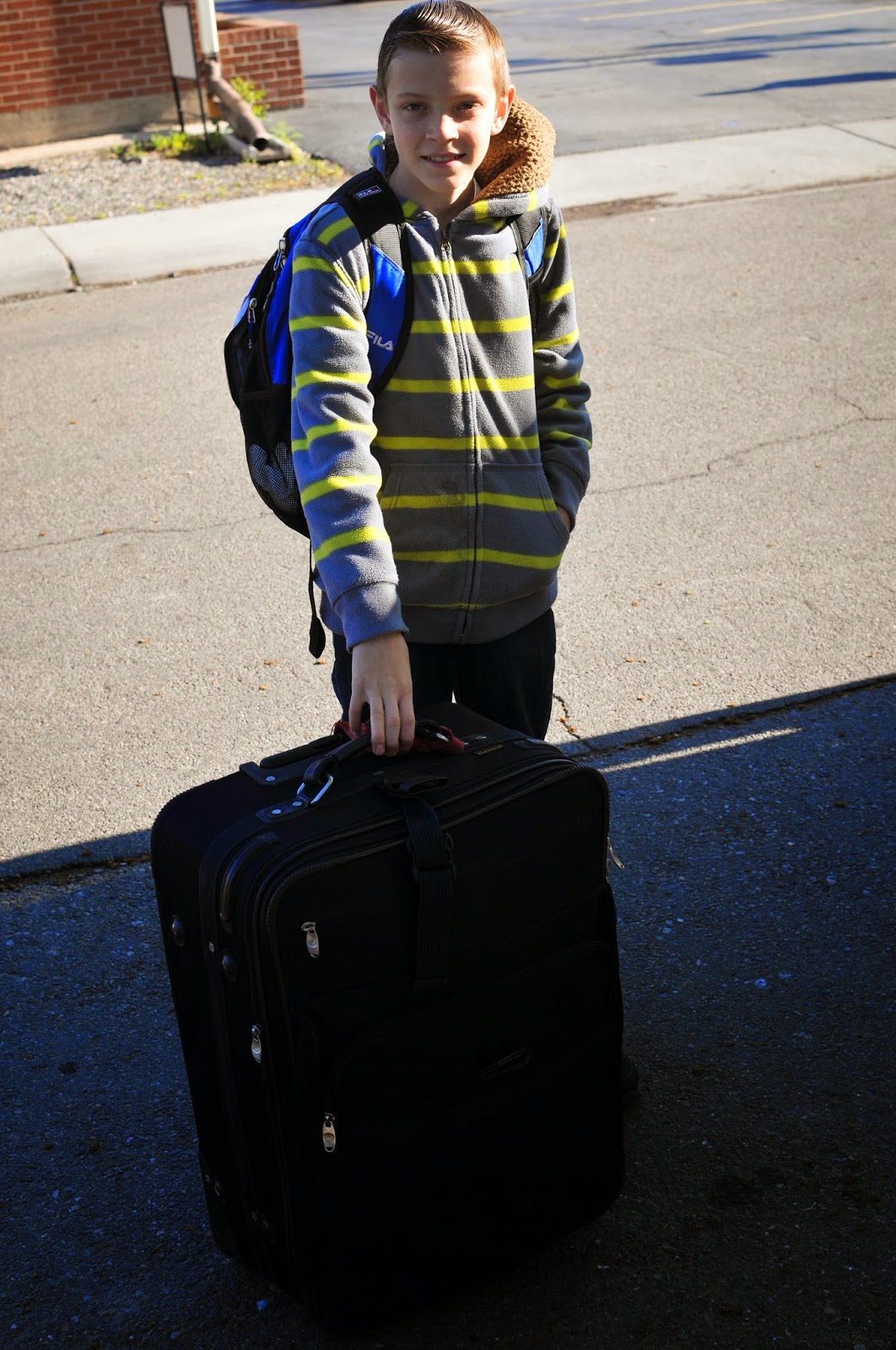 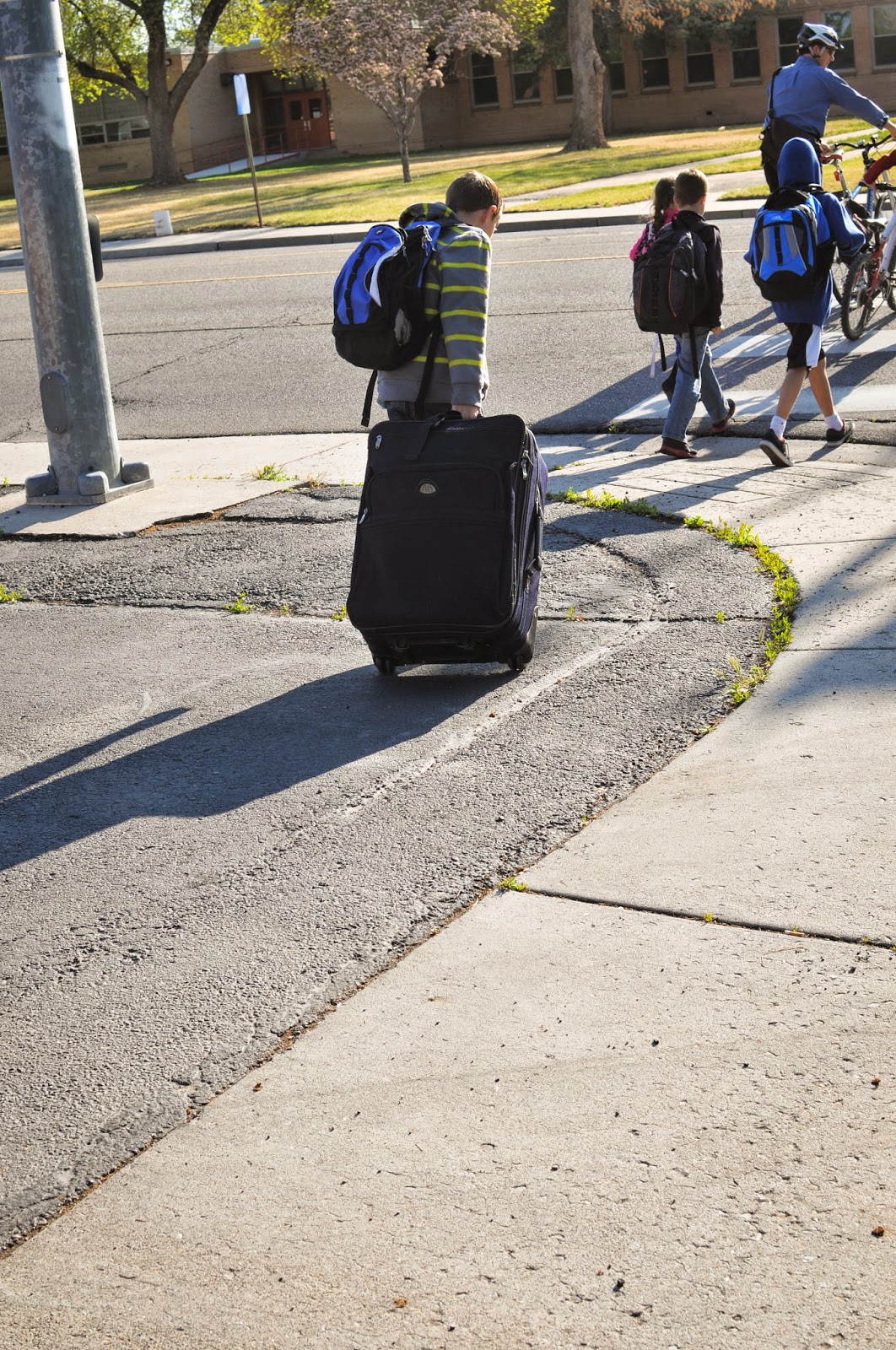 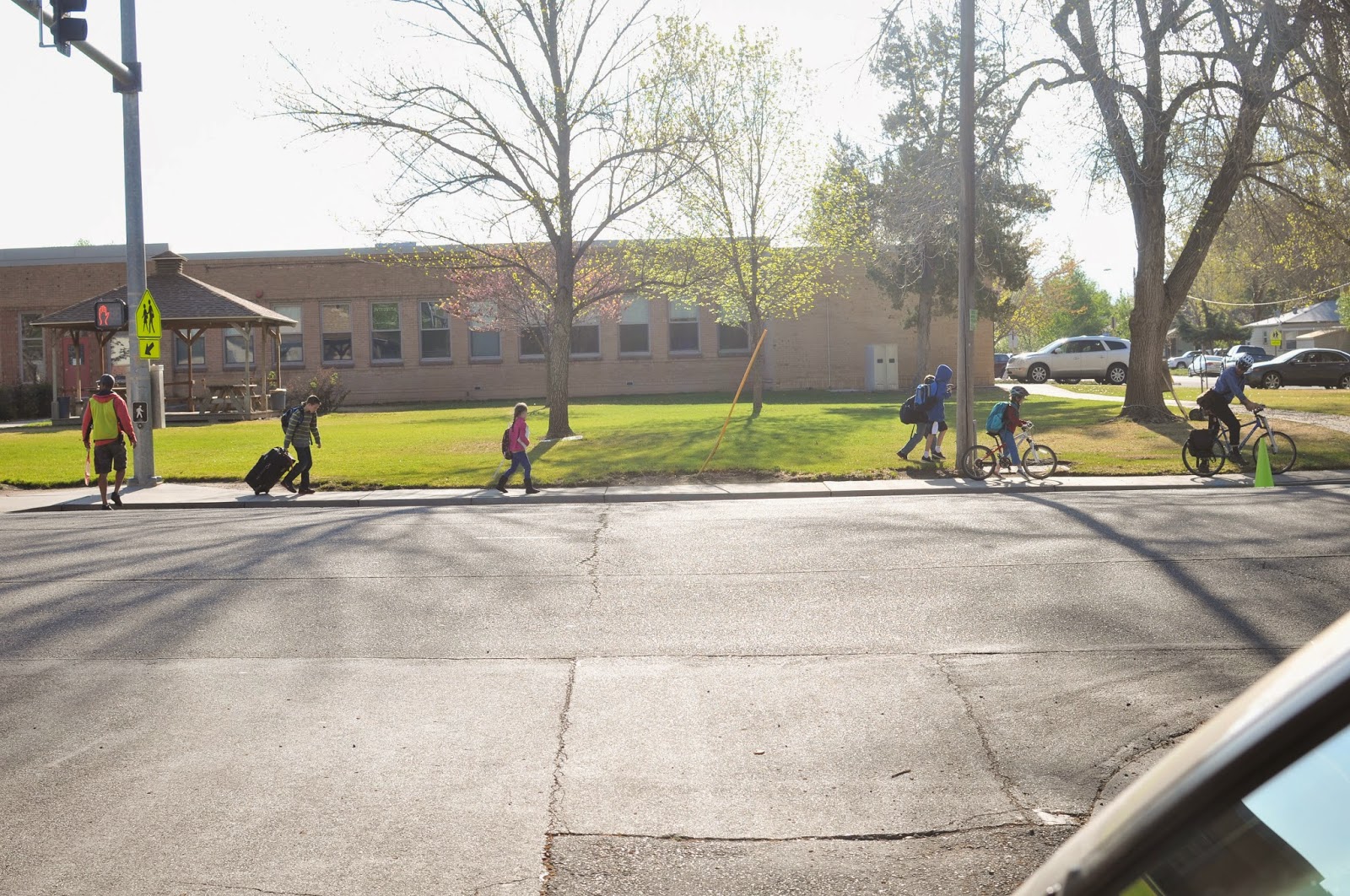