Here are a few random pictures from the past month or so. 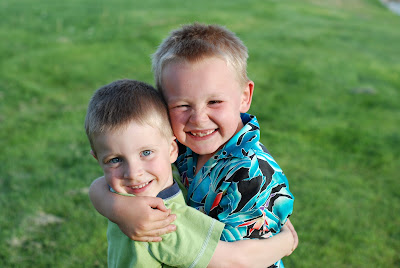 This is Thomas and his cousin Newell. They are good buddies. 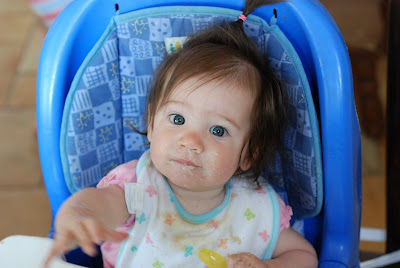 Estella eating oatmeal. She is figuring out the eating thing really well. The only problem is that she wants the spoon, so when we feed Essie it takes four spoons. One to feed her with and three others to keep her little hands busy! 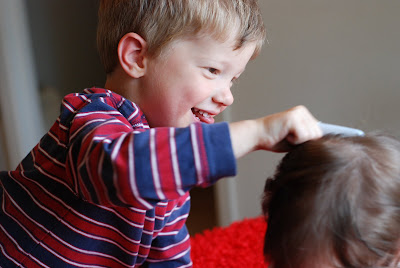 Nicholas found a little baby toothbrush that goes on your finger and used it to brush Essie's hair. He knew it wasn't for brushing hair, so he had a "I'm being so silly" look on his face the whole time he was doing it. 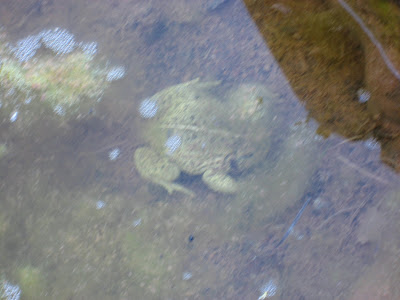 For Jackson's birthday we decided to get a babysitter and go on a hike just the two of us. It was so fun to be able to move quickly on the trail without stopping or carrying the kids. We hiked up to a waterfall and decided to explore up over the top of it. When we got up and over we dropped down into a little valley. Suddenly we were surrounded by echoing animal calls of some kind. It took us a while, but we figured out they were frogs. On our hike back we ran into a group of people who were actually hiking up specifically to listen to and watch these frogs. They informed us they were called "canyon tree frogs." It was so fun that we wanted the kids to have that experince as well, so we hiked back up a few days later with all three kids. It took a lot longer, but it was worth it. We had a blast. If you want to see a video that Jackson took, just go to YouTube and search Canyon Tree Frogs.

I love the brothers picture. That is really sweet.

Estella's hair is getting so long! Where does her beautiful brunette hair come from?! Your boys are lighter haired and aren't you and Jackson both blondes as well? She is just beautiful.

She got it from Jackson. He doesn't have hair (much hair anyway), so you can't tell what color it is :)

cool picture of the frogs! At first i thought it looked like a sidewalk chalk drawing! We are BIG into catching frogs here at our home... love the summer!

Cute blog! You have the cutest family:)

Jen, Your kids are so adorable. What a fun time to get to spend time with just Jackson. I love hiking, but there is not a whole lot out here.