We love our garden!

We love to garden. Last year we had great tomatoes and pumpkin, but made mistakes on everything else. The corn was doing great, but we didn't pick it in time and it was all starchy and chewy when we realized it was ready. The peas and squash didn't ever grow well and I think it was that I planted them too late. So...this year I planted peas when there was still frost on the ground. They are doing so well! We picked a big bowl full yesterday and made alfredo and pea linguini for dinner. The corn (in the picture) is doing great. We also planted tomatoes and red and green peppers (you can see the tomatoes in the tires behind the corn). I love fresh produce! 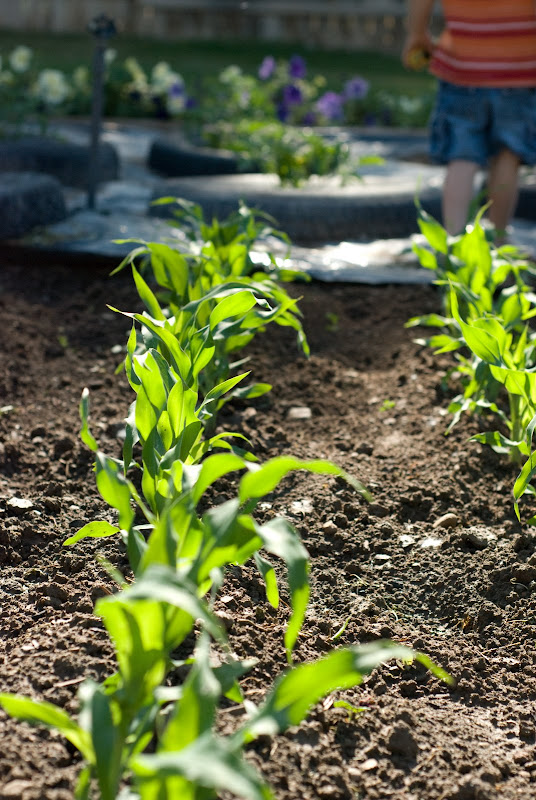 My mom bought my dad a backyard fire pit for Father's day. The day after my sister Kara was married we broke it in for the first time. Before we lit a fire and it was still new and clean, Nicholas enjoyed playing in it. Later that evening we roasted marshmallows and starburst. It was great! 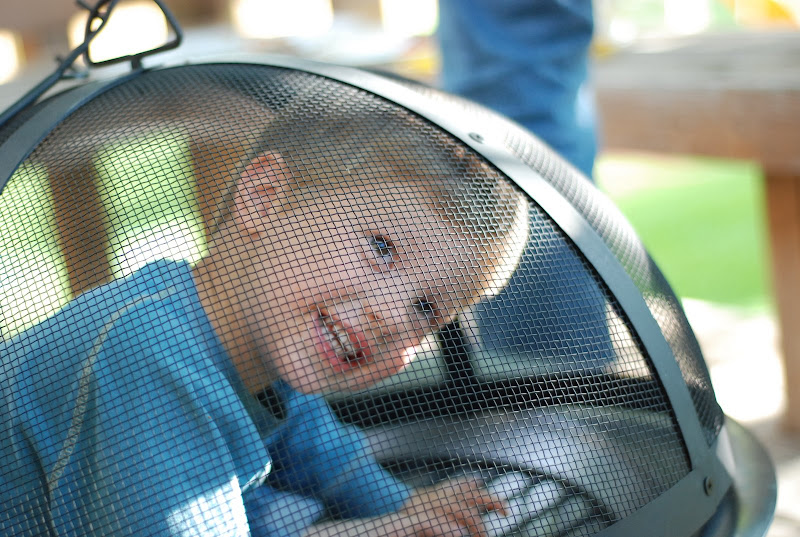 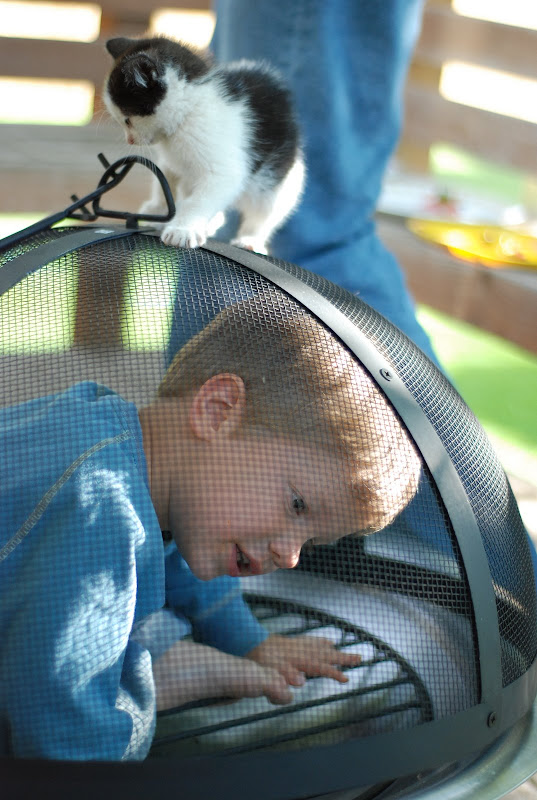 This was Essie's first time having her fingernails painted. My sister Kara did the honors. Essie was not very cooperative. She was intent on grabbing the brush. I was amazed that Kara was able to get any polish on her nails at all. They were so cute! Sorry about the blurry picture. 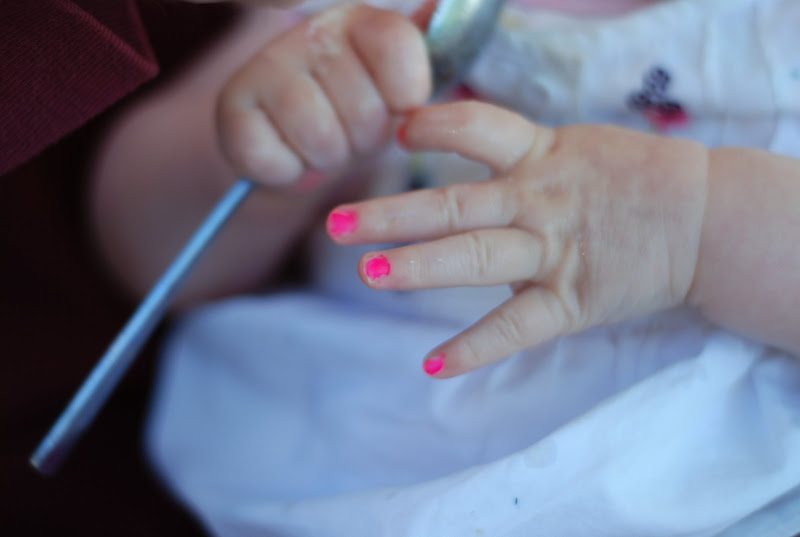 Jen,
I love fresh produce too. Our garden was doing great and we had 2 tomatoes that would be ready in a few days, but ended up with deer in our yard and they ate the tops of all our plants and stole our tomatoes. Luckily we still have one but won't be ready for a week or two. They trampled a few plants and so we lost several tomatoes and peppers and completely ate all our lettuce and spinach.

I look at all the cute things you do with Essie and it get me really excited to have a girl and to be girly.