I got a new toy today! Actually, my brother in law Cody bought me a new toy with the Amazon money he gave me for Christmas....thanks Cody! It is a wireless remote control for my camera. Today, while Nicholas and Estella were sleeping, Thomas and I had fun playing with it. I think Thomas had more fun than I did :) 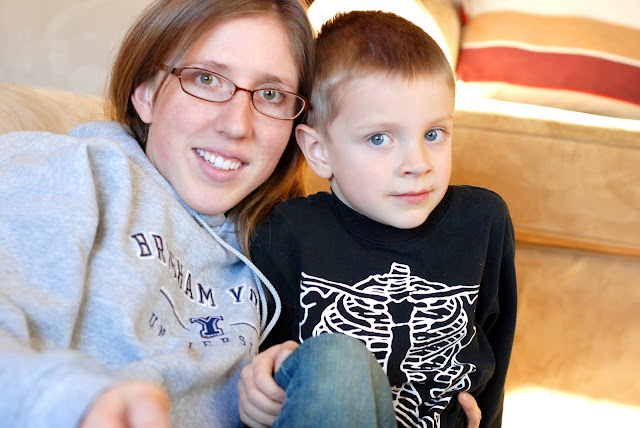 Now that is concentration! You can see the remote in the hand by his face. 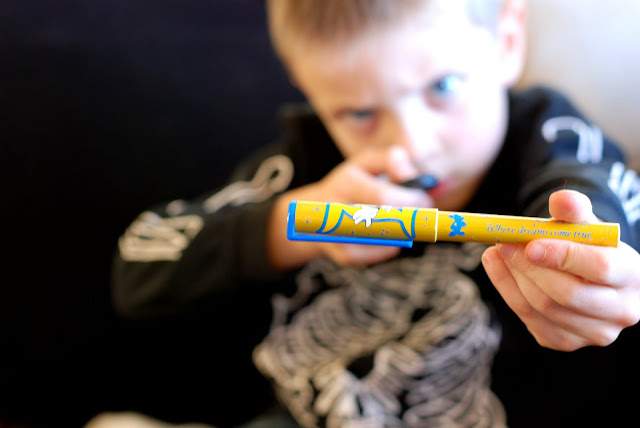 He loves this pen that his cousin Ethan brought him from Disneyland. 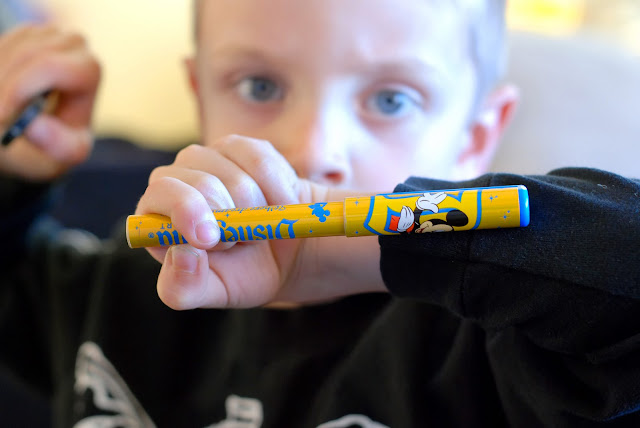 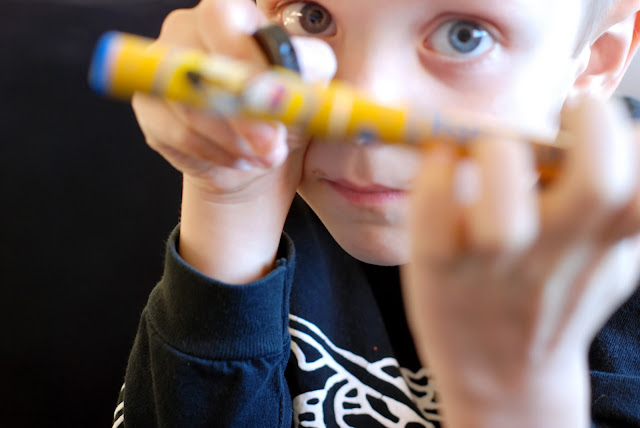 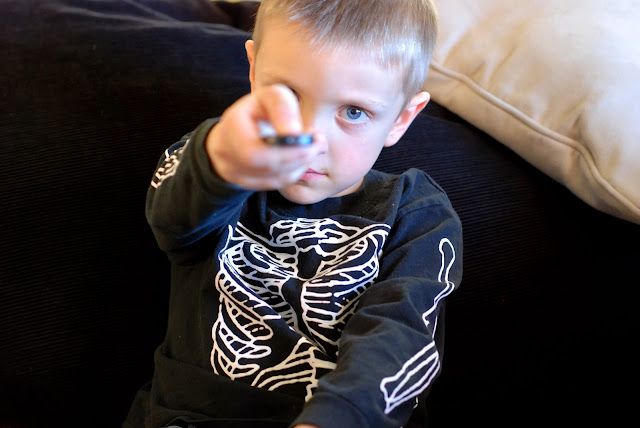 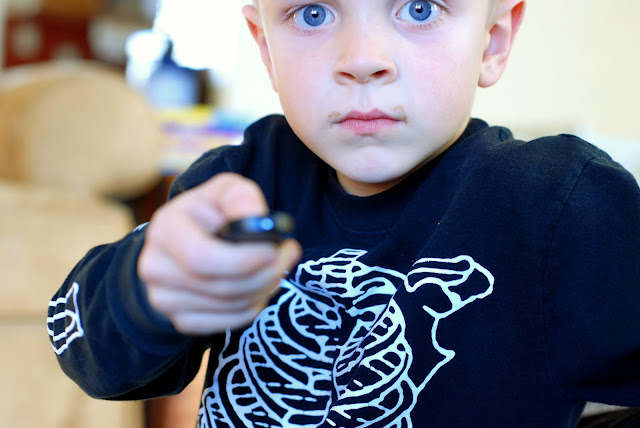 P.S. We also had a treat while the little guys were sleeping...hence the ice cream mustache!
P.S.S. Everyone is over the stomach sickness, I think. Thomas and I both were blessed and didn't get it...HURRAY!
Posted by berrymom at 8:20 PM

so CUTEE!!!! Im glad you put that money to good use:) Thomas looks so old, i cant believe how fast he is growing up!!

okay did you notice on the extreme close up of Thomas's eyes that one is brown and one is blue.... Sooooo cool.

Wow, that is really neat!!