We were all out in our extra room a few days ago. The light was great. The kids were all happy. I thought about setting up a backdrop and trying to get some studio shots of each of the kids...then I came back to reality and remembered that by the time I did that the kids would be pulling each other's hair out...in no mood for pictures. So, I opted for close head shots to practice getting my focus right on. The funny thing is, that my favorite pictures aren't tack sharp. They aren't super blurry, just on the soft side, but I love them. 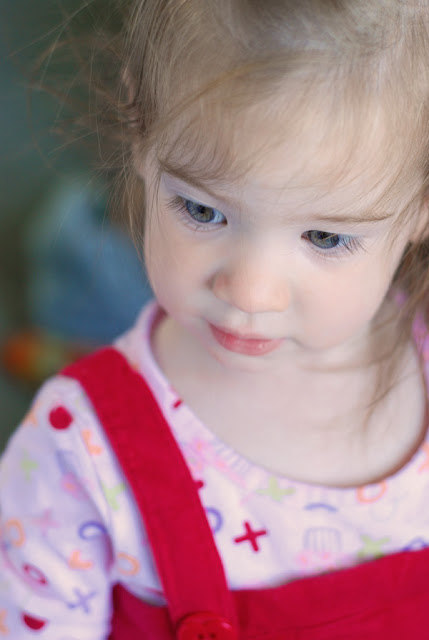 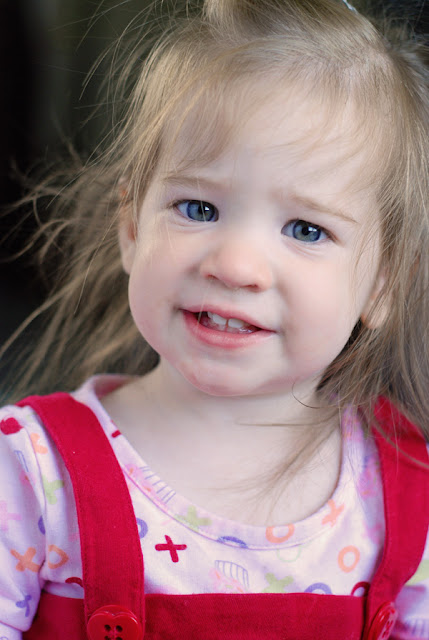 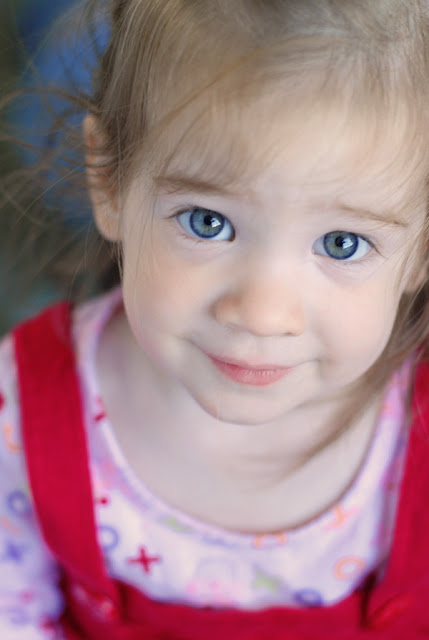 Nicholas LOVES his blanky. He sucks his pointer finger and smells his blanky. He often brings it to me and offers to let me smell it. Sometimes, it smells okay, but usually...gross!...and it's off to the washing machine. 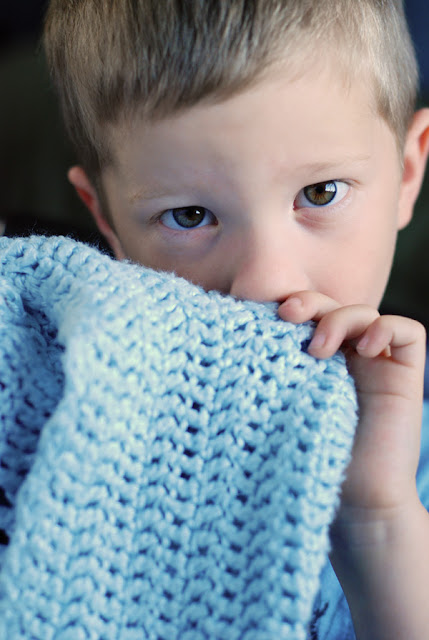 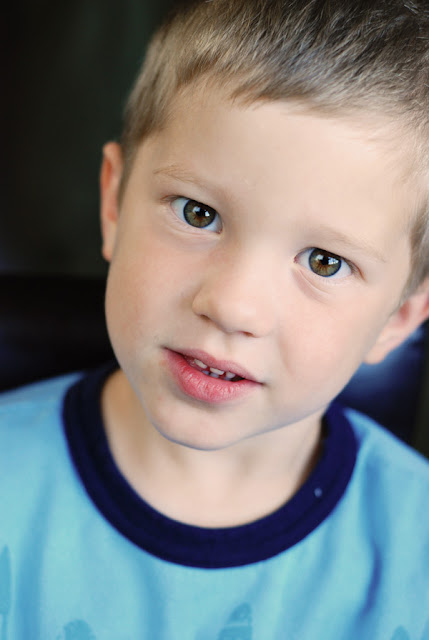 Thomas was feeling a bit serious. 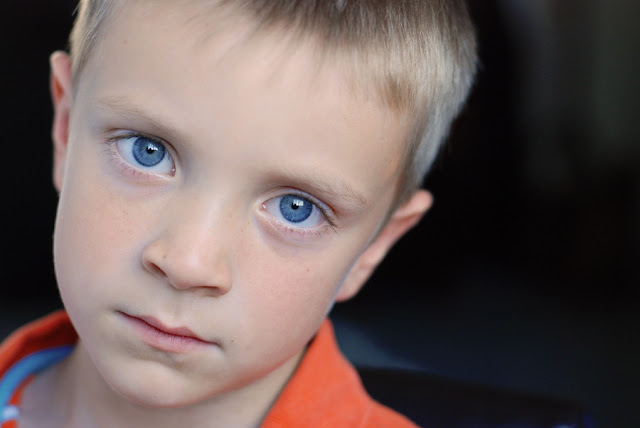 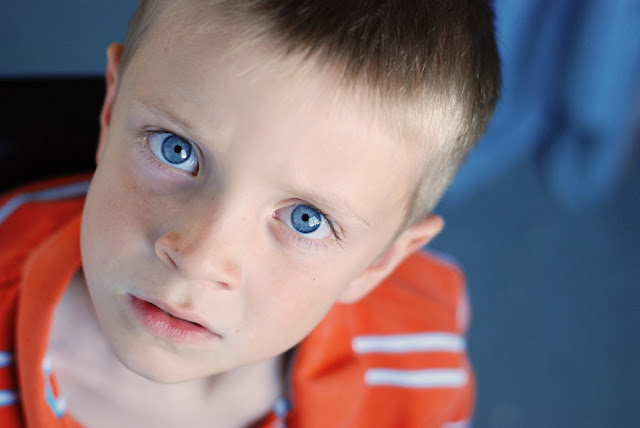 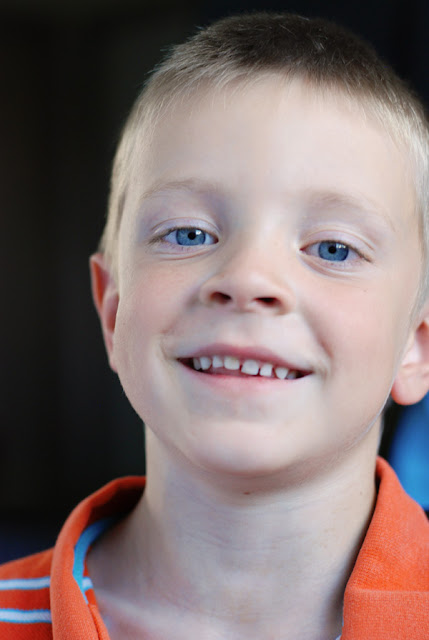 You're getting there! You're focus was great on many of those - really bringing out the details of their eyes - so bright and crisp! Nice work! PS - when do you want to get together to look at those pics? I'm pretty free this week, so whatever works for you!

LOL! You got my b-day right, but i am laughing! Just cause it sounds so like me these days! Thanks.
i love the 3rd pic of essy,it just says sweet innocents.

Um, the first picture of Thomas is superb! What beautiful children!