It was Jackson's birthday yesterday. He turned 31. Happy birthday! He had to work all day Monday, so we did most of our celebrating on Sunday. I forgot to buy candles (actually I thought I had some in the cupboard, but didn't) so we used a small scented candle. I guess it did the job. 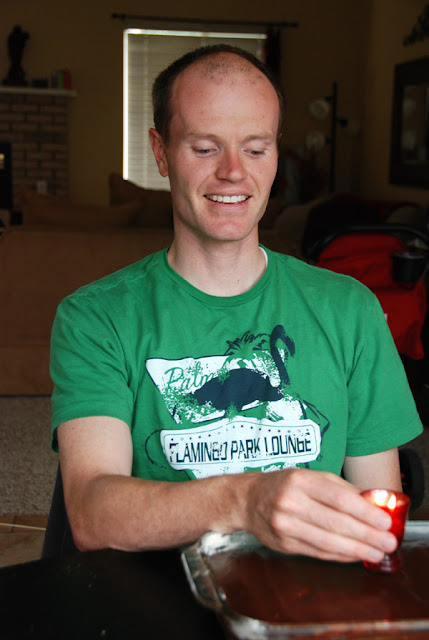 Sunday we also went to visit Grandma Berry. She is 90. I can't imagine living that many years. She is so fun to visit with. 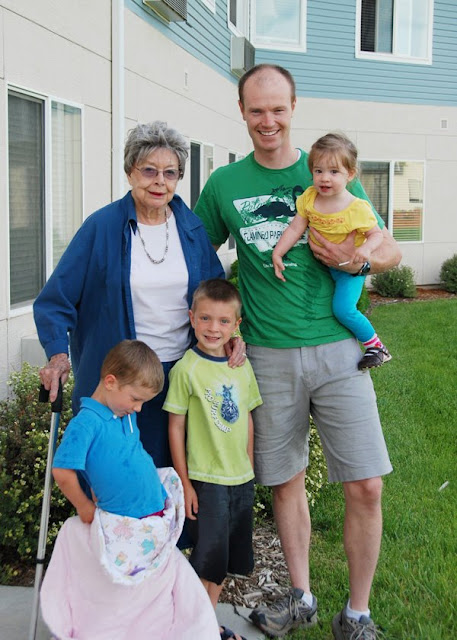 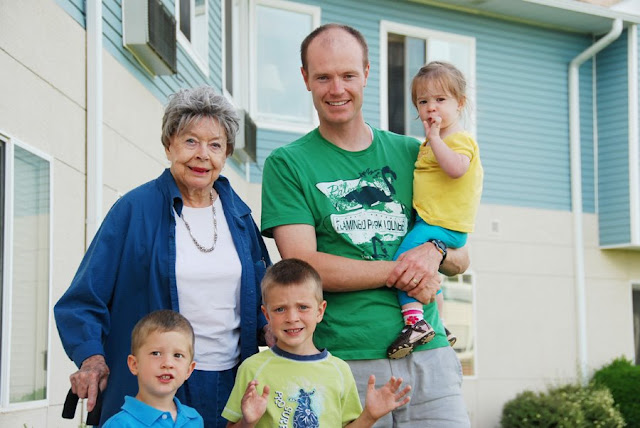 While we were there, Nicholas had to go potty. I took him into her bathroom and got him all settled on the toilet. Her toilet has an additional lifter seat to make it easier for her to get up from it. Well...I didn't realize there was a space between that seat and the actual toilet seat...Nicholas ended up peeing straight through that space all over his pants, underwear, and the floor. I cleaned up the floor, but there was no hope for his pants or underwear...they were soaked. I took him out to the van, just hoping there was some kind of extra clothing there. We found two things...a pink skirt of Estella's, and a blanket. It took some coaxing, and a lot of laughing between us, and he ended up putting on the skirt. It was hilarious. 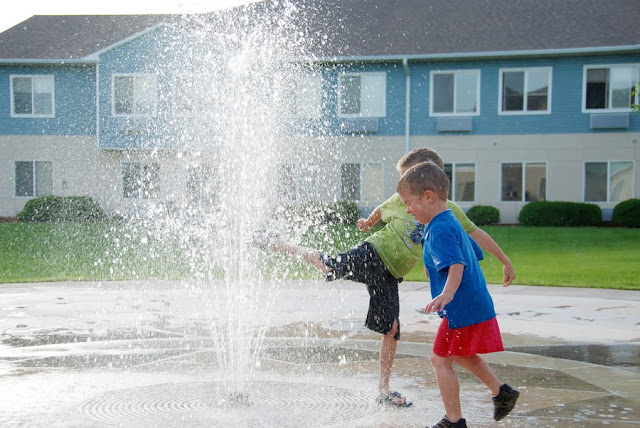 I should have just left him in the pee pants, becuase he ended up soaking the skirt in the fountain just minutes after we put it on him. I guess it makes for a good memory. 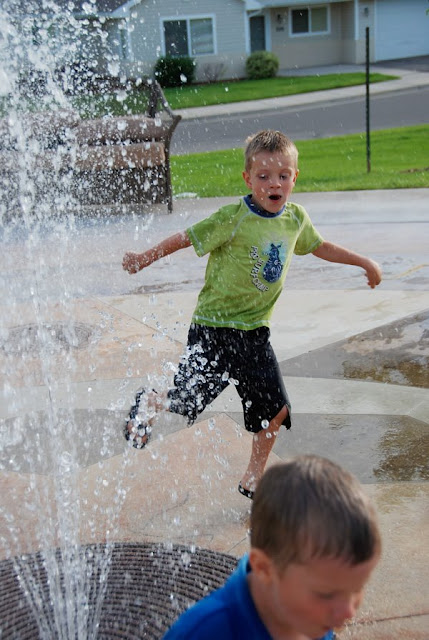 lol, the skirt picture will be great black mail for when he is older! FROM kara not Cody

Happy b-day Jackson! Love the photos, the colors, esp. the teal blue. I just realized you have shoebox on your site - Shonda is my friend Alyssa's SIL. I love her newborns and her colors!

that fountian looks like just to much fun!I had a really good visit with you when you were here, thanks so much for calling!
marie