First of all...is that how you would spell that nickname? Tomo, Tom-o, Thom-o??? Well...that is what we call him 80% of the time. Quite a while ago...at least a year if I remember right...somehow the subject of nicknames came up. Thomas was asking Jackson and I about our and other people's nicknames. He decided he wanted a nickname. We started throwing out different ideas. He firmly turned down Tom and Tommy (while I silently rejoiced). When someone suggested Thom-o he immediately settled on that. It stuck and some of his friends who have heard me calling him that, have picked up on it. I think it fits him.

I was very lucky to have captured these few pictures of Thomas' 6th birthday. This was the day of the miscarraige and I was right in the middle of it. Heavenly Father was watching out for us, though, because I cramped and bled severely all morning and afternoon. Then, right as the party was starting the cramping stopped and the bleeding slowed. I was able to help and participate for the entire party. Nothing more happened until 30 seconds after we tucked the kids in to bed for the night. What a needed and comforting blessing.

Earlier in the week, Thomas helped me make rubber band guns for his friends. They had a blast running around shooting each other. Actually I think the main targets were Jackson and his brother Judd (who came to help on short notice...thanks Judd!). Thomas has such great friends and they had a great time together. 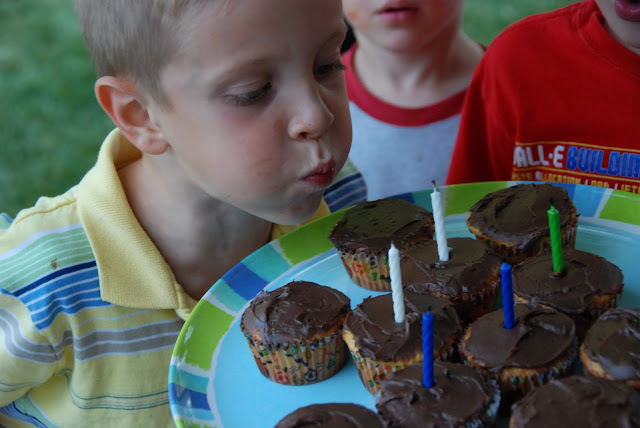 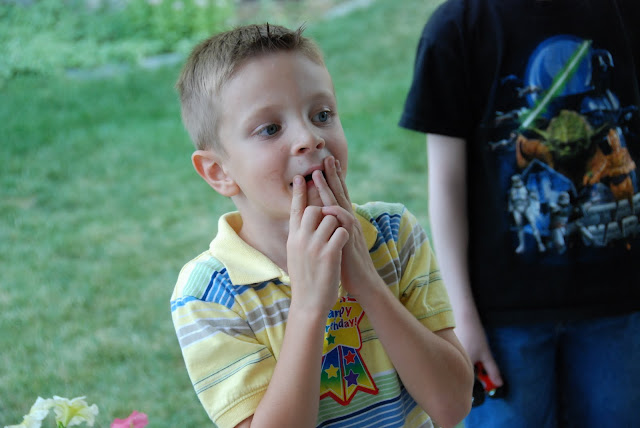