Fall soccer is in session and we love it! I have so much fun watching Thomas out there on the field...probably because he is having a blast and it rubs off on me. I tried talking Thomas into doing fall baseball instead of soccer, but he wouldn't hear of it. I thought it would be good for him to try something different, but I guess if he is enjoying this, I'll let him do it. 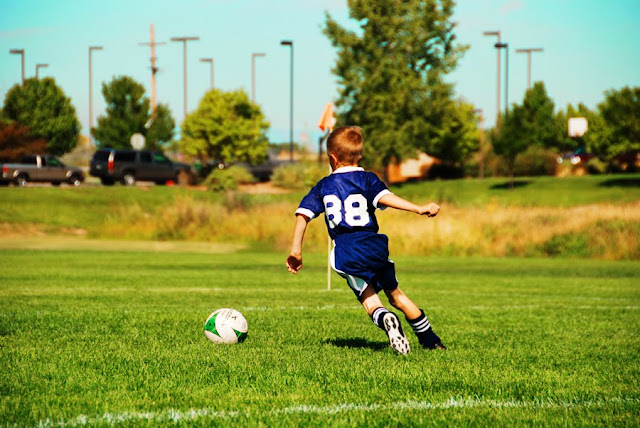 Waiting for the kickoff...actually that's probably football terminology:) The first soccer game I ever watched was the first one Thomas played in, so I don't know what things are called. 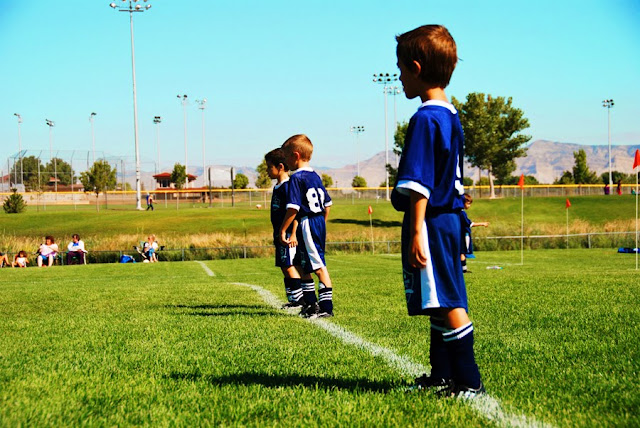 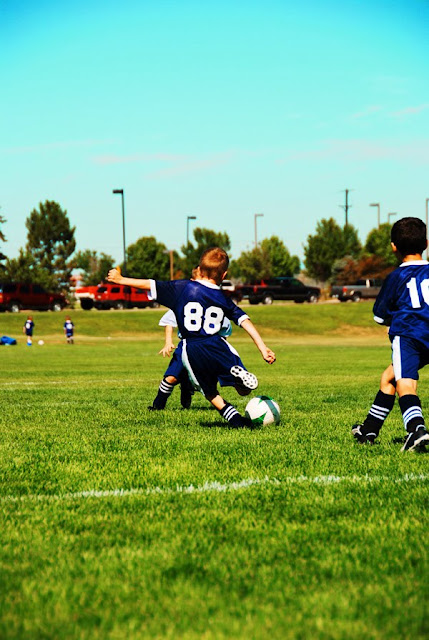 Throwing in. Jackson is our team's ref, so that is him in the orange shirt standing behind Thomas. 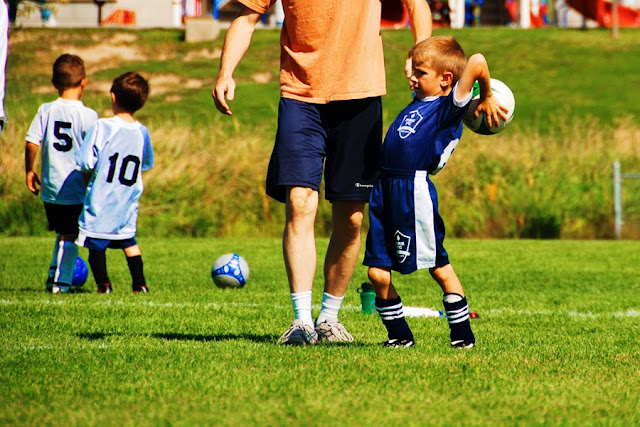 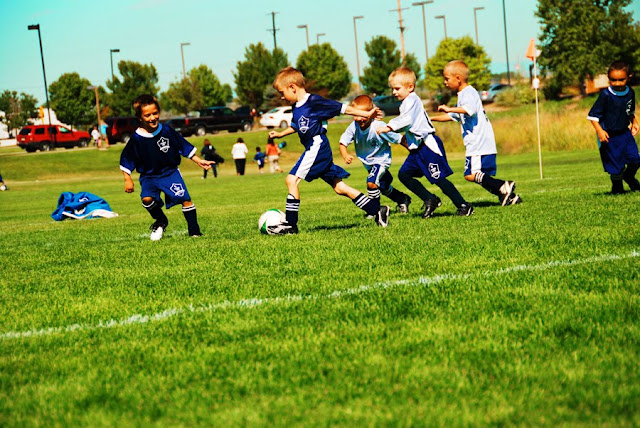 Thomas is a very aggressive player. He always runs hard and loves getting right in the middle of the action. 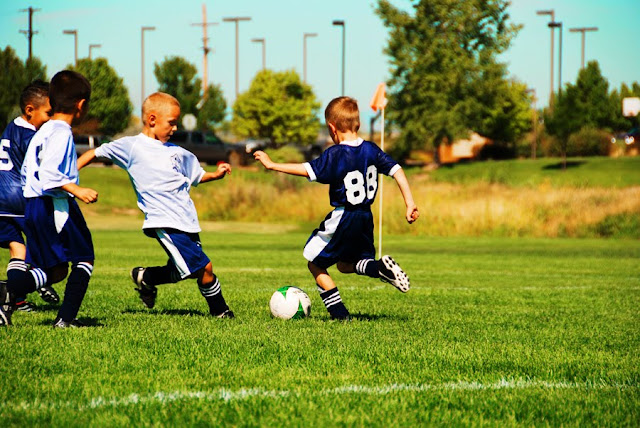 Sometimes I think he is a bit TOO aggressive. Here he is trying to take the ball from his opponent. Is it legal to do it like that? In the background, Jackson has a mixed look of worry and pride :) 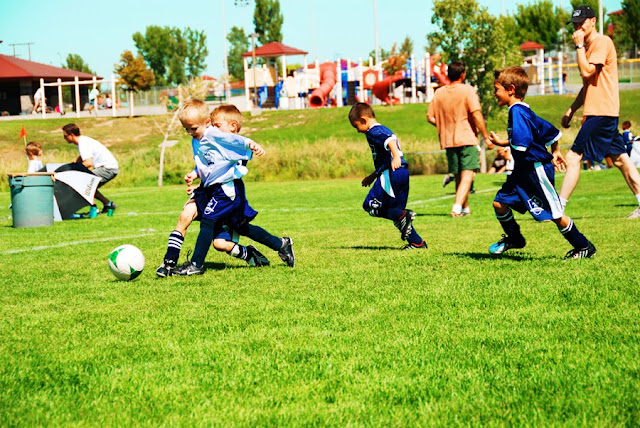 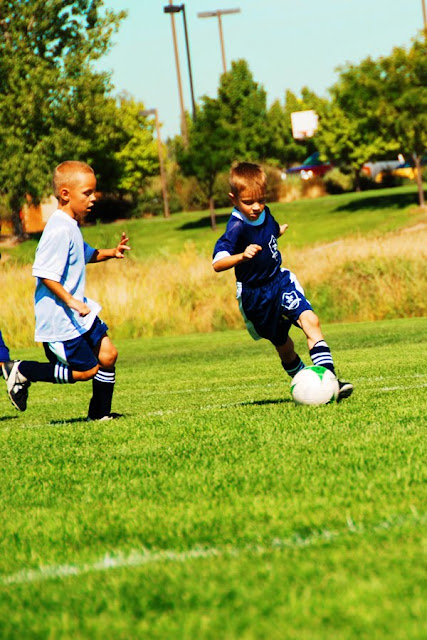 After the game is over, Thomas always says he wishes it could go longer. He really loves it, and we love watching and cheering. Nicholas can't wait until he turns 5 and he can play too.
Posted by berrymom at 8:45 PM

All these great shots make it look so fun! Impressive to have such an aggressive player at 6. We've been watching soccer and flag football a lot lately, and aggressiveness is a rare quality in these little boys. GO Thomas!!!