Estella was fairly easy to potty train. I was just about to breathe a sigh of relief that it was finished, when things got rough. Estella hit the defiant toddler stage about a year earlier than Thomas or Nicholas hit it. She expressed her independence by going to the bathroom everywhere but where I wanted her to. I tried to not make a big deal out of it and would just say, "Oh...that's sad....let's clean it up." After a week of that with no improvements I decided to try some positive reinforcement, giving her raisins every time she made it to the toilet. After a week of that, again, with no improvements, I decided it was time to give a negative consequence. She was enjoying cleaning up the mess with me...she loves to spray and scrub. I decided I wouldn't let her help me clean it up, but she would have to sit in her crib (the only place I could contain her) while I cleaned it up. That TOTALLY backfired because she quickly figured out how to climb out of the crib, which started a whole new battle...naptime. Then she did something I never expected. She climbed into her crib, pottied there, and then came to me and told me she pee peed in her crib. Then she looked at me as if to say, "Where are you going to put me now, while you clean it up?" She is TOO SMART!!! After talking to a good friend who I admire, I decided to give up and put her back in diapers. It wasn't worth the stress and frustration it was creating between us.

I put her in a diaper that morning and it happened to be the day all the cousins were going to come over for pictures. She was very happy in a diaper all morning, but around 3:30 as soon as the cousins came over, she said, "No diaper. Essie wear panties." I told her she could as long as she went in the potty. She didn't have any accidents the rest of the day. I guess it just had to be her idea, not mine. I really wanted it to work, so the next day I bought some small fruity breath mints and gave her one every time she went in the potty. She hasn't done perfectly (which I don't expect), but has done MUCH better ever since that day. Whew...what a relief! 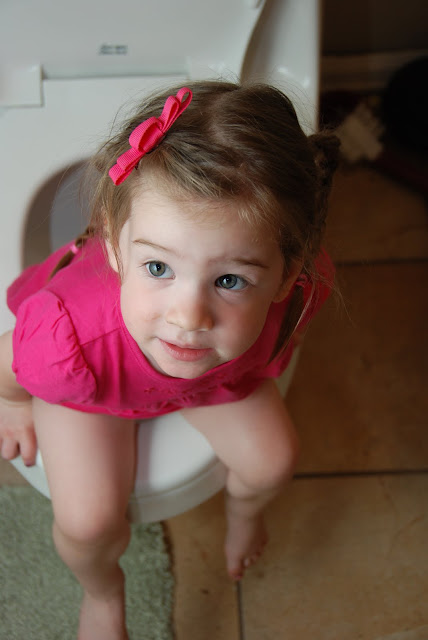 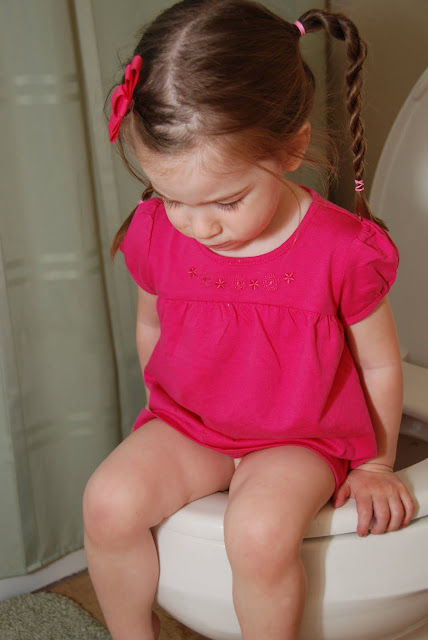 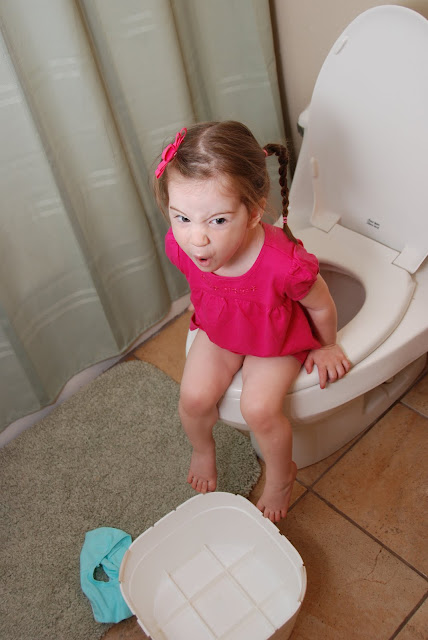 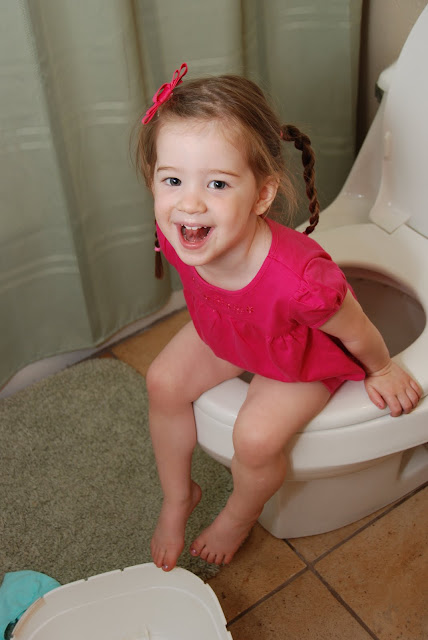 OH my goodness. Essie has some spunk!!! I am laugh to hard right now.

Wow, the memories that brings back. I have the same problem of finding the natural consequence to mess makers who ENJOY cleaning up. Looks like you figured it all out, congrat's!

We must be on the same wavelength because I was just taking pix of Annabelle on her potty the other day, getting ready to post about her experience. Have you been able to get her to poop in the potty yet? I cannot get her to poop in her potty. Grr! Potty training is definitely one of my least favorite things about parenting.

Good for her!! Wow. I think I would have laid down and just cried...and cried...and cried some more. Frustration is something I don't do very well with. I LOVE the cousin pictures! How fun to have them all so close and be able to know each other :)

OH MY GOSH! I TOTALLY can relate to that prissy, smart attitude! Kelsey is the same way, though luckily not with potty training. She is young to potty train, I'm glad she's doing much better now!