We decided to rip out the bushes in our front yard. I love the landscaping in our back yard, but I have been wanting to change the front yard ever since I moved in. I liked the color of the bushes, but didn't like how big they were right in our front entry. I was also overwhelmed with how often I had to trim them (in addition to the oodles of bushes in the back yard). I had already taken out two large bushes from the cement planters hoping that would help. It did, but not enough. I really wanted advice on what to plant because there is so much about it that I don't know, so I hired the landscaping person at my favorite garden nursery to come walk around our yard with me for an hour and give me her advice. It was DEFINITELY worth the $40. Most of the plants I was thinking about planting wouldn't have survived the beating summer heat the front of our house gets. I would have wasted much more than $40 in dead plants and frustration.

So...when I had her suggestion to rip out the bushes I went right to it. We borrowed Jackson's brother's truck, dug around the roots a little and then just yanked them right out...all six of them. It felt SO good! I will post an after picture when the new things I have planted start blooming. The landscaping lady gave me a design for the entire front of the house with specific plants she would put where. I can't afford to do it all at once, so I have just done right around the front door, but it already looks SO MUCH BETTER!!! I especially love that I can see more than a bush out the front window. 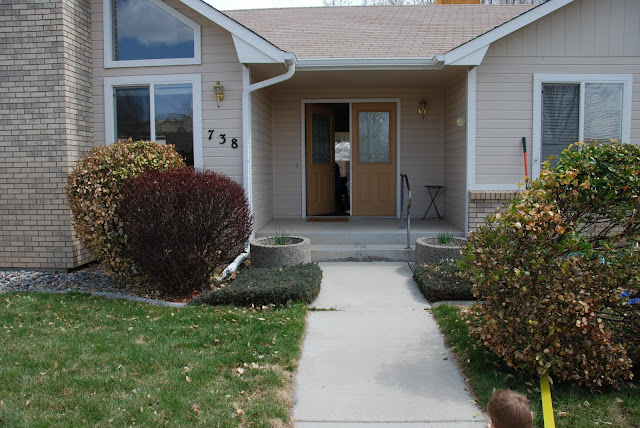 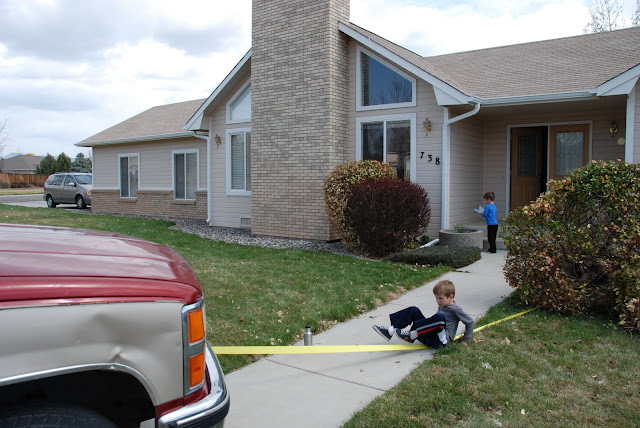