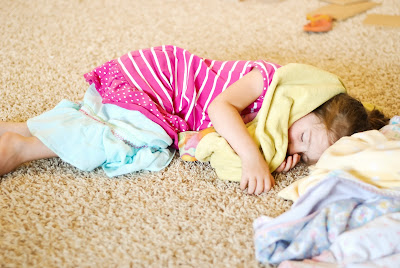 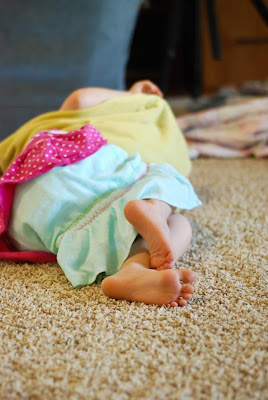 Thomas and Nicholas have shared a room for a long time. In fact, it seems like they have been in the same room forever. I have a hard time remembering the days when they weren't in the same room. Estella has always had her own room until now.

We started the sleeping arrangements by having Alexander sleep in our closet. That worked fine for everyone except me. I have a hard time getting good deep sleep when I have a child sleeping in my room. Even though he was behind the closed closet door, I didn't sleep well for the months he was sleeping there at night. I am a bit fuzzy now on when we actually moved him out of our closet. He is still sleeping there in a pack and play for naps during the day because that is the quietest room. I don't like telling the kids to be quiet all the time, so it is much easier for all of us if he is back there. After I feed him at 10:00 before I go to sleep, I move him to the crib that is currently in Essie's room.

The real problems started when I decided I couldn't stand to have Alexander in my closet at night anymore. I tried moving his pack and play into the studio (a room off our garage where Jackson teaches cello lessons). That had two drawbacks...(1) it isn't connected to our house, so I can't hear him at all unless I have the monitor set up. I don't mind using the monitor, but I only have one and I need it during the day which means moving both monitors twice a day. (2) It was weird to have a crib sitting in the middle of the room when Jackson was teaching lessons.

When I decided the studio arrangement wasn't working, I moved Essie's mattress onto the floor in the boy's room to see how it would go. It didn't go well. They all took hours longer to get to sleep than usual. It was also damaging the mattress to have it there because the room is so small that in order to move around the room you had to step on the mattress (and jump on it a few times).

One of the three mattresses in that room was smaller than the others, so I put the bunk bed up on blocks and slid a mattress underneath the bed. That worked okay, it was just a lot of work for me because it had to go in at an angle in order to fit and the kids couldn't do it on their own. I put Thomas on the floor mattress, Nicholas on the top bunk, and Essie in the middle. Essie couldn't resist rolling down onto Thomas. After a few weeks of that with no improvements I decided we needed to try something else.

I moved a bed for Thomas into the room with the baby. Thomas is the quietest sleeper and is old enough to know to be quiet. This is when I realized how light of a sleeper Alexander is. He began waking up over and over at night. I think it was when Thomas was rolling over or making slight noises in his sleep. When baby would wake up he would cry and cry and cry, keeping everyone awake. After three or four nights of this I gave up.

Right now we have all three older kids in the same room with Thomas' mattress in the corner, halfway underneath the bunk bed. This way Essie can't see him as much and is more able to settle down for sleep. It is still taking them much longer than I like to settle down and go to sleep. Essie, especially, isn't sleeping enough. She has been falling asleep in the car or on the living room floor some afternoons. She usually does this after throwing a screaming kicking fit. I haven't figured out how to help her, yet. I know she needs more sleep, but I'm not sure the solution. At some point, Alexander will be better able to share a room and I think that will help things. We will just keep shifting things around until we find something that works :)
Posted by berrymom at 7:58 PM

Hmm. That's frustrated me just to read it! I have a solution... Jackson and the boys in one room... You and Essie in another and Alexander in his own room! Does that work? ;-D

I can foresee us having the same problem one day... Abby has always had her own room, and it seems like the boys were born to sleep together. I think kids are MADE to share rooms... but I have no idea how Abigail will ever share with anybody!! I guess we'll cross that bridge when we come to it... you will have to post if you come up with a perfect solution.

Oh man, that's hard. How long did Essie sleep with the boys? Sometimes it can just take awhile to adjust. But then again, sometimes it just won't work. Good luck!