A few weeks ago after dinner, I was pushing Alexander on one of the tree swings in our yard.  Just as I gave him a big push on the rear, he let go and fell back right on his arm.  He was really upset and wouldn't move his arm at all.  He couldn't crawl up into his bed, or even sit up once he was laying down because he was hurting.  He couldn't or wouldn't tell me where it hurt, so I wasn't sure where the problem was.  I put him to bed and just hoped he would be better in the morning.  That was not the case.  He was up several times during the night crying in pain.  I finally gave him some Motrin and he slept the rest of the night.  That morning he was still not using or moving that arm at all, so I decided I should take him in to the doctor.  After examining him the doctor thought it was a broken arm and sent us downstairs for an x-ray.  There wasn't a brake in the arm, but he was concerned that it might be in his wrist which is a harder place to determine a break for sure in a small child.  He was going back and forth between a splint and a cast and finally decided a cast.  I hesitated and asked if we could get by with a splint and he thought that would be just fine too.

So...he did a splint and wrapped it in blue tape to make it cool.  That night, Alexander's hand got really swollen, which I took as a sign that there really was a break.  In the morning it was still swollen and a bit discolored, so I called the nurse to ask if I should be concerned about the new swelling.  She asked me to bring him back in (of course).  The doctor took the splint off and let Alexander play around the room for a while.  He started using his arm and hand more than he was using it with the splint on.  We decided that it was probably just a sprain and if he was doing better without the splint to just let it be.  Whew...I was relieved.  The swelling went down by that evening and he got better quickly.  It was still a couple of days before he could pull himself up into his bed, or climb up on the side of Eleanor's crib.  He is completely better now.

We had started potty training a couple of days before this happened and I was so worried that it would throw a big wrench in our groove.  It did a little bit, but we got through it and he is doing really really well now.  He has only had two accidents in the past 5 days and one of them was really my fault.  He spent a couple of weeks running around at home without pants on.  I just love seeing him in underwear...it is so cute!  Good job my Zando-man...you are doing great! 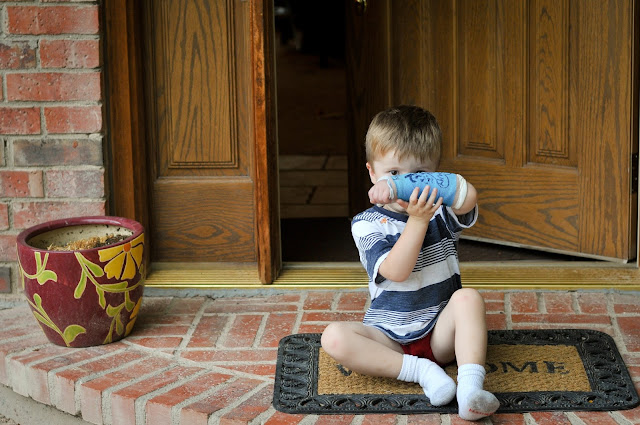 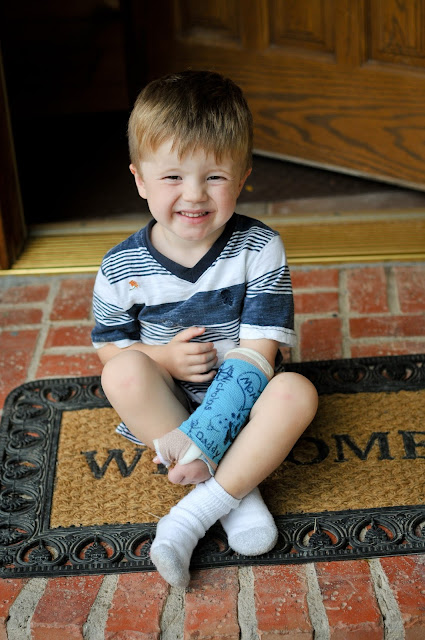 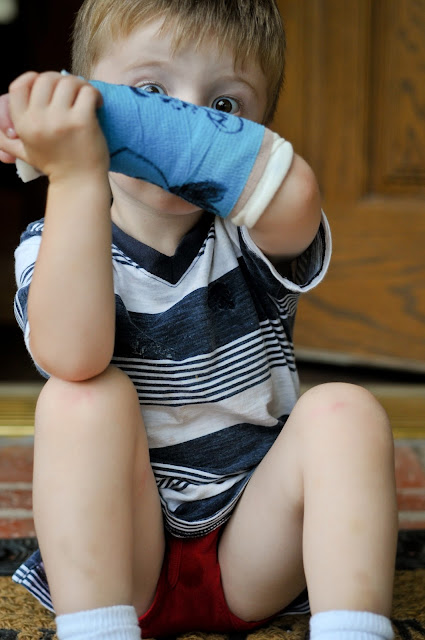 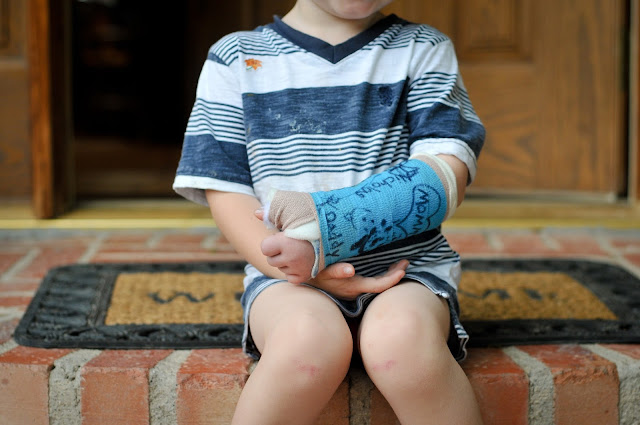 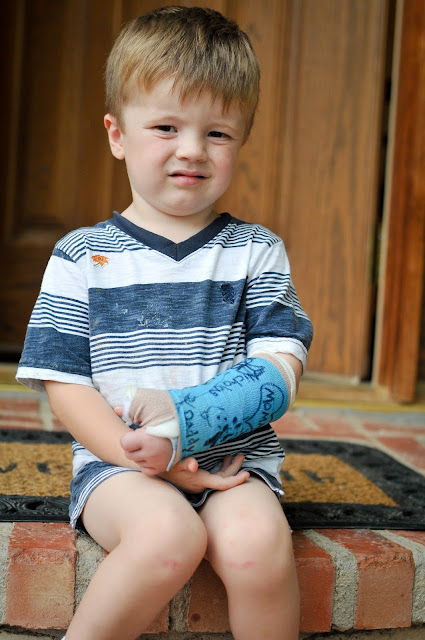