I have fond memories of playing dress-up as a child. Over the past few years I have started collecting cheap or free dress-ups for my kids. Thomas and Nicholas are beginning to get interested in them. A few days ago I got the dress-up basket down from the closet and let them have at it. First, they dumped everything out and ooohed and aaahed over it all. Then they decided on what they wanted to have on. I had to help a bit. They were so pleased with their costumes. 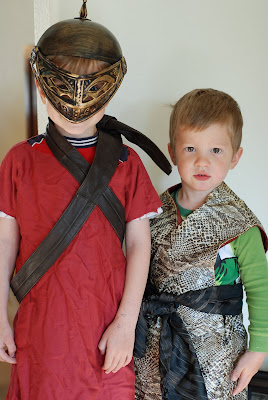 After playing for a while in his snakeskin vest, Nicholas wanted a change. He found this "Mommy hair" as I mentioned in the last post. I wasn't aware that my hair was short, curly, or mulitcolored. Thankfully I have Nicholas to open my eyes :) 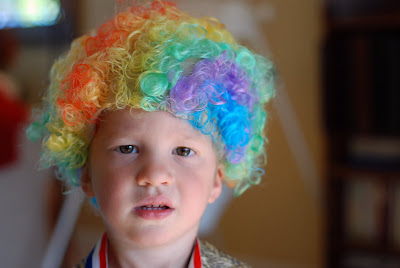 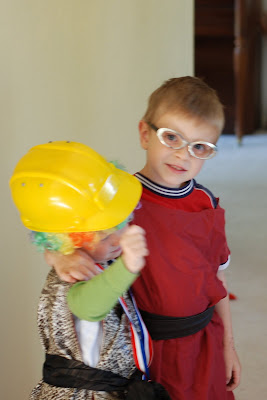 It is annual "junk pick up" time in Grand Junction. There are piles of junk on the sides of the road all over town waiting for the trash crew to pick up. Jackson rummaged up a few things to make a bike jump with, so he could practice up for his upcoming mountain biking trip with his buddies. The boys thought it was super cool that daddy could go off a jump on his bike. 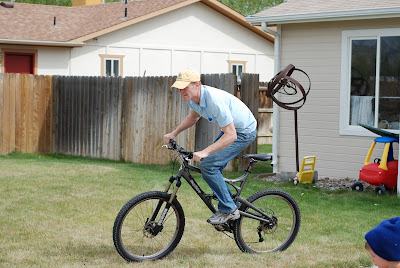 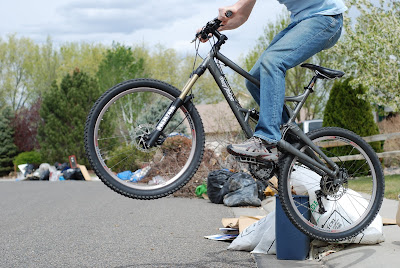 Wow, what a cool dad they have!!
I love that idea of a dress up box, Every kid needs one of those. I love "your mommy hair" i still crack up when I think about it.

Too funny. Must be in the genes...my boys spent all Saturday making a jump with our neighbor and boys (beings Dad is gone) and so my boys jumped their bikes all Saturday! Fun dress ups :)

The mommy hair... haha, what a great look for you, Jen! Dressups are so fun. I hope I can keep collecting more of them!

I love the idea of collecting dress up clothes, I need to start doing that because soon my boys will start being interested on that kind of stuff!!
It looks like your boys had fun!
Heidi.