I had a doctor's appointment on Monday. It was so relieving to hear the baby's heartbeat! I am now just over 13 weeks and feeling a little bit out of the danger zone. I wish I could say that I am feeling better. I think I am getting some energy back, but I am still throwing up now and then, and feeling pretty nauseated much of the time.

Last week was spring break for both Thomas and Jackson. Jackson planned a fabulous trip for us. Monday, we rode the train from Grand Junction about two hours to Glenwood Springs. In Glenwood we stayed at the Hot Springs Lodge which included admission to the Hot Springs. Monday and Tuesday we spent every minute we could soaking in the water. It was perfect. Wednesday we rode the train back home.

The boys were fascinated with the train and the two hours flew by. We toured all the different cars. My favorite was the lounge car because it had windows everywhere...even on half of the ceiling. We ate lunch in the lounge car at a table and played cards for a while. The train was great! 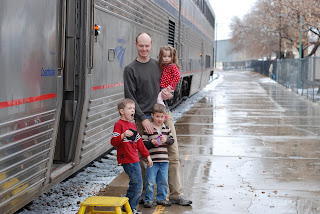 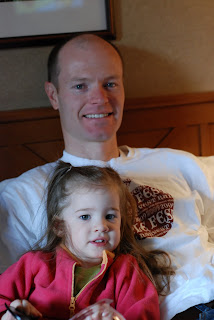 Jackson gave the boys a few dollars each of spending money before we left. They spent it all on vending machine candy and they couldn't have been happier! 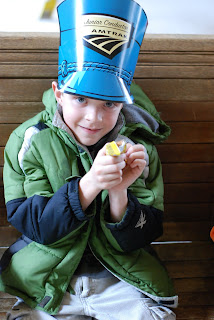 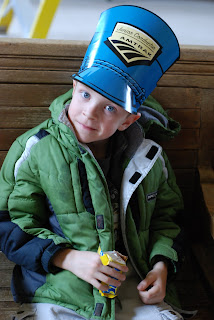 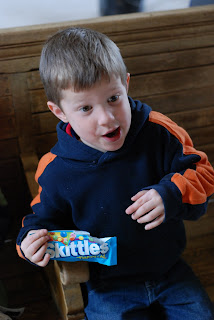 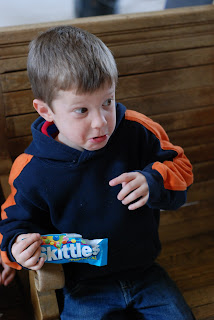 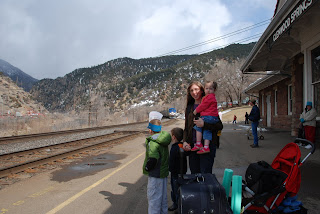 These are some pictures from a couple months ago that I never posted. We went to Fillmore for a weekend. A visit to Fillmore isn't complete for Jackson without a trip to "The Hot Pots." 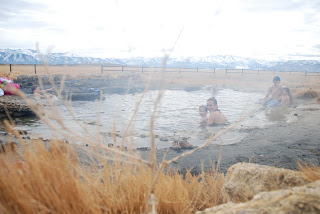 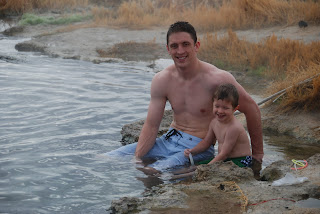 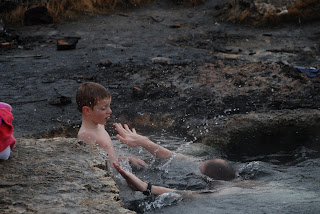 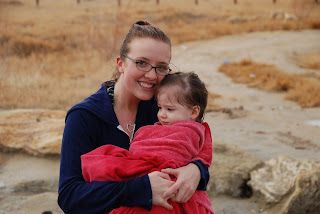 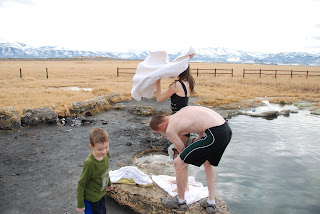 That is so fun. We rode the train from Iowa to Utah (24 hours of misery) and it was much too long. I think a 2-hour trip would be SO PERFECT! Our favorite part of the trip was going through the Rocky Mountains. It was absolutely breathtaking. I'm sure your boys were in heaven. I'm glad you guys got away for a little trip!