Jackson's parents have two canoes. They invited our family to take a trip down the Colorado a few weeks ago. Because of the contraction issues, I volunteered to be the driver. Cell phones sure made that a lot easier than it would have been without them! 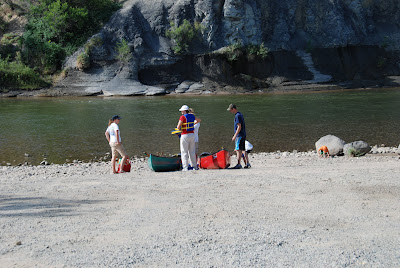 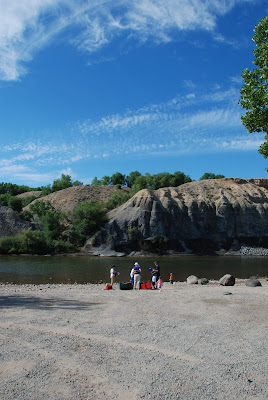 The kids had a great time throwing rocks in the river while we were getting the canoes ready. 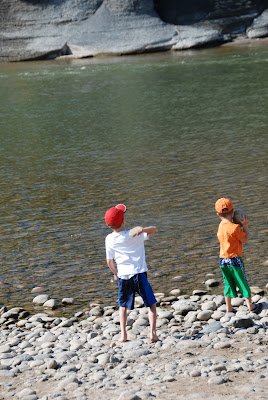 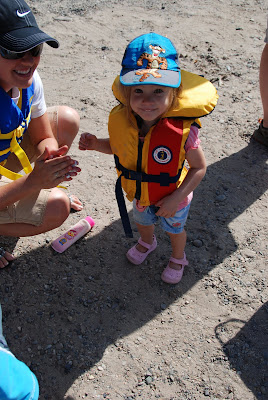 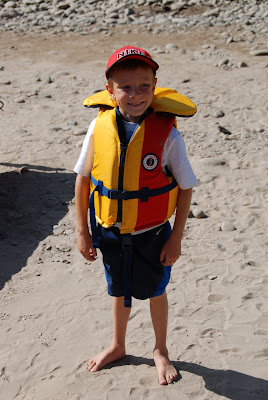 Nicholas was NOT excited...he was VERY nervous. He was doing his best to be brave, but he was really scared. 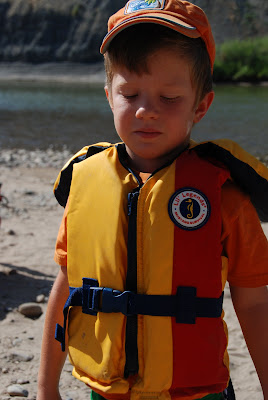 We tried being silly to help him loosen up and not think about his fears. Here are he and Jackson showing their angry faces. 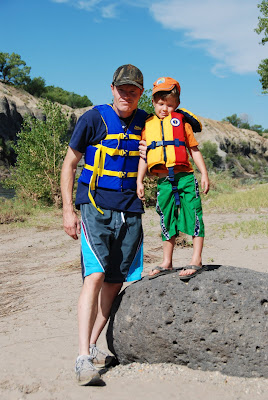 Everyone (minus grandparents) showing off the grumpy face. 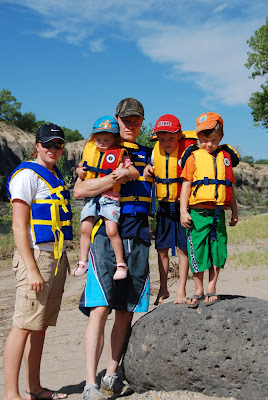 These tactics helped until it was time to get into the canoes. Michelle and David took the oars in one canoe with Thomas and Jackson and my sister Jamie took the other with Nicholas and Estella. As I was trying to put Nicholas into the canoe, he started screaming that he didn't want to go. That upset Estella, and she started screaming and crying also. Jackson and I looked at each other, paused, and then agreed that we were committed and they would have fun once they got going. We were attracting quite an audience by the time we got them out onto the water. I stood on the bank chuckling to myself, wondering how long they would cry. 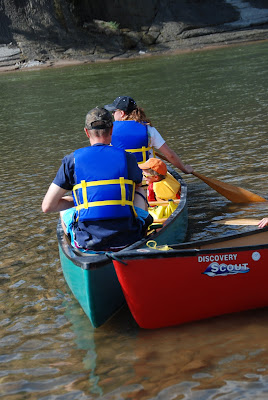 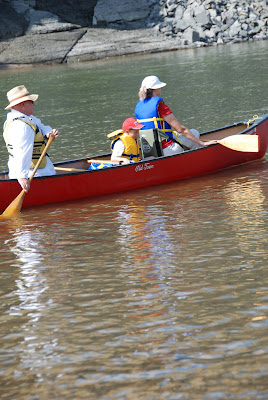 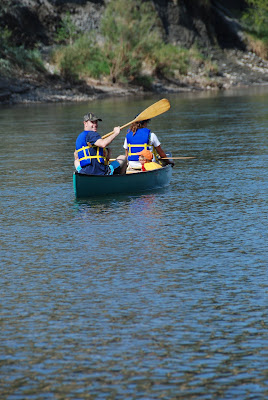 When I picked them up a couple hours later, Nicholas was visibly relieved to be done, but agreed that it was fun and that he would like to go again. Estella and Thomas both enjoyed it. It is a very calm stretch of river, which makes it great for small children. There are a few fairly swift areas that give it enough excitement to help it not be boring. Thanks to Bubba and Grandma Chelle for the fun memories!