Every night Jackson and/or I go in and tuck the kids in before we go to sleep. This night, Jackson went into the boys' room. Nicholas is a crazy sleeper and has some silly ideas about what makes him warm and cold at night. He insists on sleeping with only a pull up on. He is sure that pajamas will make him cold. He also refuses to sleep under regular sheets. He says they are cold. I agree that they are cold on your skin when you first get in, but he won't lay under them long enough to let them get warm. I have a set of flannel sheets that he has consented to use, but for some reason, no matter how tightly I make the bed, the sheets and blankets end up on the floor by morning! I have even gone as far as buying large safety pins and pinning on the sheets. That worked until once when I was stripping the beds to wash the sheets I forgot about the pins and ripped a HUGE hole in both the top and fitted sheet...dang! So...back to the point...when go in at night Nicholas always needs major tucking. His sheets are either all balled up at the bottom of his bed, or on the floor. Jackson had a blanket and leaned in to throw it over Nicholas...he didn't remember that Nicholas is on the bottom bunk and the bottom of the top bunk is right at his nose level when he is kneeling down. He slammed the bridge of his nose right into the edge of the bottom bunk. OUCH! He had a bright red spot on his nose for about 4 days. The funny thing is that no one commented on it. I guess it looked close enough to a pimple that no one wanted to risk asking what happened :) 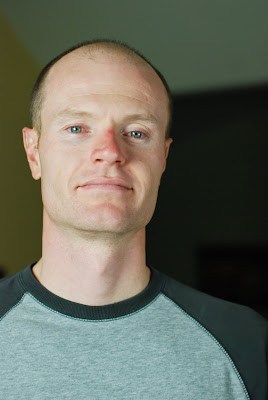 That literally made me laugh out loud! Poor Jackson! Our boys also go through phases with the weird bedding preferences. Mason insists on going to bed with PJs on and then rips them off EVERY time within 30 minutes of laying down. Ahhh, these little kids keep us laughing, huh?! (Or in Jackson's case, hurting!)