On the 4th of July, Jackson and I threw together an impromptu family party.  There was a firework ban, so we set off pressured water rockets and dry ice bombs.  The kids all entertained us with the hula hoop.  Grammy even got in on the action :)  She is developing a form of Alzheimer's and is quite humorous sometimes.  Michelle and Julia were holding the hula hoop up for her, but she really thought she was doing it herself.  It was so funny!  We love Grammy!  After Grammy, I'd have to say that Brynne was the most entertaining with the hula hoop.  She is seriously spastic and was hilarious to watch.  Hooray for fun family gatherings! 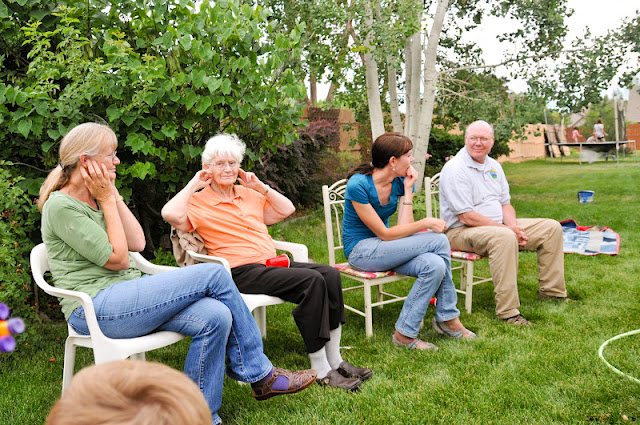 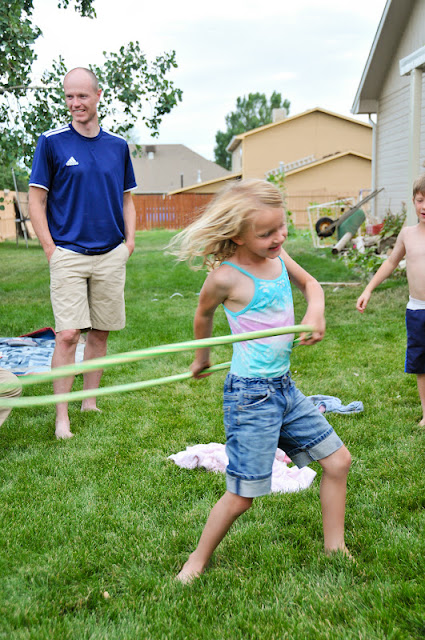 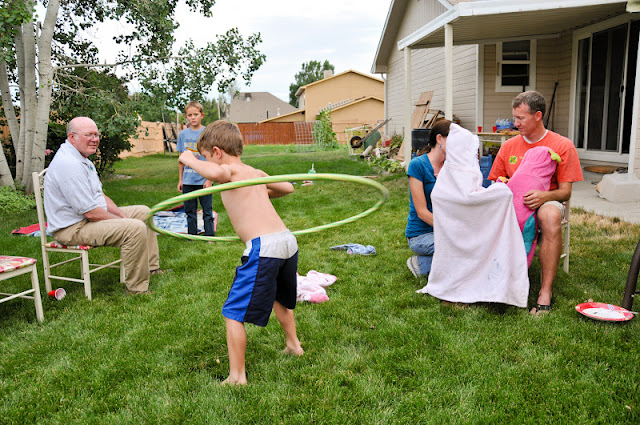 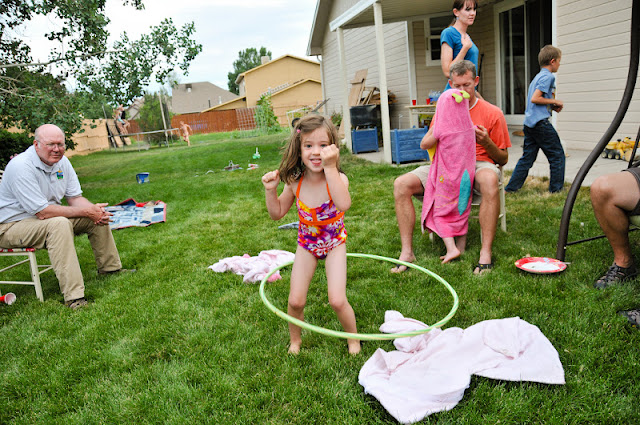 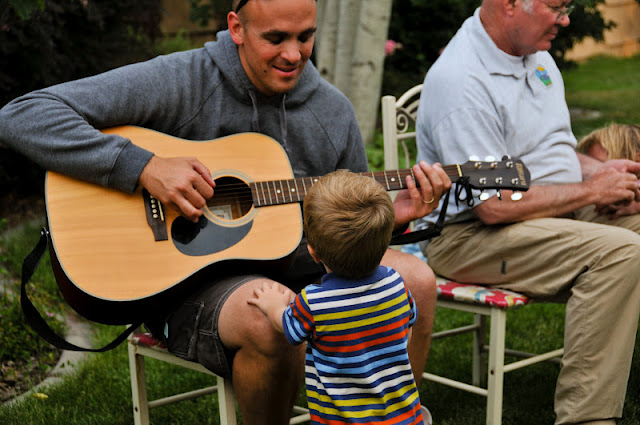 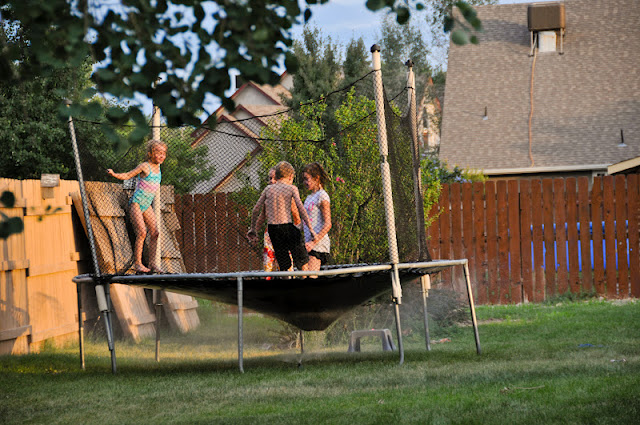 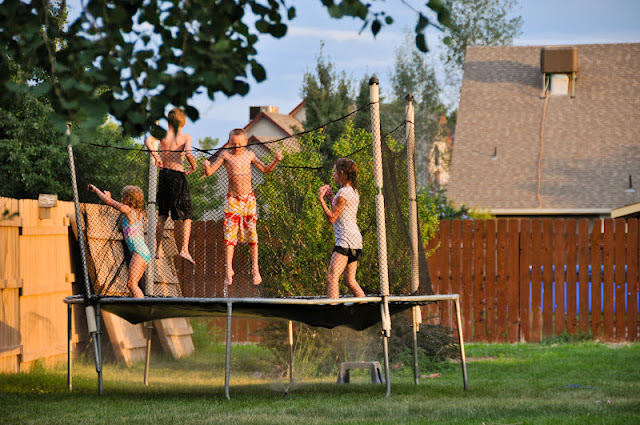