Several of Jackson's students had mentioned a desire for a youth orchestra in our community.  Jackson decided to give it a go this summer and see how it went.  There was enough interest to do it, so we went for it.  We cleared the furniture out of our living room and had rehearsals there.  I guess that wasn't the most professional place to have them, but it kept the costs down and it worked.  Jackson is brave and asked the orchestra conductor if we could hold the concert in the college recital hall.  He said yes!  It was so fun to have them play there.

Judd (Jackson's brother) conducted and did a fabulous job!  We didn't get any bass players, so Jackson played the bass part on his cello.  I was so pleased with the experience and am excited to do it again next year.  We have a better idea of how things will go and what we can do to improve it.  I was so surprised at how many new skills Thomas had to learn to play in an orchestra.  When he got the music, I thought it was going to be a breeze, but there were so many things to think about other than the music that it was quite a challenge for him.  He did wonderfully. 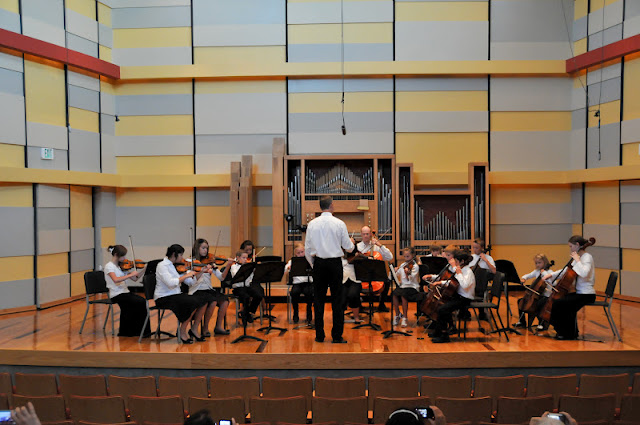 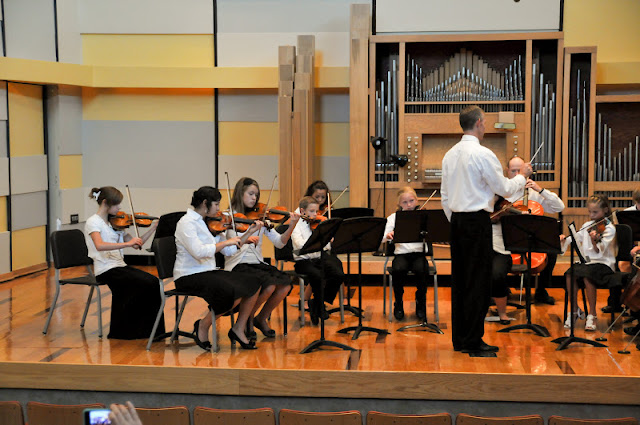 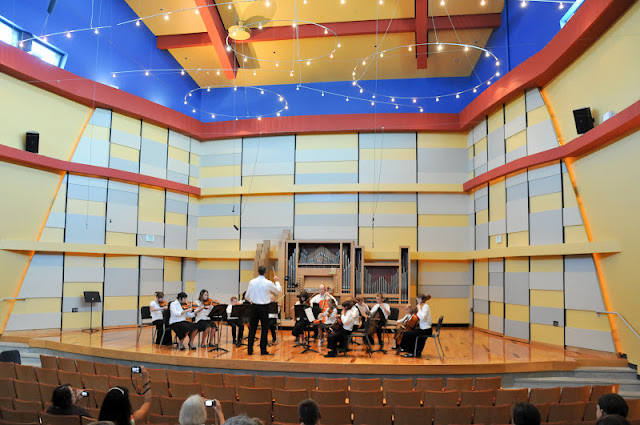 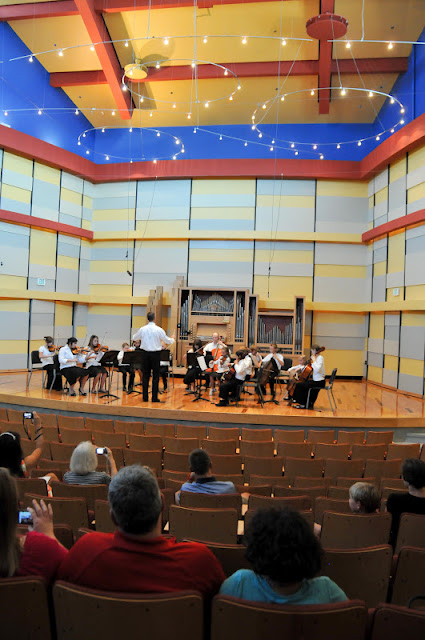 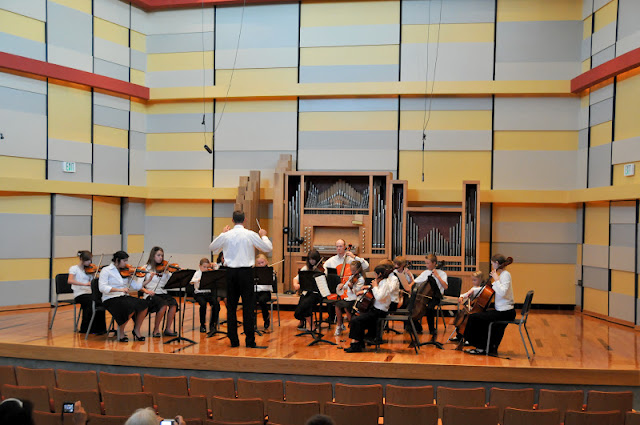 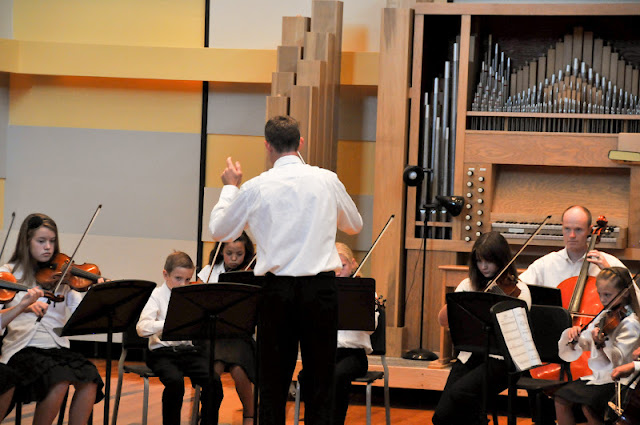 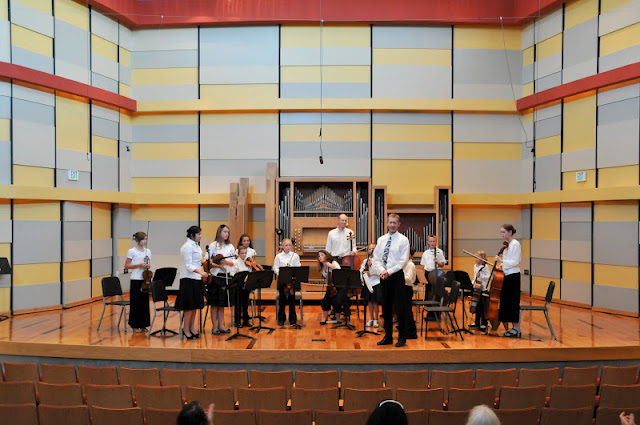