I love my cello very much

Nicholas loves his cello. Jackson taught him a little song called "I love my cello very much." The point is to get him confortable with the cello in the right position. Since taking these pictures I have learned that I was positioning the cello wrong on him the entire first week of practicing, so it is wrong in these pictures. The parent has to learn just as much (more at first) as the student. Anyway...back to the song. You get the cello in the correct position and then the child hugs the cello and rocks back and forth while singing the song. This is Nicholas' favorite activity so far. 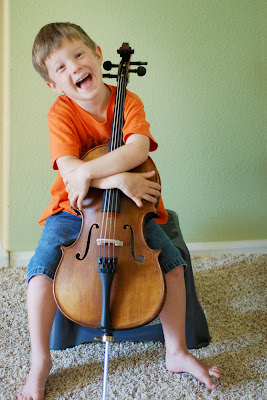 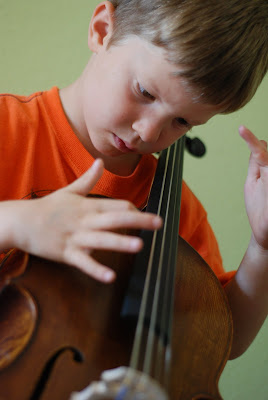 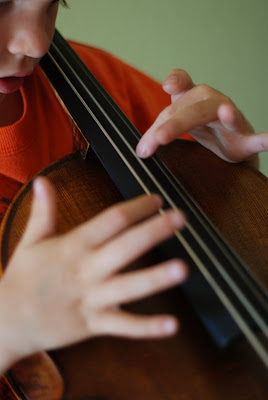 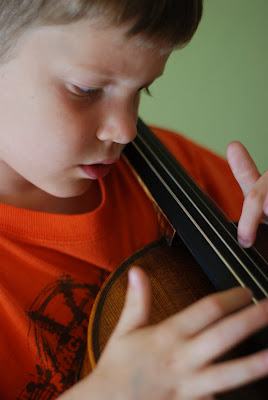 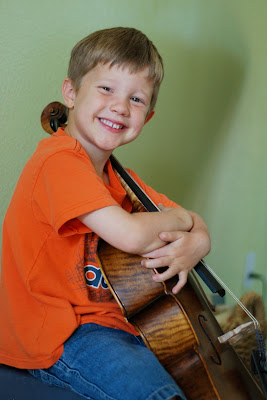 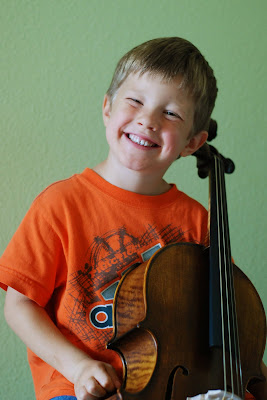 We have been so busy getting things set for cello lessons. The "studio" has been given lots of scrubbing, electrical socket removing, hole patching, painting, carpeting, picture hanging, and rearranging. It is looking great and is beginning to feel like a place where good teaching and learning can happen. Hooray!
Posted by berrymom at 8:26 PM