Nicholas had a crazy snaggle-tooth!  He has an extra tooth on his left side between his front tooth and the next to the left.  We had a dentist tell us that it was throwing off his bite and that we needed to get it removed.  We went to our orthodontist for a second opinion.  After taking x-rays and seeing that there was no permanent tooth underneath it, he recommended just waiting to see if it fell out on his own.  It was pushing his bit off a little bit, but the ortho said that should correct itself once the tooth fell out.

Sure enough, when Nicholas' left front tooth started getting wiggly, so did that extra tooth.  I told Nicholas to wiggle both of them together, and he did.  Everything seemed to be going fine until one morning he woke up and it seemed like overnight the extra tooth had swung to the front and was sticking straight out.  Even worse...it wasn't loose at all anymore!  After several days his front tooth fell out, but the snaggle stuck firm.  His permanent tooth started growing in and I had given up hope that it would fall out on it's own.  We had an appointment scheduled for a cleaning within a week or so, so I decided to wait and ask the dentist's opinion.

One afternoon after school, the big boys were playing on the trampoline.  Nicholas came in with a bloody face asking for some tissue.  Thomas had kicked a soccer ball and accidentally hit Nicholas in the face.  It hit that snaggle tooth and it was bleeding pretty good.  I told Nicholas that if he wanted that tooth out, this was the time to do it.  He took a minute to work up his courage, went into the bathroom by himself, and then came out very excited and triumphant!

I was so relieved!  That was probably the only time I will be happy to hear that Thomas kicked a ball in Nicholas' face :)

P.S.  Sorry about the nose drippage....that's just life, especially in the spring with pollen flying everywhere:) 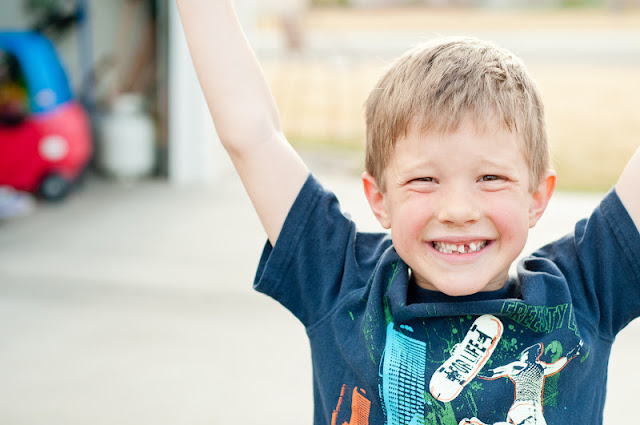 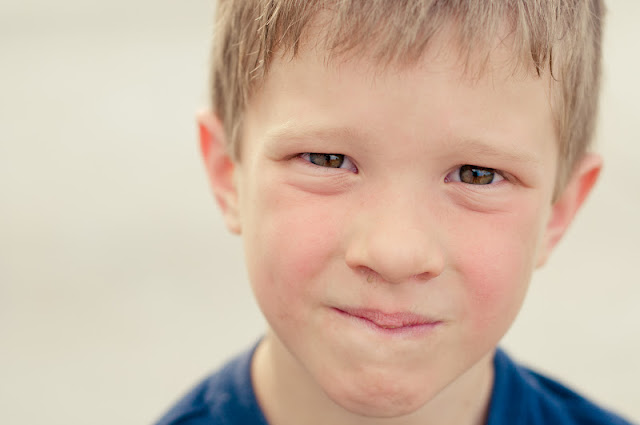 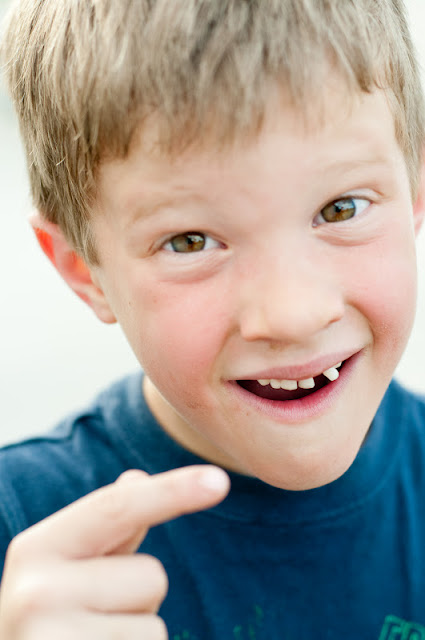 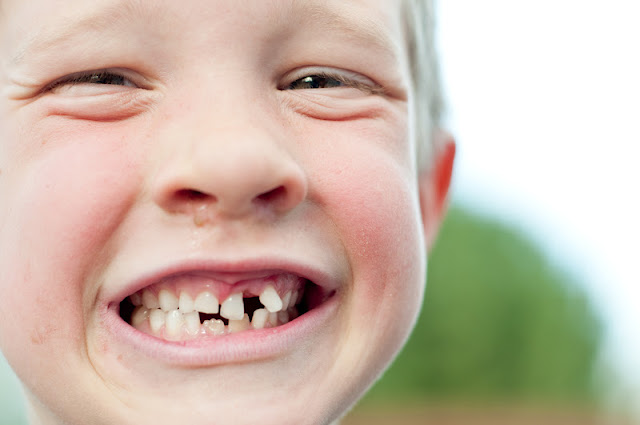 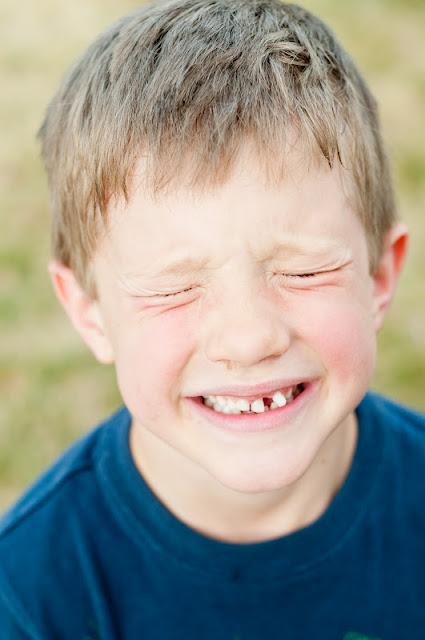 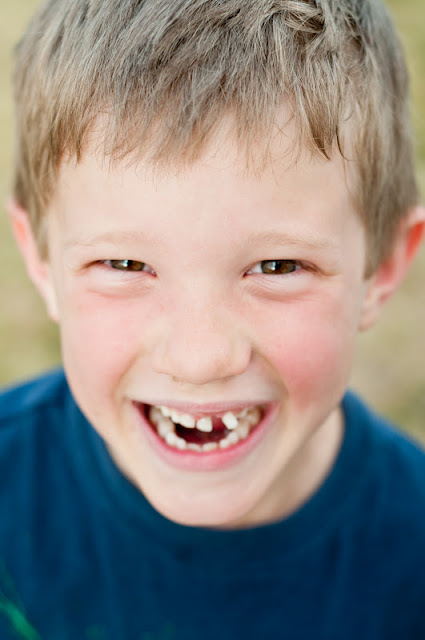