A month ago Nicholas had his Kindergarten Graduation.  I sometimes wonder how necessary little ceremonies like this are and what they are teaching the kids.  Nicholas was so excited and kept talking about how he would be in 1st grade after the graduation.  He was a bit confused when he had to go back to his Kindergarten class for another week after :)

Each of the kids had a line they had memorized and they passed the microphone around and each recited their part.  Nicholas was one of the last to say his part, so he was almost beside himself with anticipation once the moment came.  He did fabulously!  They also sang some songs...one of which was "Head, Shoulders, Knees and Toes" in Latin.

He is so excited for first grade.  He is a bit nervous to go all day.  He talks about it now and then, worrying that he will get tired.  We found out that he got the teacher that he had been hoping for...our next door neighbor, Mrs. Dollar.  He keeps saying things like, "I can even have school lessons on the weekends, because I can just walk over to her house and she can teach me!"  :) 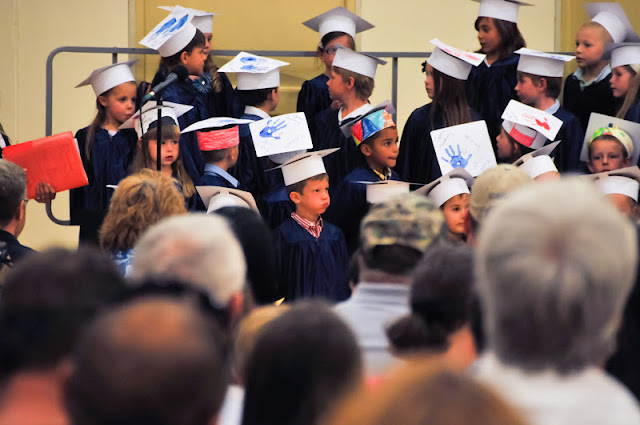 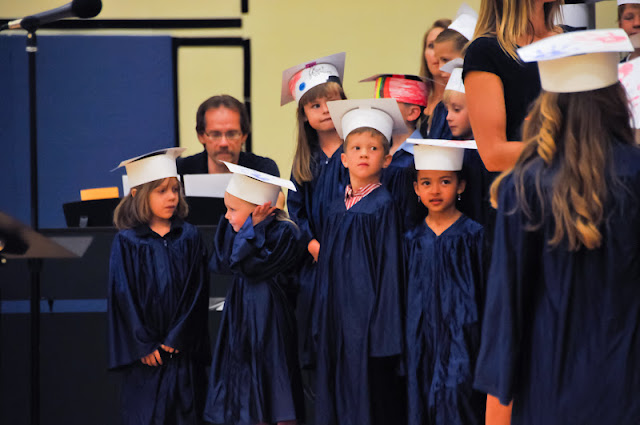 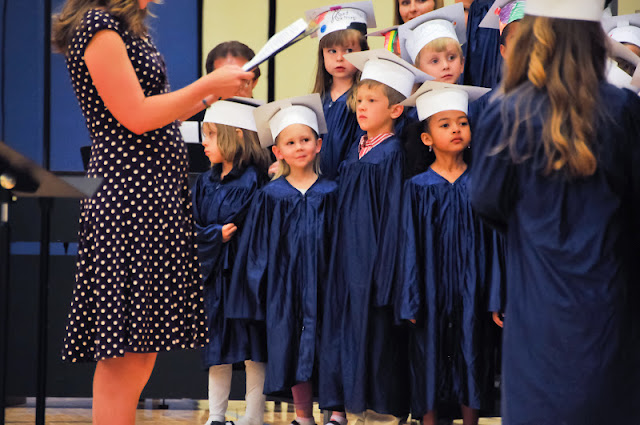 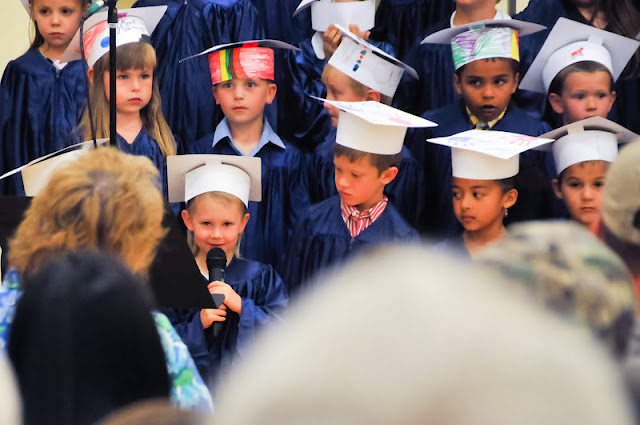 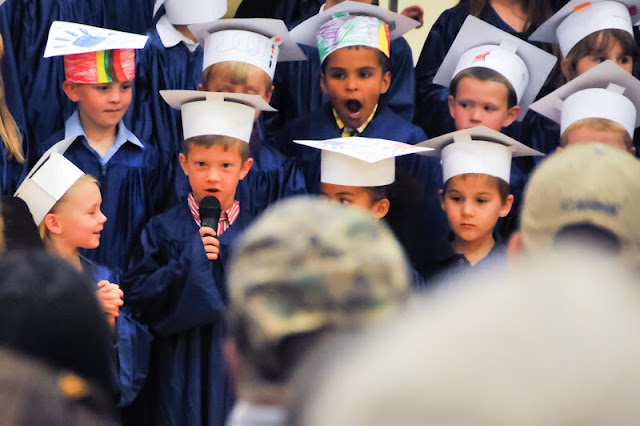 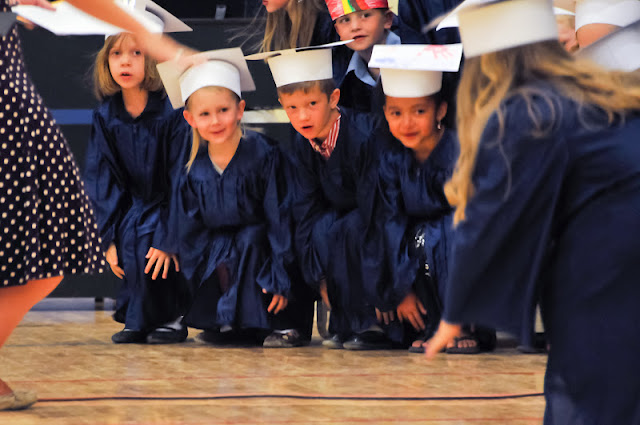 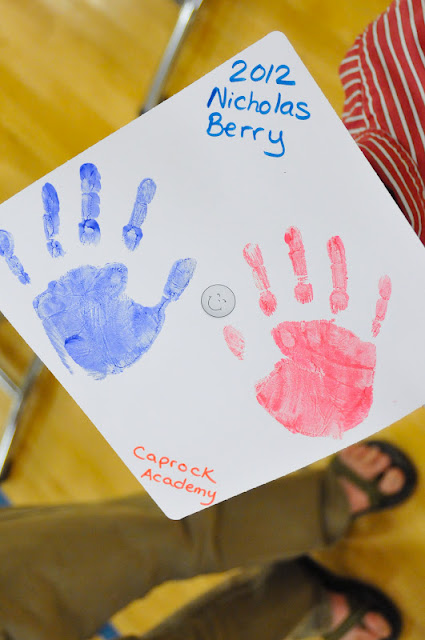 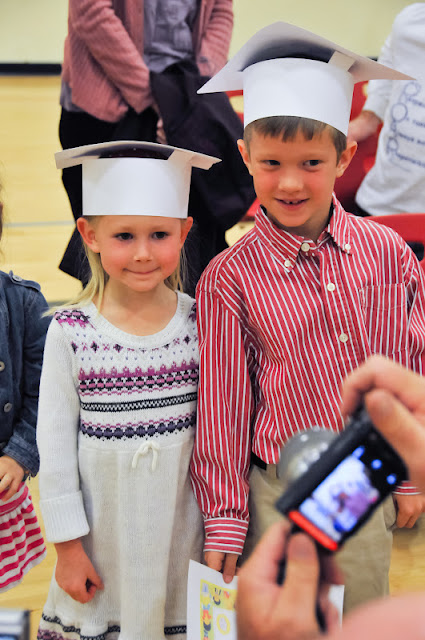 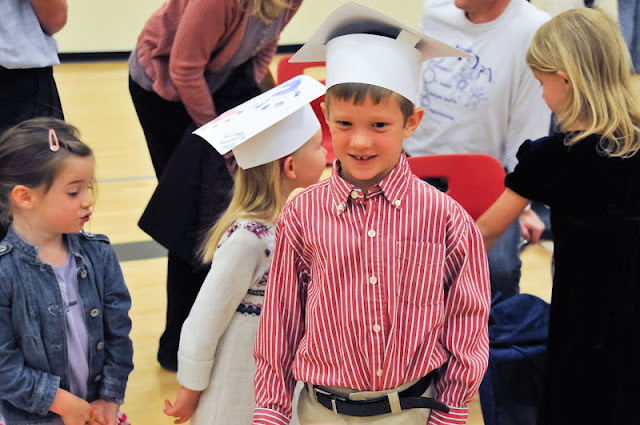 Precious! Little man is growing up!