Thomas loves soccer.  I've known this for years, but it still surprises me sometimes.  He did really well this season.  His ball handling skills improved a lot which gave him the confidence to dribble around his opponents.  He generally scored a couple of goals in each game...a few pretty impressive goals I might add.  He also learned some lessons about sportsmanship.  Thomas is incredibly competitive.  They still "don't keep score" at these games...really everyone keeps track in their heads, but they don't focus on it.  Their team is very good and generally wins.  There is one team they play, however, that beat them every time this year.  It drives Thomas mad to be behind in a game.  His whole demeanor changes and he starts playing desperate...trying to catch up.  We talked about sportsmanship and that helped a lot (perhaps my threats to pull him out mid-game and make him sit by me on the sideline if he was a poor sport helped too?).  It really doesn't bother me that he is so competitive.  I think a healthy dose of competition motivates you to be better.  He is just still learning how to control it.  He improved a lot!

I love this series of his goal kick.  He really has a strong kick! 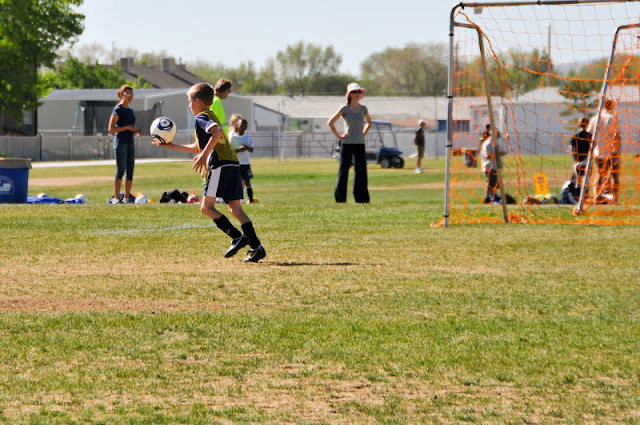 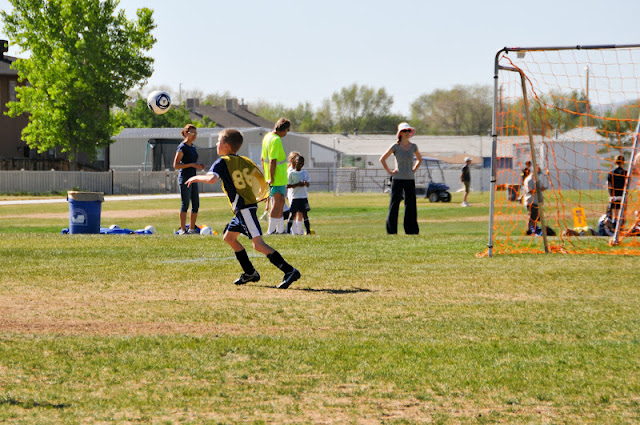 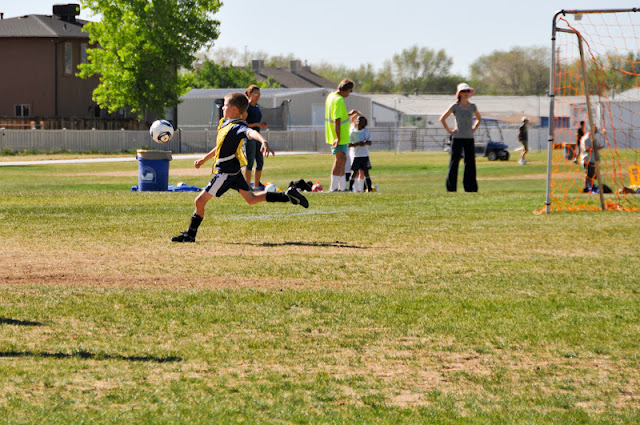 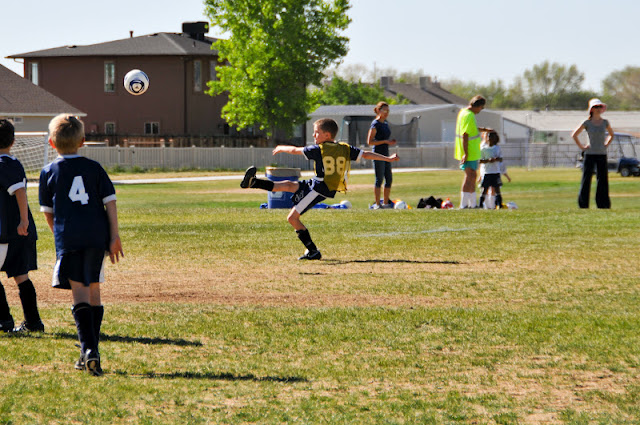 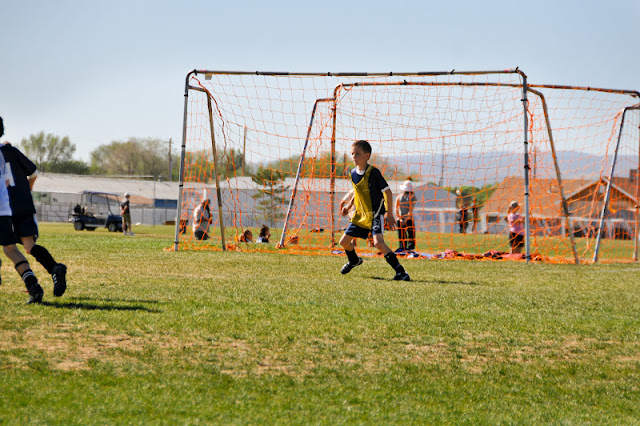 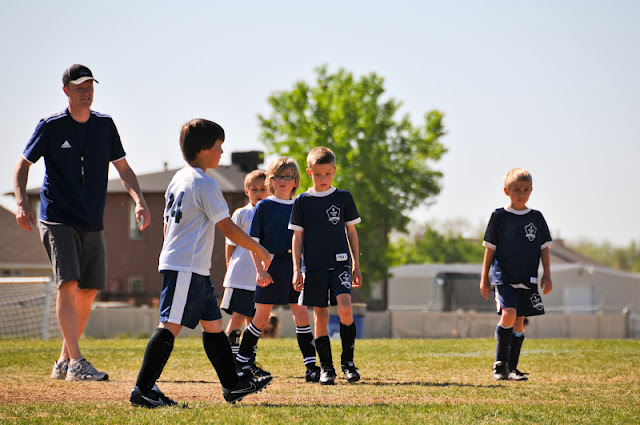 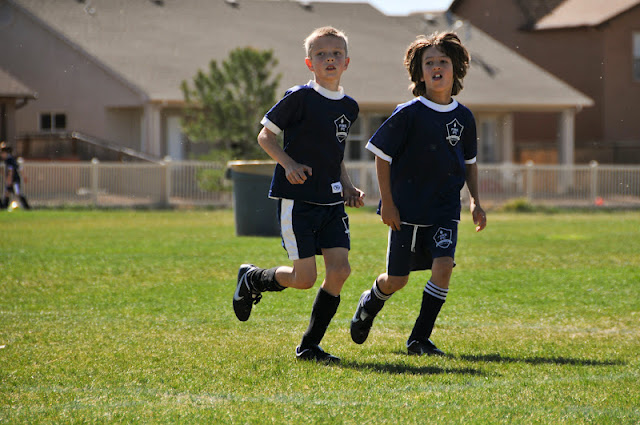 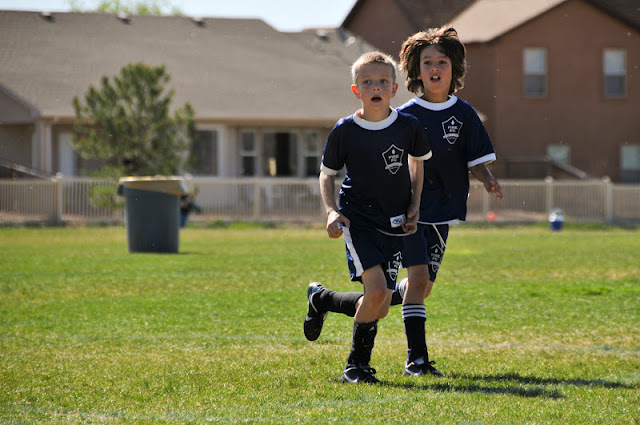 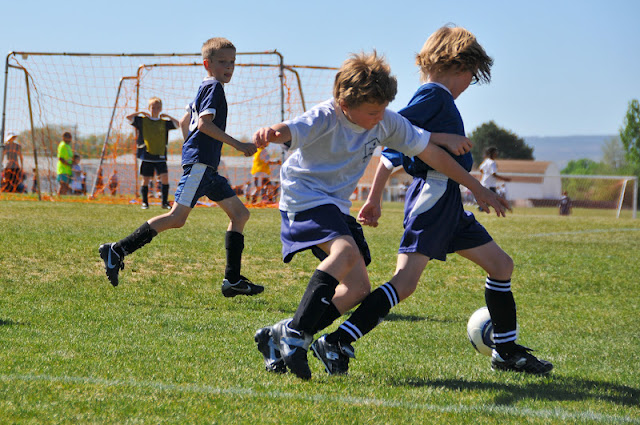 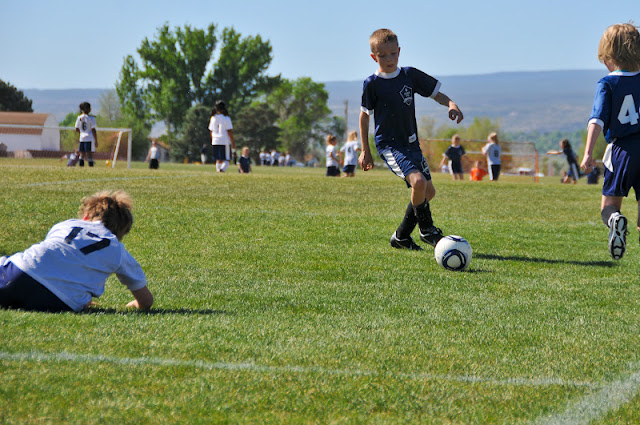 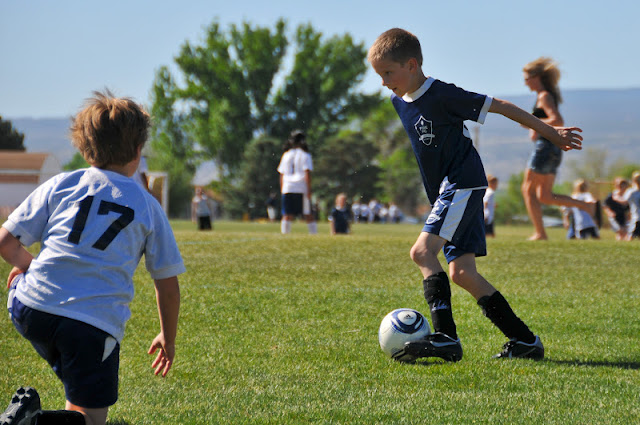 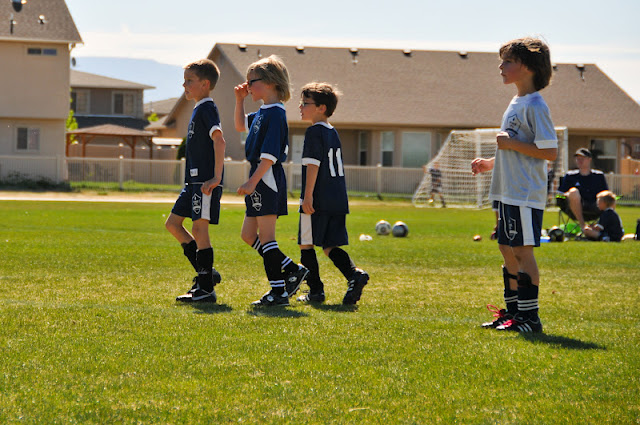 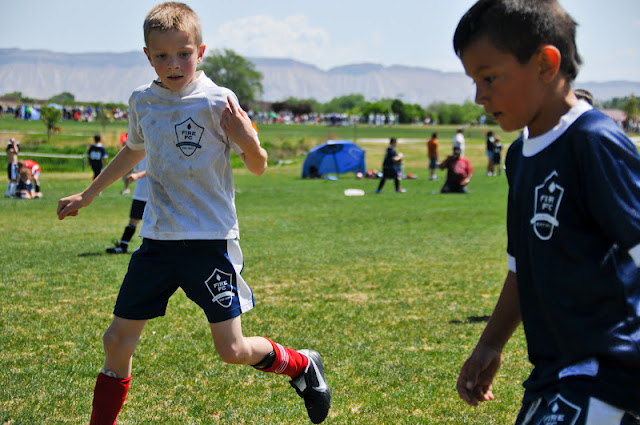 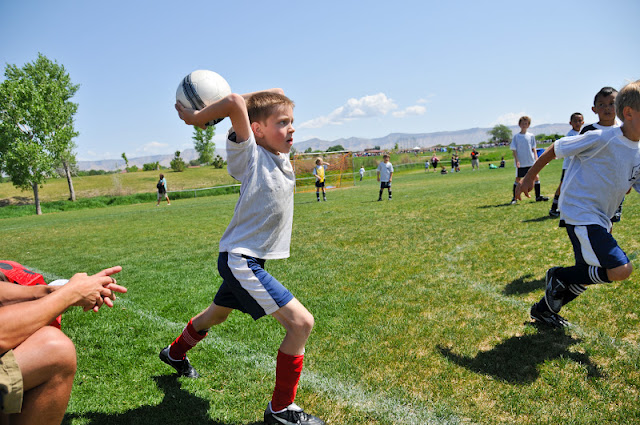 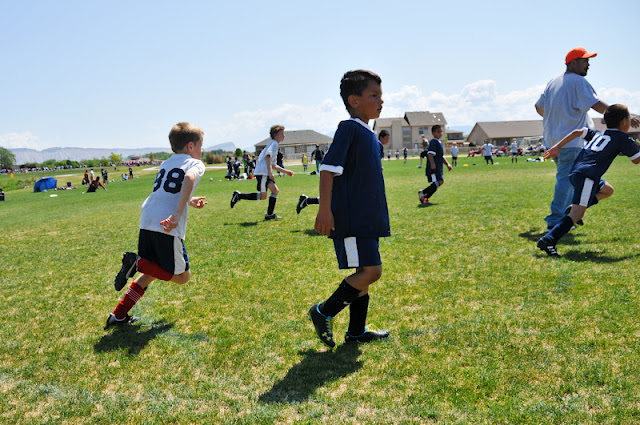 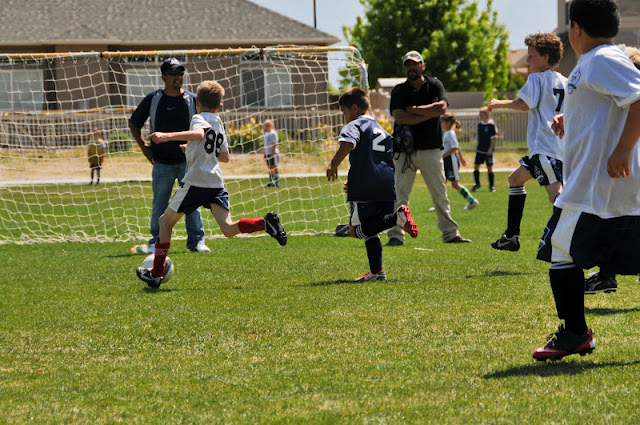 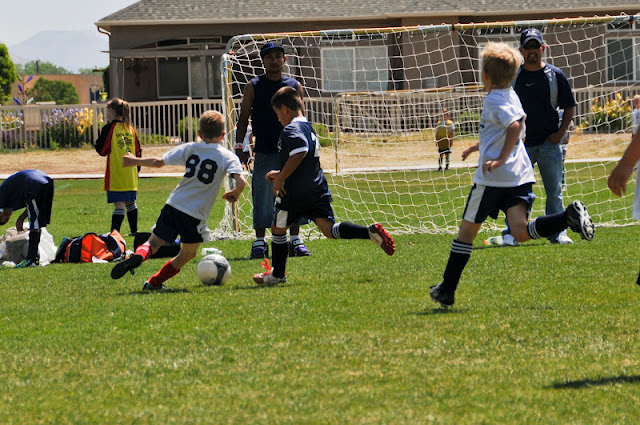