A few weeks ago we went on a hike with Jackson's brother's family on the Monument. We all stayed together for a while, but when Estella decided she would rather walk than ride in the backpack her pace was a bit too slow for the rest of the crew. Jamie and I took things Estella's pace, along with Nicholas who likes to examine things along the way. We had almost made it to the waterfall when Estella decided she would just like to sit and play in the sand. Jamie took Nicholas the rest of the way and I am glad she did. Everyone had climbed up to some small pools of water above the waterfall and discovered bunches of little frogs. There were so many that they were fairly easy to catch, so everyone got to have a turn holding them. I was also glad that I had asked Jackson to carry my camera, because he was able to get pictures of the fun. 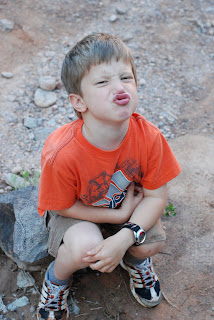 Nicholas liked looking at the frogs, but he wasn't so sure about holding them. 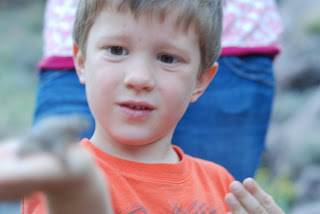 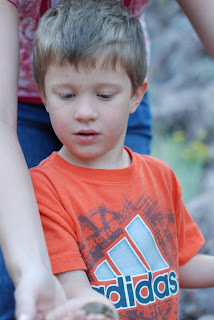 Thomas was very excited that he was able to catch some all by himself. 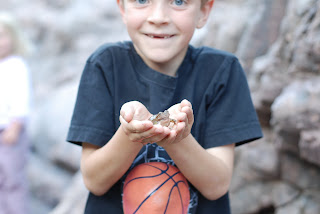 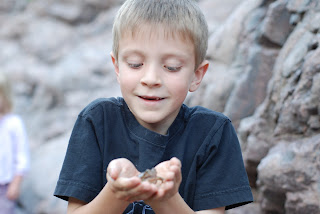 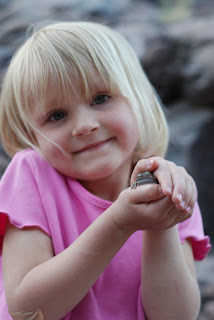 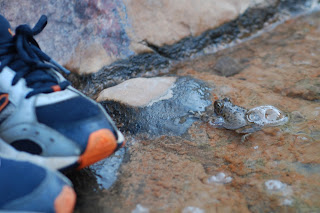 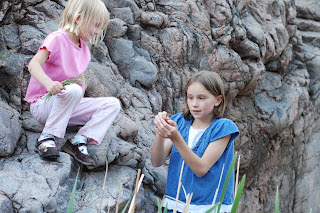 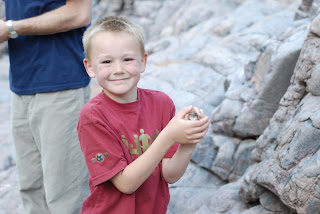 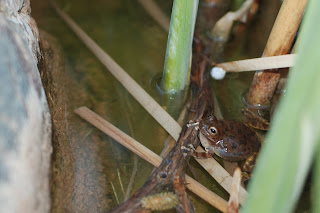 Family shot before the hike. 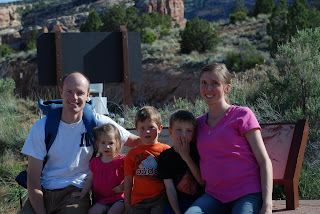 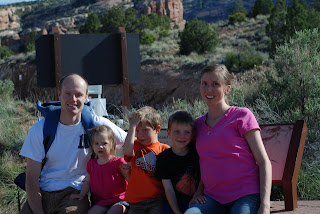 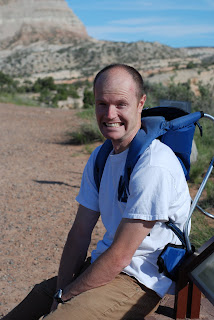