I enrolled Thomas in two camps this summer that were both recommended to me by two seperate teachers at his Elementary school. The first was a week long science camp. He came home every day with multiple hands on projects and a lot of excitement. The last day families were invited to watch the rocket launch. Each child built a rocket out of a soda bottle. There were different challenges extended: make it look good, make it fly high, and make a compartment to house and protect an egg during take-off and landing.

We had such a fun time designing and building the rocket together. Thomas took a nerf ball we had, cut off one end, and hollowed out a space in the middle for the egg. Jackson and Thomas made curved fins out of a cottage cheese container hoping they would make the rocket spin in the air. We spray painted it black and put electric tape lightning bolts on it for decoration.

We were surprised at how high the launcher flew the rockets! It was very fun to watch. Thomas was one of the last of about 50 children to fly his rocket. His was among the highest flying. The egg had no hope, though! It was a good idea, but with how high that rocket flew and how fast it came down, nose first, the egg just exploded! 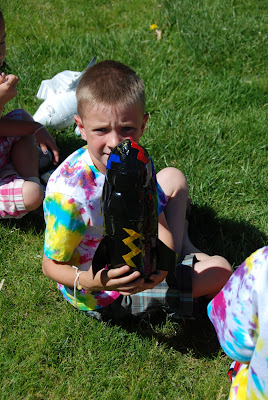 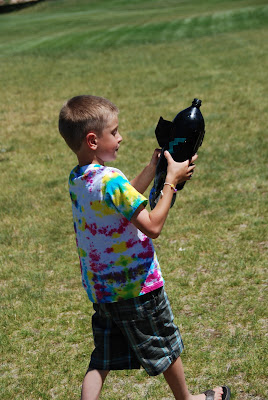 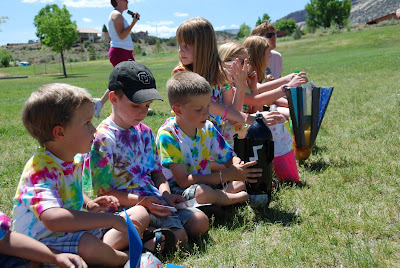 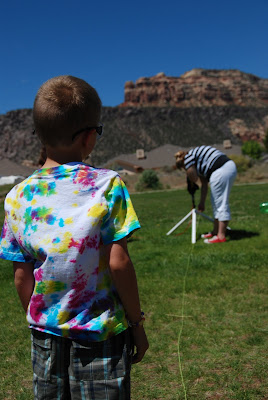 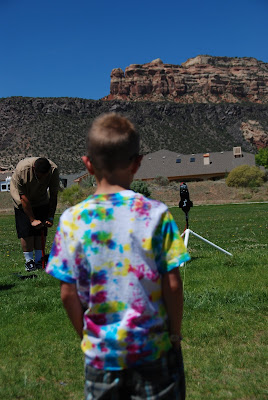