It is traditional when you are learning an instrument the "Suzuki way" that you do a recital after you finish each book. For those who aren't familiar with the Suzuki method, when you learn a song you don't pass it off and then stop playing it when you move on to the next song. You review and review and review. In fact, for us more practice time is spent reviewing than learning new music. This was foreign and new to me, but after going through it with Thomas I am 100% completely sold and convinced that it is a great way to go. I could go on about how and why, but I'll spare you :)

Thomas is actually almost through Book 2, but we just did his Book 1 recital. I am actually glad that we waited so long. It gave him a chance to more fully internalize and polish the pieces. He did a fantastic job and felt very good about his performance. I (as the accompanist) made more mistakes than he did by far! We held the recital at the Fountains where Grandma Berry lives. Unfortunately, she had been sick and the staff had quarantined her to protect the other residents, so she had to stay in her room. After the recital Thomas went and played a few songs for her in her room. Grandma Chelle, Bubba, Grammy, Uncle Judd, Newell, Brynne, Juliette, Aunt Julia, Ethan, Aiden, and our little family all attended. We also attracted a few passersby who stayed and enjoyed the music.

Thomas wrote a story with our help to make it a bit more fun for the audience. I'll add it here so we can remember it. The pieces he played are in parenthesis.

Once there was a farmer (Happy Farmer), we’ll call him Cliff. Cliff went to Thomas’s Book 1 recital to listen to Gavotte (Gavotte). He was so happy; afterward he did two dances (Minuet 1 and Minuet 3). That night he went camping by a little brook. As you know setting up camp involves a lot of back and forth, but for an experienced camper like Cliff it went smoothly (Allegretto). Before bed he looked up into the sky and saw his favorite star, the North Star (Twinkle Twinkle Little Star). While he was laying there looking at the stars, he heard something. When he looked he saw a fox. It was running like the wind (Song of the Wind). After he watched the fox, he lay there thinking of a time long ago (Long Long Ago). His thinking carried him off into dreamland and he had a pleasant dream about when he was a child (O Come Little Children). It was already mid-day when he awoke and he saw a grasshopper on a floating leaf in the brook by his camp site. It was floating away (Andantino). Cliff went out on his boat to follow the grasshopper (Lightly Row). The grasshopper was going very fast (Allegro). The farmer had to row quickly to catch up with him (Perpetual Motion). He bumped into a rock. His boat got a big hole in it and sank to the bottom of the brook. He swam to the shore and started walking home (Etude). As he was walking home, he was thinking about the good things about spring…birds and flowers (May Song). Springtime reminded Cliff of his Aunt Rhody, who loved yellow daffodils (Go Tell Aunt Rhody). His family was so happy when he returned home they all did a dance (Minuet 2).
The End 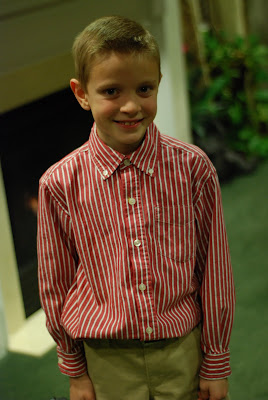