We had a great 4th of July. We invited a few kids from around the neighborhood to decorate bikes and have a little 'parade.' It was really laid back. I think the kids had a good time. I told Thomas ahead of time what we would be doing and he wanted me to lead the parade holding a flag on a big stick. The things you do for your kids! He made the flag and taped it to a BIG stick and made sure to remind me to head off the parade. I felt a little silly, but it was fun. I jogged ahead with the big kids and the other parents went slow with the little ones. 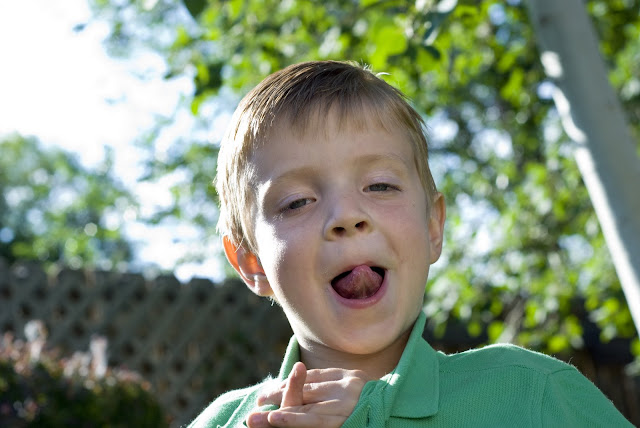 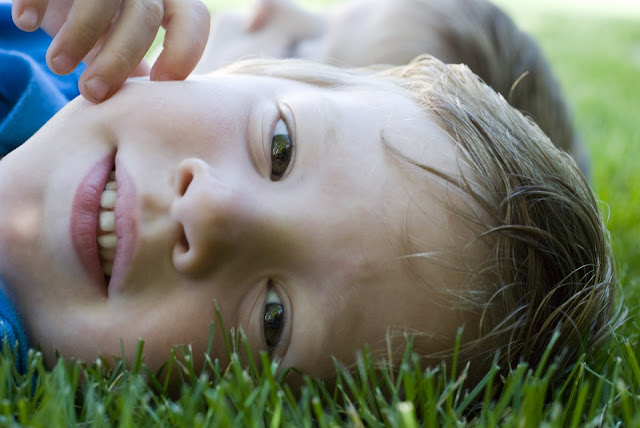 I don't have a picture of this, but I want to tell it anyway. For dinner on the 4th we ate at Jackson's bosses house. He made some delicious ribs...soft meat, scrumptious spicy sauce...they were good. Estella was sitting on Jackson's lap and she grabbed a rib bone off his plate. I thought she would take one taste and not like it because the sauce was pretty spicy, but she started in on that thing and wouldn't stop for anything! She worked on that bone for a good hour and a half! She cleaned every morsel of meat, fat, and sauce off it. It was so funny to see her munching on it.

The night of the 4th we spent with Jackson's family lighting off fireworks in his parent's front yard. His dad had taken a trip though Wyoming and he picked up a lot of fun fireworks while he was there. It was a fun day.

Sunday I stayed home from church with Estella when she was sick. There was a little bit of time when she was acting happy, so I took her outside to take some pictures of her adorable-ness. I got one happy face.... 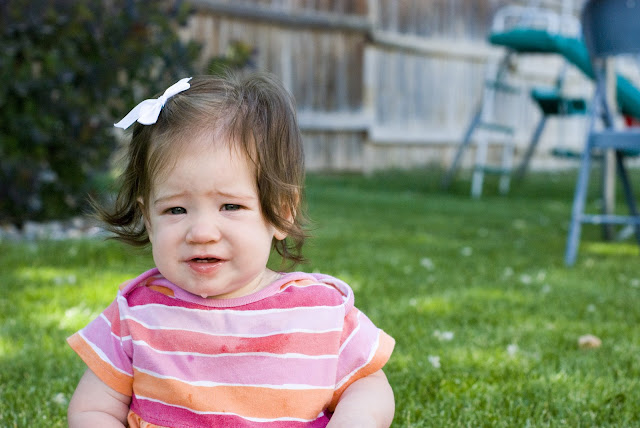 And then about 8 sad faces. Is is mean to take a picture of your baby crying? 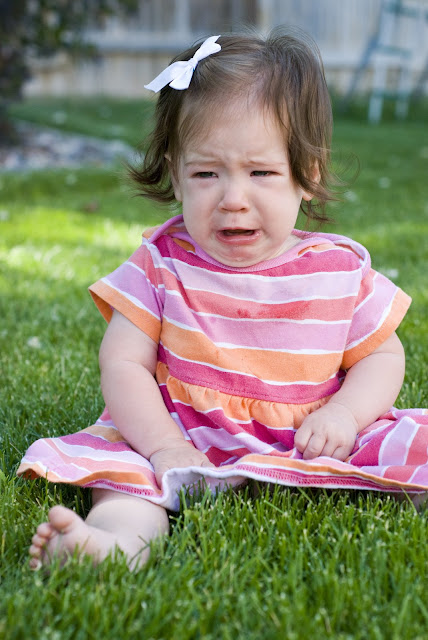 No it's not mean! I'm sure they'll look back at that one day and laugh :). By 'fun' fireworks, do you mean illegal :). I love that you ran w/the kids...the things we (parents) do for them! I wish someone would have got a picture of you running w/them holding the flag, I would've loved to see that! Fun times!

Sounds like a fun 4th. Sorry about sick kids. I've never had to deal with that, and it is one of my worst fears.
Your pictures look so beautiful. You really have a talent! I think that is awesome you are pursuing it!

No-you need to have the pictures of the sad faces because they are so darn cute!