We had such a blast at Ragged Mountain last weekend. We went with Jackson's parents, and his siblings with their kids...his brother and wife have 4 kids and his sister and husband have 2 kids. So total we had 9 adults and 9 kids...it was great! Here are a few pictures. More will be coming soon.

Thomas, Ethan, and Newell. They were playing good guys and hunting for bad guys. They decided that Thomas could shoot flames, Ethan could become a gator and chomp the bad guys, and Newell had some sort of magic whistle that could do something ultra special. I'm sure I got that all wrong, but it was something like that. They had a blast together. 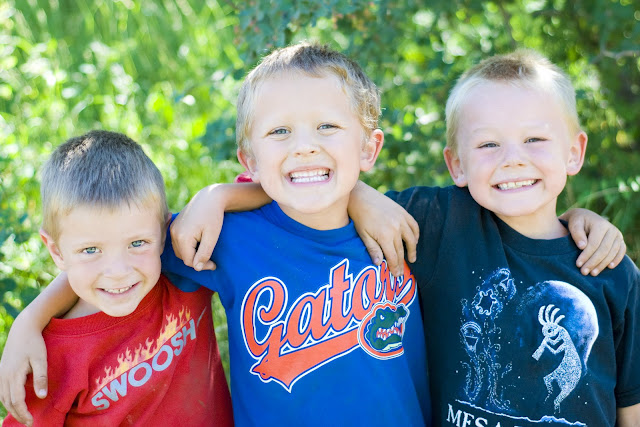 Sweet little Juliette. She was trying to dangle her feet in the water, but it was just too far. She ended up just standing in the water. 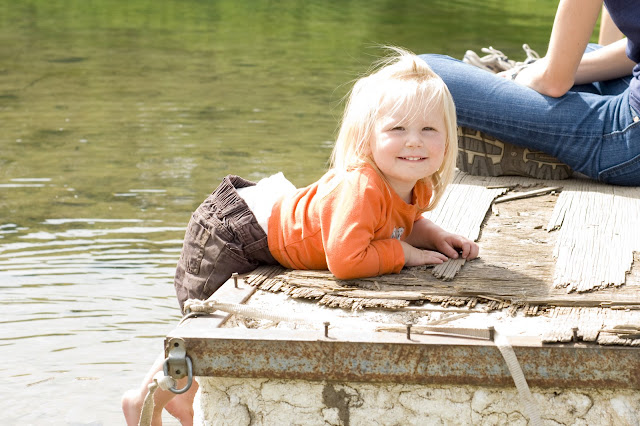 Going for a hike (walk). Me, Nicholas, Brynne, Grandma Chelle, Juliette, and Amber. It's not the best picture, but I love Nicholas' filthy face. I don't know if we have all ever been as dirty as we got that weekend. It was great. 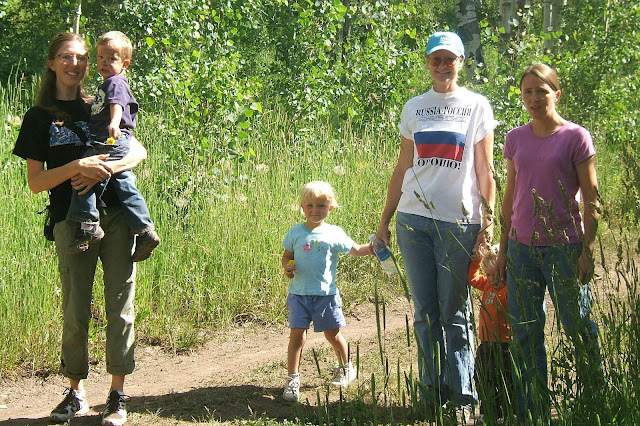 Clarissa caught a fish! This was her first fish to catch. It was a rainbow trout. Because it is private land, we didn't need a fishing license, we just had to pay $3 for each fish we caught and kept. We paid, cooked the fish, and let all the kids taste it. 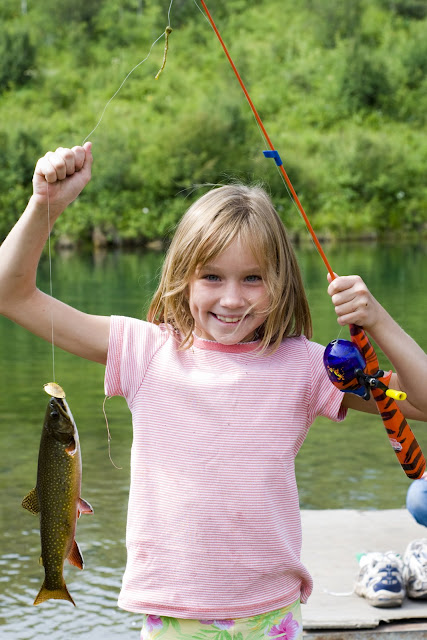 I love the expressions in this picture. Clarissa is full of admiration of her beautiful fish...her mom is interested, yet disgusted, and Newell looks a bit jealous. It is great. 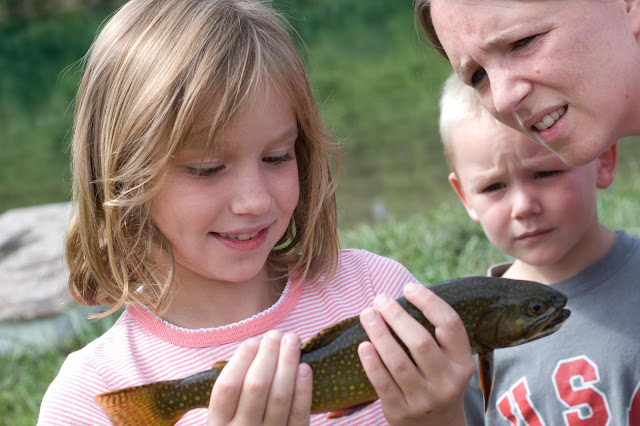 I can't wait for next year when we get to go again!

I love that when they played good guys they used their shirts for inspiration!! Kids just crack me up.

Cousin camping time is great bonding!!! How fun for them to get to eat what they caught. Oh, and don't get me wrong, Jen... I have my moments (and days) when my buddies would be more appreciated if they would happily play toghether, with toys staying IN the play room. But aren't those moments we can enjoy together despite the loads of laundry just precious?!

April said...
This comment has been removed by the author.
9:04 AM

I love the pictures...especially that last picture because of your description. So true.
By the way, you are ultra skinny, Jen. Why am I not surprised?

Fun! We drove through GJ last weekend and Steve said "I would sure like to spend a few days on Ragged Mountain"! Some of our favorite family memories are there. How fun to go with so many family members!

You take the best pictures, Jen! So beautiful! And your children are all so adorable, and I love Estella's hair!