Thomas's second pinewood derby was a success.  He designed and cut his own car.  He painted it and Bubba helped him weight it correctly and get the wheels put on just right.  He won a race or two and lost a race or two and then was out of the running.  I was very proud of his good sportsmanship.  I have mixed feelings about the pinewood derby.  It is so hard for me to see so many boys disappointed.  There were about 25 boys racing cars.  Each of them had put so much time and effort and emotion in to making their car the best they could.  They all wanted so desperately to have their car be the fastest.  It is so hard for me to see 24 boys feel like failures and only one boy feel like a winner.  I do think there are good lessons to be learned through it, but there are also a lot of dashed hopes.  Maybe it would be better to not build it up so much.  Maybe we should all come the night before and have the same 2 hours to work on the cars and then race in the morning.  That way there wouldn't be so much emotional energy built up.

It was a fun morning and I really am glad that Thomas has a loving grandpa who takes the time to work with Thomas on his car.  He is a lucky boy.  Those memories with his grandpa are the ones I am happy for. 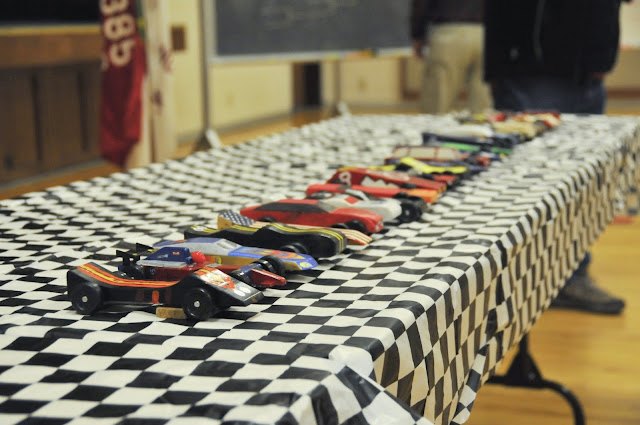 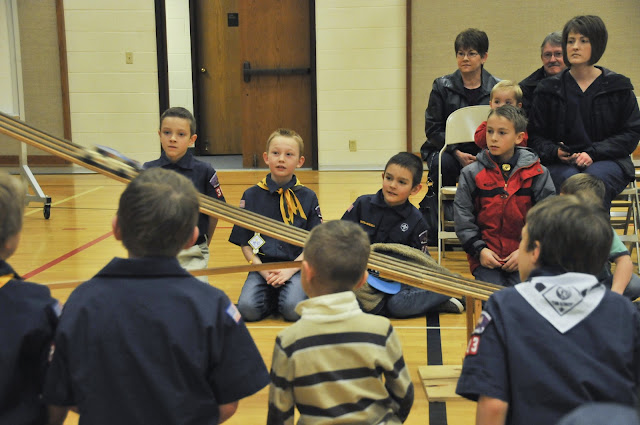 I think it's hard to lose for some kids, but like you said, it's the experience of making it and spending time with Dad and Grandpa that matters. Thomas has another year though, maybe Chris and Jackson can work on the cars together next year and share tips.