These pictures are priceless to me.  I have a REALLY hard time getting natural pictures of Alexander because as soon as he sees or hears the camera he breaks out his cheesy grin (it is an adorable cheesy grin, but not his natural expression).  I was hiding behind the wall in the dining room using my zoom lens...it is a miracle that anything is actually in focus because it was a really dark day.  Alexander adores Eleanor.  I know it doesn't look like it in the first picture...that picture just cracks me up!  I think he thought she was trying to take the book from him.  He really does adore her.  He gives her "lufs and queezes" whenever he gets a chance.  He is also always giving her kisses, but it doesn't work out very well because he kisses her mouth and when anything gets close to her mouth she tries to eat it.

P.S.  The quilt he is sitting on is amazing!  Grandma Chelle made it for Alexander when he was born.  We now have it hung on the wall in his room.  It is a peek-a-boo quilt and has twelve or so flaps with a different animal under each flap.  There is a big bear in the middle that is covering his eyes with his hands.  It is a phenomenal quilt! 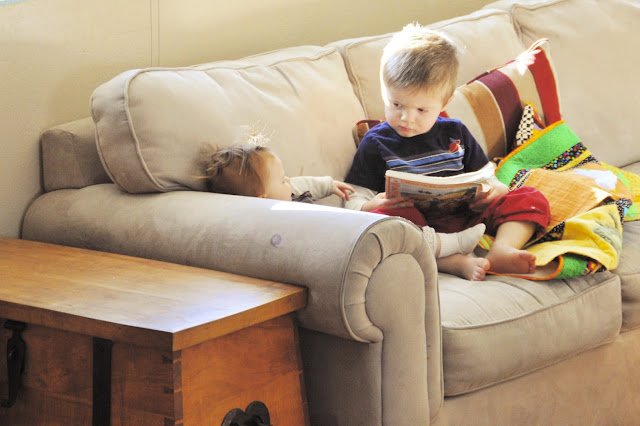 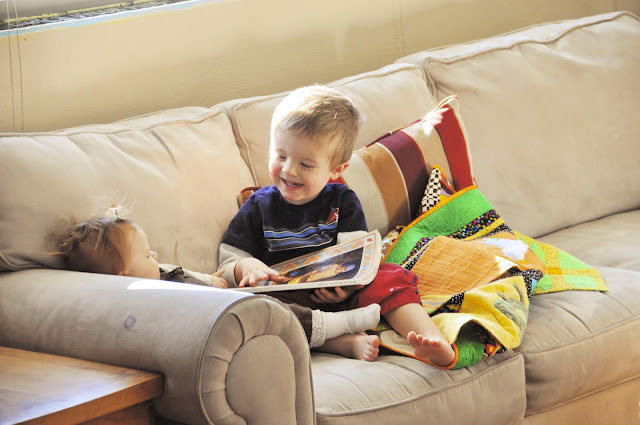 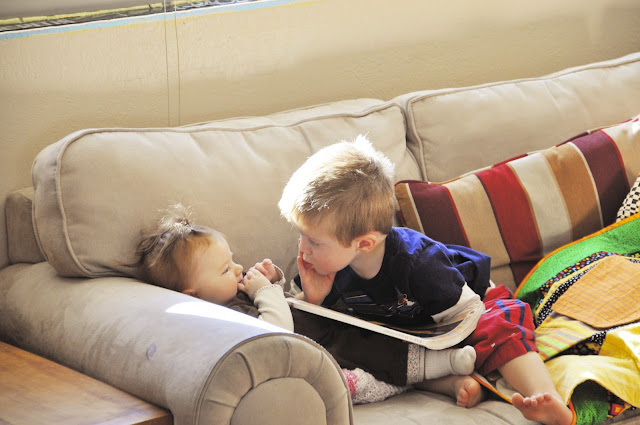 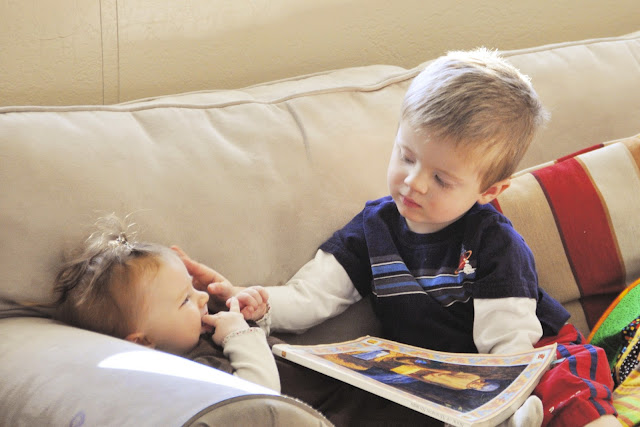 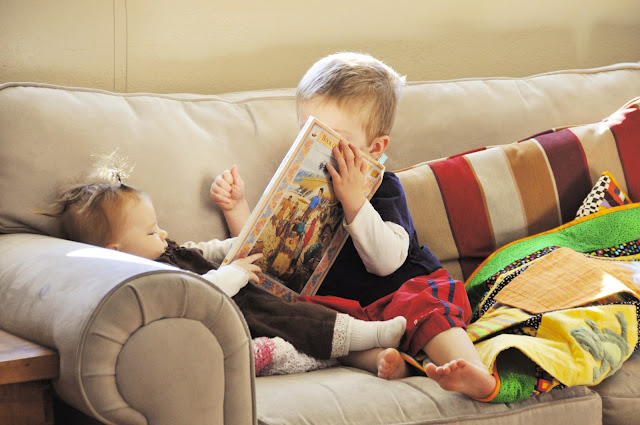 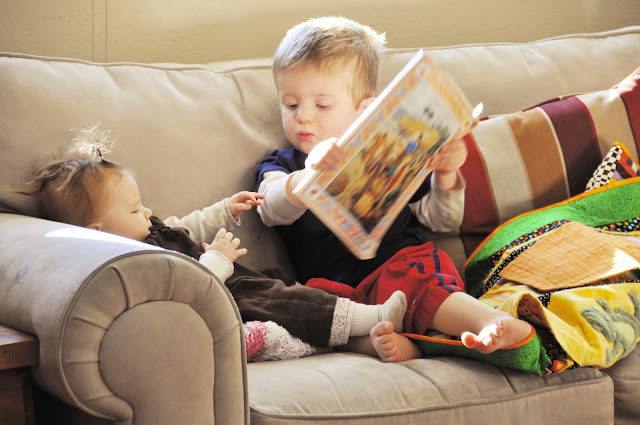 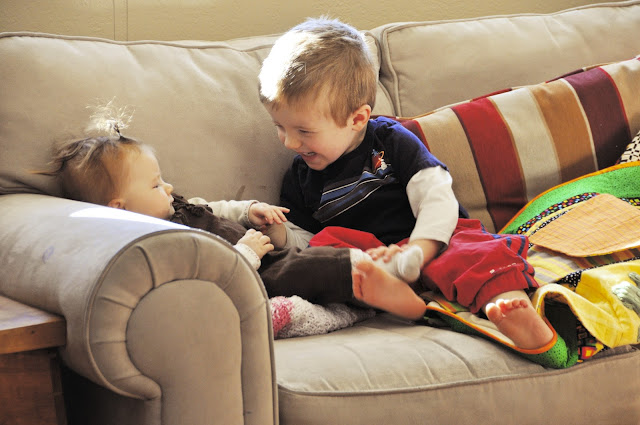 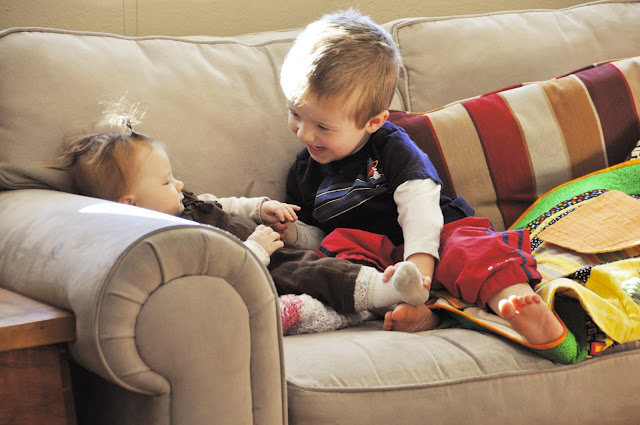